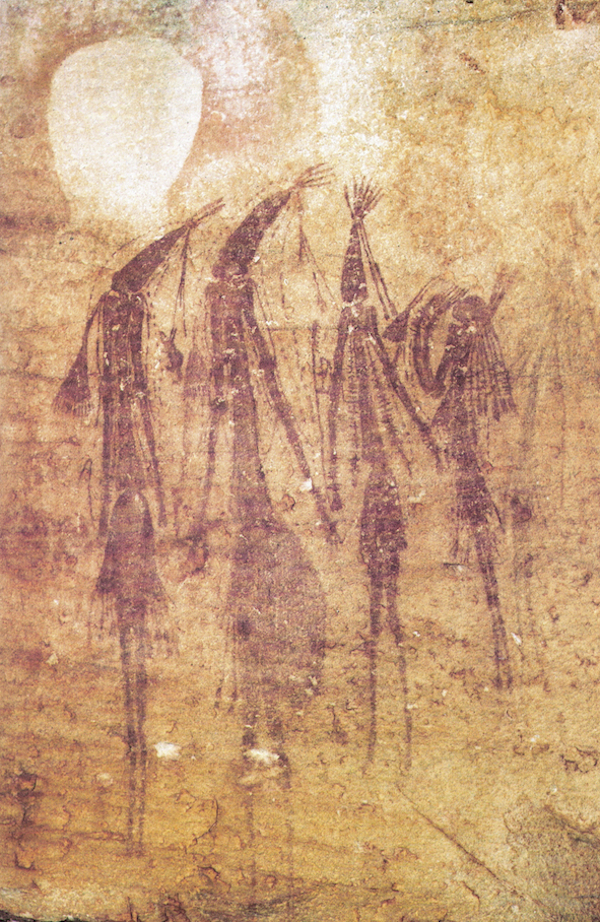 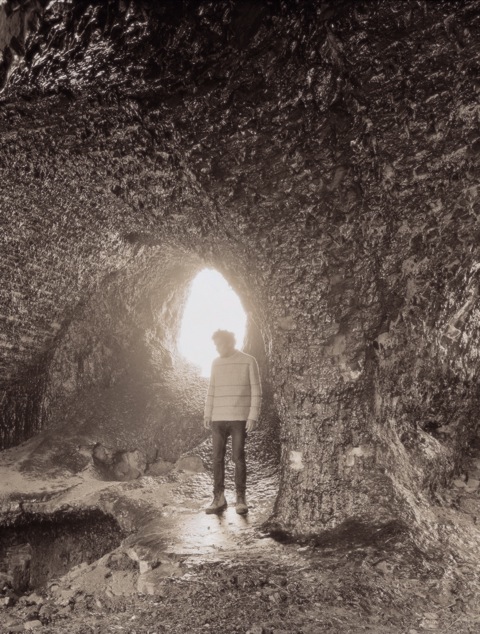 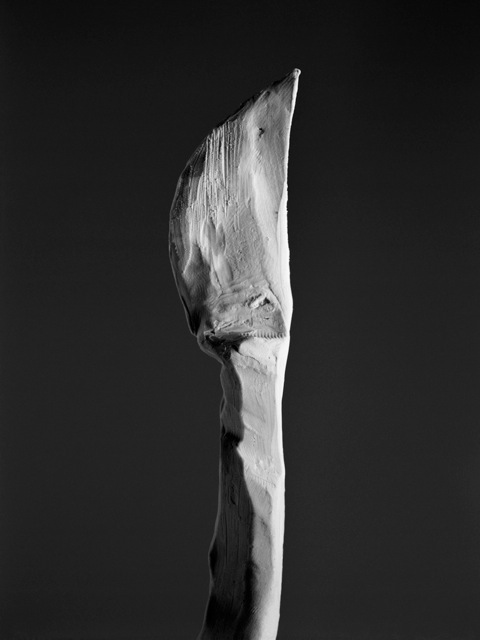 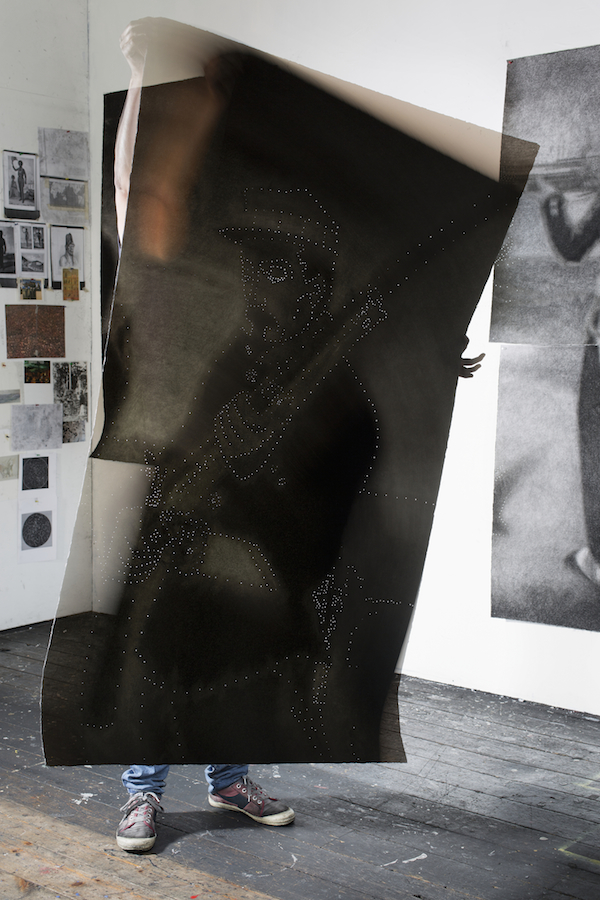 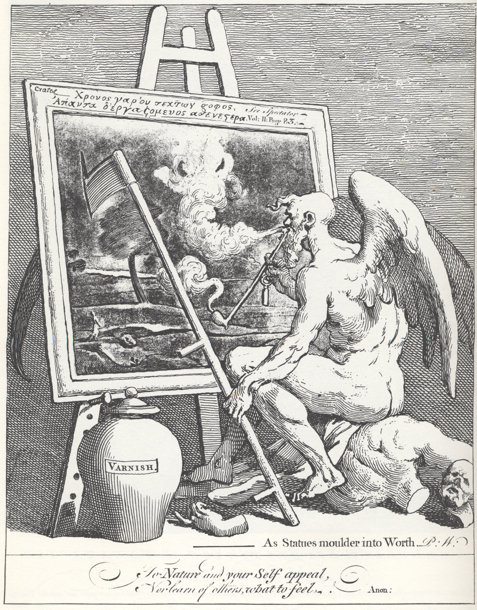 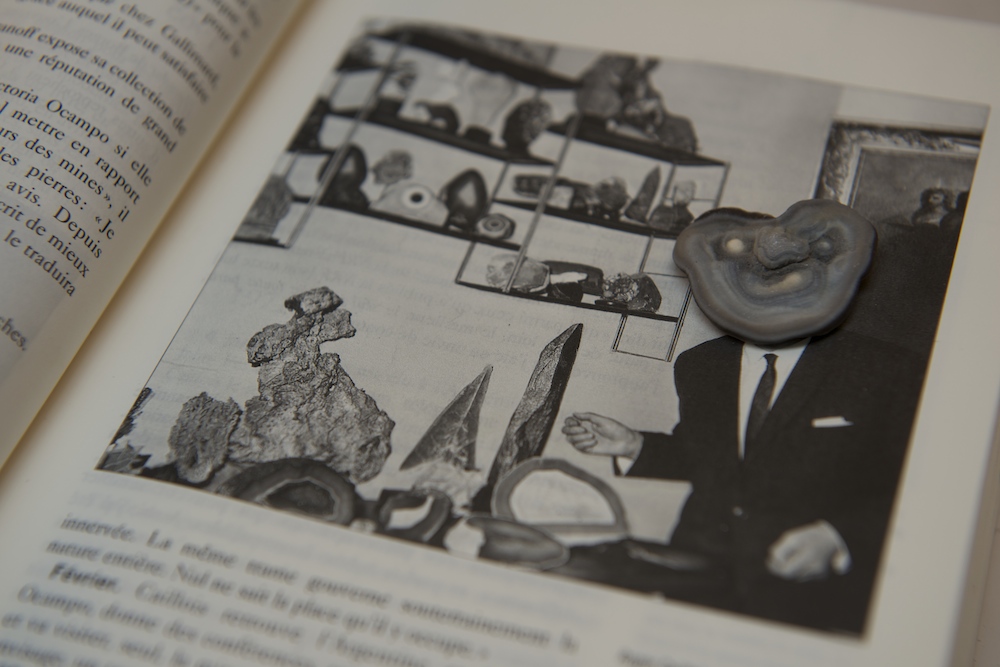 In 2010, a team led by Jack Pettigrew of Queensland University examined a significant number of the prehistoric Gwion Gwion paintings in North-Western Australia, aiming to contribute to the contentious subject of these works’ dating. The study found that the paintings had been colonized by red bacteria and black fungi, a biofilm of ‘living pigments’ whose rejuvenation (cannibalizing on preceding generations) and symbiosis (an exchange of carbohydrates and water) account for the paintings’ chromatic vividness, in spite of the drastic changes in temperature or humidity to which they are exposed. Bacteria and fungi coproduce a process of permanent self-painting, while etching the pictures deeper into rock: eroding the quartz wall in their photosynthesis, the microorganisms preserve the integrity of images by reproducing in situ and creating concave frames for the painted surface. At least 40.000 years old, almost exclusively anthropomorphic, ‘alive’, the Gwion Gwion paintings maintain an idiosyncratic pictorial temporality and economy – or ecology – of signification. They are as much a product of prehistory, of a paradigm that pairs life, knowledge, image and world in ways we can only speculate upon, as they are made now, in a radical contemporaneity. What they mean cannot be disentangled from what they are, from the chemical and aesthetic metabolism that regenerates their remarkably fine contours.

‘Allegory of the Cave Painting’ takes these paintings as mental model. The project – consisting of an exhibition in two parts and a reader – assembles artworks and theoretical propositions in a polyphonic response to these ‘living pigments’, their impact on art-historical notions and historical positions, on ideas of contamination and colonization, image and embodiment. Disrupting our imagination of ‘origins’ – scenarios where our ancestors toil at the edges of intelligibility and ‘identity’, the Gwion Gwion paintings challenge a central archaeological metaphor: the inaugural moment of symbolic activity, an awakening where we begin and something that eludes us, that is fundamentally unfamiliar, ends. In other words, they perturb the ways in which modernity frames prehistory as allegorical interlocutor, so that it can establish an uninterrupted descent from it. This rhetorical edifice and constructed inevitability obscures a continuum of zigzagging histories, forgotten technologies and unintended outcomes – a mirror effect between, in the words of David Lewis-Williams, “the mind in the cave” and “the cave in the mind”.

The Extra City segment of the exhibition engages the Gwion Gwion paintings as an organism that extends across plural temporalities and scales, and reflects on methods of making and thinking about pictures, on the scenographies of light and shadow that accompany myths of the origin of painting and the birth of knowledge. ‘Allegory of the Cave Painting. The Other Way Around’, at the Braem Pavilion of the Middelheim Museum, is structured in concentric circles around particular works from the museum’s collection, and dwells on a dialectic of intimacy and comprehension, closeness and opacity, in our relation to artistic objects. The project works through the paradoxical nature of its pretext: ‘art’ and ‘life’ to equal, unknown extents, conservation and infestation (or contamination as an eminently productive force), reproduction (a word whose two senses overlap here) and intentionality, shared between an anonymous primordial maker and a work that seems to engender itself. It asks if and how these composites, these collaborative contrasts, can be conceived as devices of sense-making, providing an alternative orientation in the thickness of the contemporary. Through juxtapositions within and between the two segments, ‘Allegory of the Cave Painting’ aims to articulate an allegorical stage where a response can be formulated to what the Gwion Gwion paintings, from their antipodean distance, might be telling us, to the web of antonyms in which they capture the categories of our thinking about images, materiality and time.

Thanks to
The exhibition enjoys the generous support of the Willame Foundation, Brussels.
The reader of the project is kindly sponsored by Plan B Gallery, Cluj/ Berlin.
In collaboration with Middelheimmuseum, Antwerp.
Additional support is provided by Mondriaan Fund, The Netherlands; Pro Helvetia, Switzerland; Office for Contemporary Art, Norway; Australia Council for the Arts; Cinema Zuid, Antwerp; M HKA, Antwerp.

Publication 'Allegory of the Cave Painting' - Available in the bookshop! 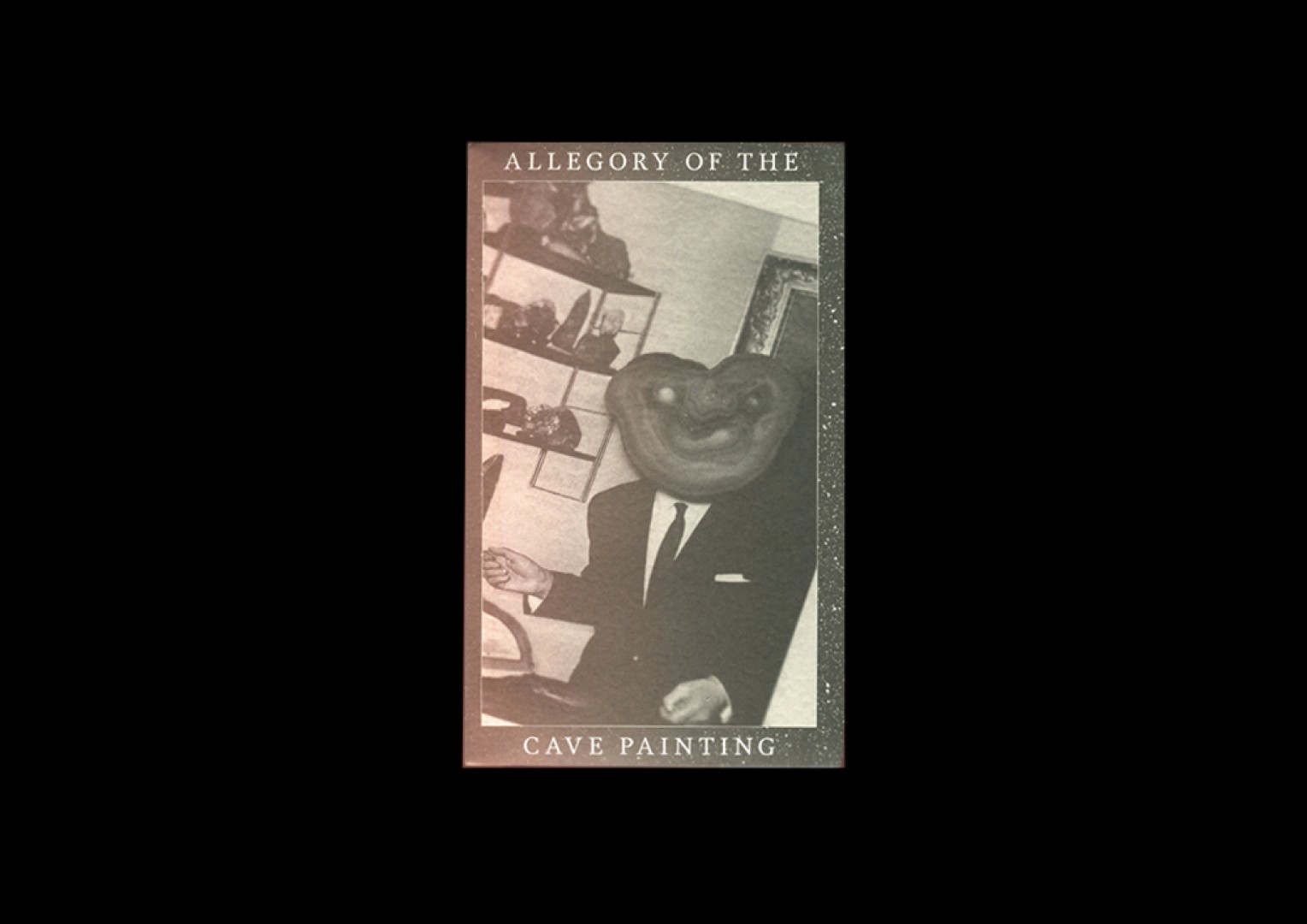