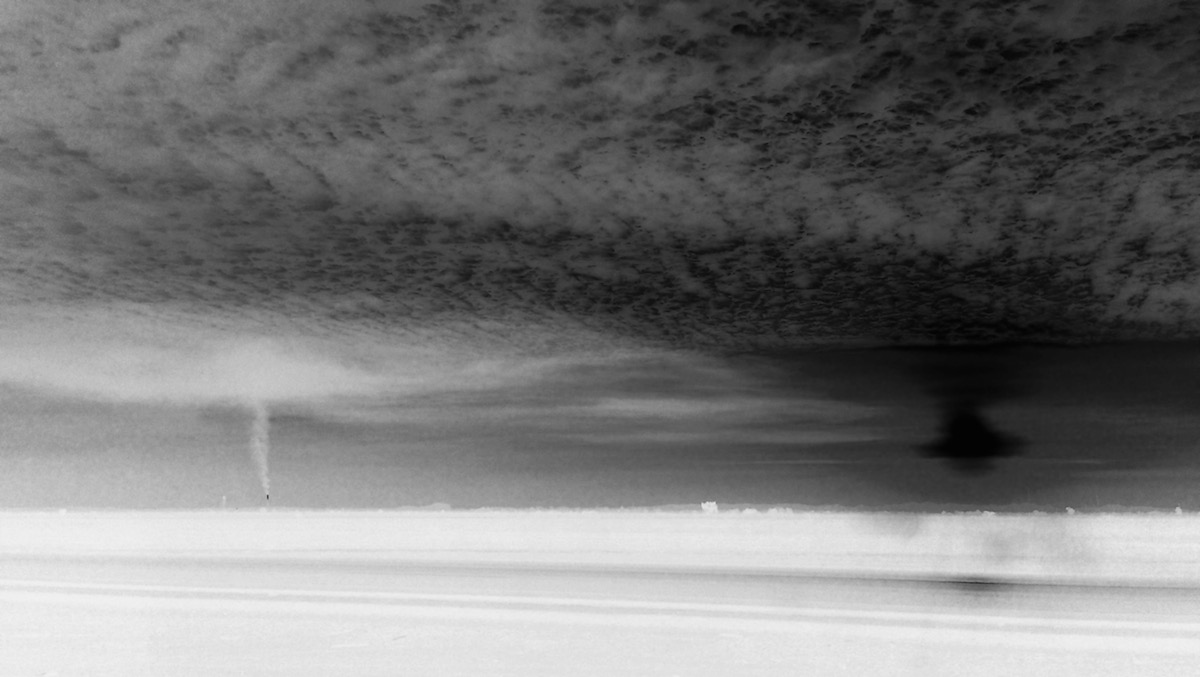 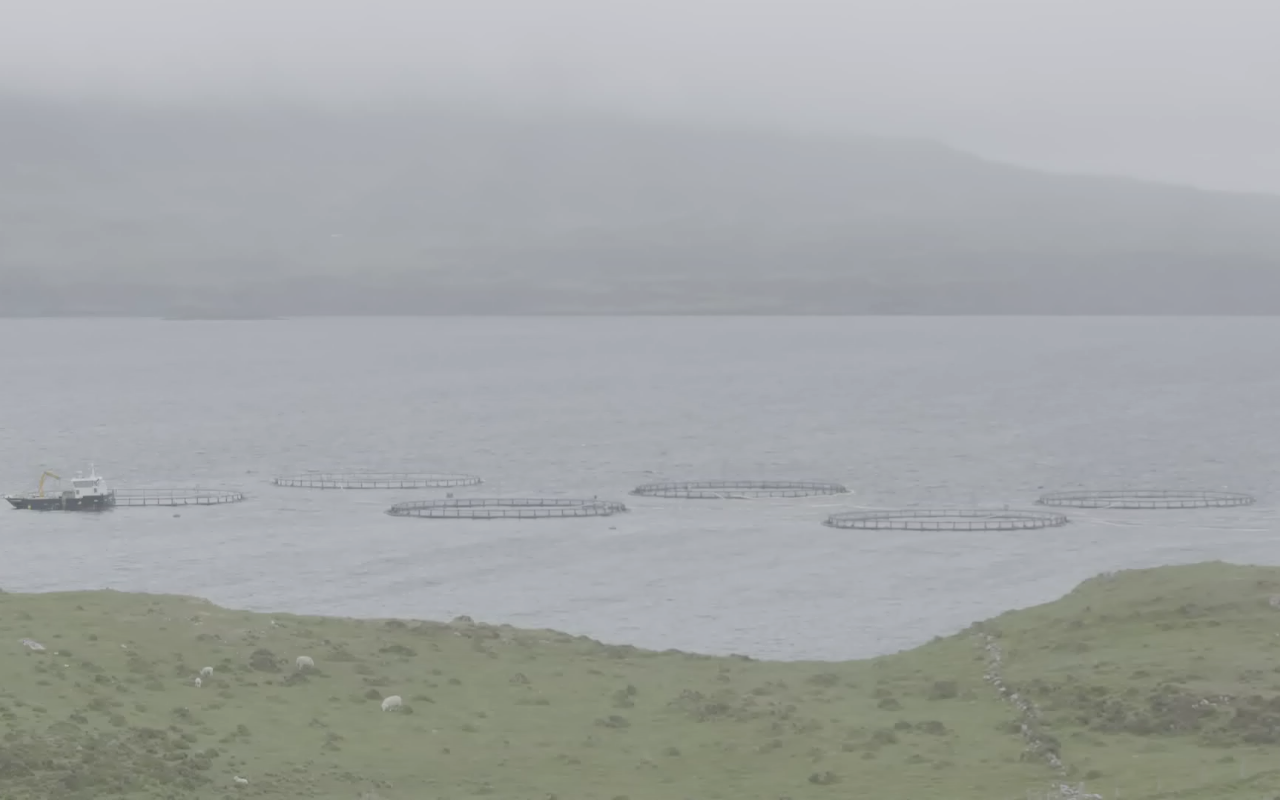 How can we think about a shared ownership with regards to toxicity?
For the closure of the exhibition ‘Deadly Affairs’ artists, researchers and scholars in the environmental humanities will gather to dissect and debate the many entangled thematics embedded in the artworks and research on display, from the causes of climate crisis and environmental injustice, to how to live with them.

14:00 Guide tour of the exhibition ‘Deadly Affairs’
by the curator Antonia Alampi

15:30 ‘The impossibility of an Island’
lecture by research curator Caroline Ektander

16:00 ‘Share the Bliss, Share the Burden: A Debate on the Toxic Commons’
by researchers Ayushi Dhawan, Maximilian Feichtner, Simone Müller and Jonas Stuck

MORE INFORMATION ON THE PROGRAMME

- ‘The impossibility of an Island’
Lecture by research curator Caroline Ektander

The ‘Small Isles’ are a tiny island cluster off the West Coast of Scotland who have always had to fight hard to survive in the periphery. Now is no different. Brexit, dwindling EU subsidies and the falling price of lamb are making the islands increasingly vulnerable to the new colonizers of the isles – the giant fish multinational Mowi – who are keen to appropriate the coasts to industrially farm salmon. This presents each island with an ethical test of governance: accepting the fish tanks is pragmatic – providing new families and jobs needed to breathe life into their dying island communities. However, the invisible stream of chemicals expelled by aquaculture combined with the uncontrolled mating of wild and farmed salmon, is drastically rearranging the aquatic environment in the isles to a point of no return.

Based on the case study of salmon farming in the Small isles and with the aid of narrative and visual means, the talk by Caroline Ektander will attempt to make visible the scalar forces that shape toxic spread and show just how interconnected everything is. Particularly an island.

- ‘Share the Bliss, Share the Burden: A Debate on the Toxic Commons’
by researchers Ayushi Dhawan, Maximilian Feichtner, Simone Müller and Jonas Stuck

Smog in every major city, rivers stained with oil spills, and public greens lost to industrial development — people all over the world face the dire realities of living in polluted environments. Often we discuss these environmental problems in a localized context but actually, they diffuse across the globe with different outcomes. People aspire to use, share, and regulate common natural and cultural resources. And contamination very often extends to these public spaces and resources beyond the realm of privatized spaces. Thus, what happens if we start to think about commons, like polluted air and water, as something people are deeply affected by? What might a toxic common even mean? Is it only the materiality or can it refer to toxic discourses and debates on a more symbolic level in times of rising populism? And what can we do about it, how can we share the burden of decontaminating, remediating and cleaning up?

Join the Hazardous Travels research group of the Rachel Carson Center for Environment and Society at Kunsthal Extra City in a passionate debate on our daily toxic commons. Ayushi Dhawan, Maximilian Feichtner, Simone Müller, and Jonas Stuck will share reflections and insights from their research on hazardous waste from different parts of the world. The audience is more than welcome to jump in the discussion with them afterward, as toxic commons concern us all.

“No species, not even our own arrogant one pretending to be good individuals in so-called modern Western scripts, acts alone; assemblages of organic species and of abiotic actors make history, the evolutionary kind and the other kinds too.” (Donna Haraway)

‘Carbon Theater’ is an ongoing study conducted since 2016 by the institute for incongruous translation, originally founded by Natascha Sadr Haghighian and Ashkan Sepahvand to investigate the discrepancies between sensing and knowing. Each iteration of ‘Carbon Theater’ unfolds from a found site. The project challenges the anthropocentric narratives that inform current discussions on planetary climate change. These carbon imaginaries valorize a specific biological definition of life as the protagonist of a drama where non-life is held in tragic opposition, with profound political consequences. Rather than asking whether “we” will endure or be extinguished, it seems necessary to disorient and displace human perspective altogether, giving space for non-visible, sonorous formations to resonate.

For ‘Carbon Theatre - Act III’ commissioned by the Contour Biennial 9, the artists are conducting a year of artistic research in and around Fort van Walem - located between Antwerp and Mechelen - while engaging with its spatio-temporal reverberations, from its military history to its present as a nature reserve and refuge for critters such as bats and dragonflies.

At Kunsthal Extra City Kunsthal the artists will present a listening session with materials and findings from their long-term sonic investigations.

The contribution by Natascha Sadr Haghighian & Ashkan Sepahvand is a collaboration between the Contour Biennale 9 (commissioner), Kunsthal Extra City and SAVVY Contemporary.

>> Participation in the programme is included in the entrance ticket