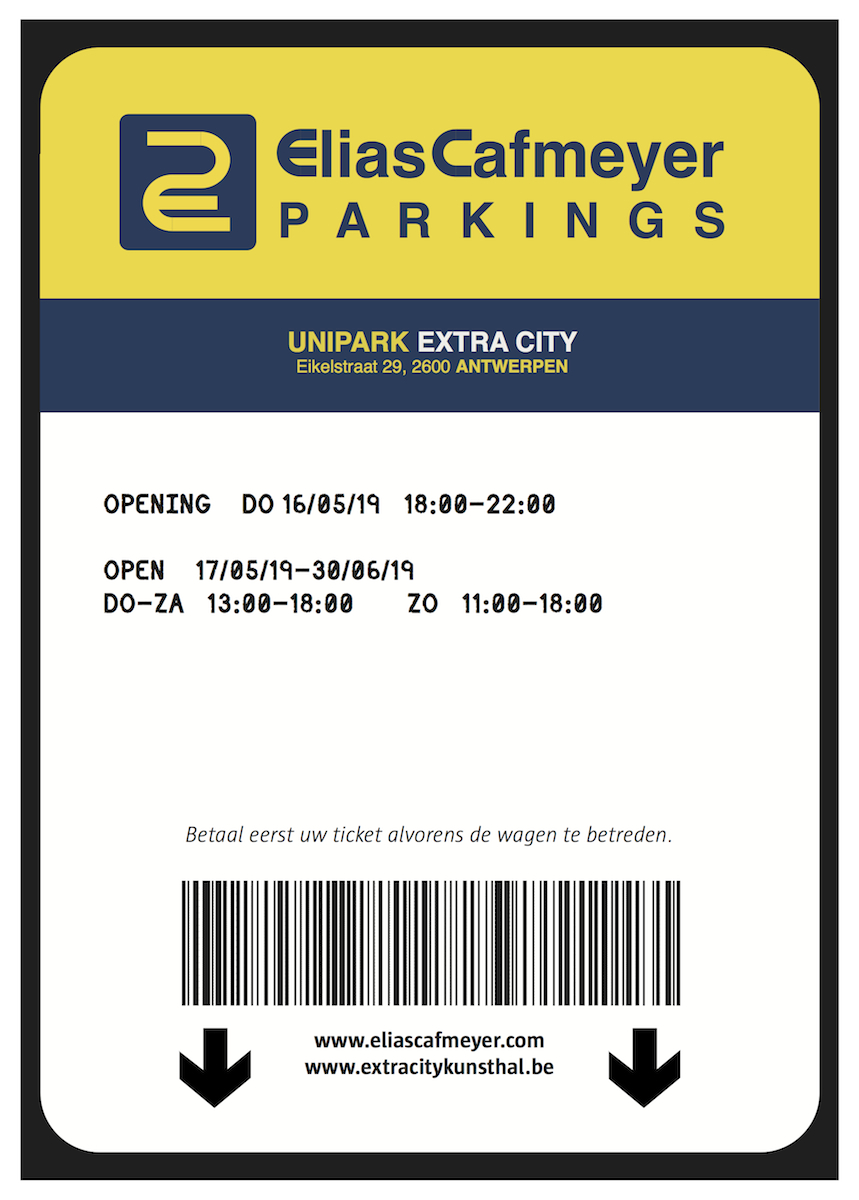 The choice of Ria Pacquée

For the series of exhibitions ‘The choice of’, Kunsthal Extra City invites some of Antwerp’s most renowned artists to nominate a promising artist who in their view is absolutely deserving of (inter)national recognition. For this second edition, Ria Pacquée has selected Elias Cafmeyer.

Cafmeyer creates alienating installations either in or inspired by public space. He incorporates artefacts of urban development and elements that define our orientation in the city and reflect our social behaviour.

For his exhibition in Kunsthal Extra City, Cafmeyer brings architectural features of public space into an institutional context.

“It was an easy decision to choose Elias Cafmeyer. I’ve been following his work since he graduated from Sint-Lucas. I know the space at Kunsthal Extra City and I knew that he would be up for the task. What really appeals to me in Elias’s work is how he plays with the public space. In this regard his work touches upon my own artistic practice; I spend a lot of time on walkabouts in the city and know the public space like the back of my hand. The way Elias transforms real elements from the public space into artworks is fascinating to me.”
Ria Pacquée

With the support of the City of Antwerp.

Interview with Ria Pacquée about her choice for Elias Cafmeyer


This edition consists of 15 parking tickets from various car parks in Antwerp. The parking tickets were never validated or paid, such that the amount owed continues to rise.
With a text by Ria Pacquée.
15 copies and 3 APs
250 euro (incl. VAT)
Purchase and more information via info@extracity.org


“A fascination for city structures.” How sculptor Elias Cafmeyer turns reality into fictional and alienating situations", in The Word Magazine

Opening 'Elias Cafmeyer: The choice of Ria Pacquée'
during the Antwerp Art Weekend