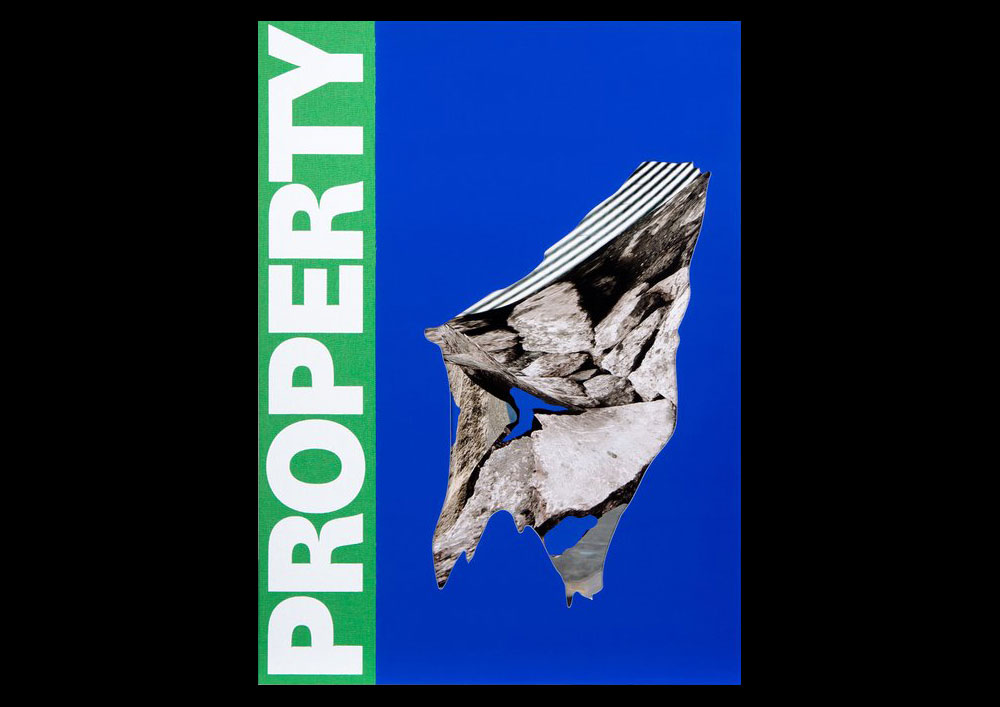 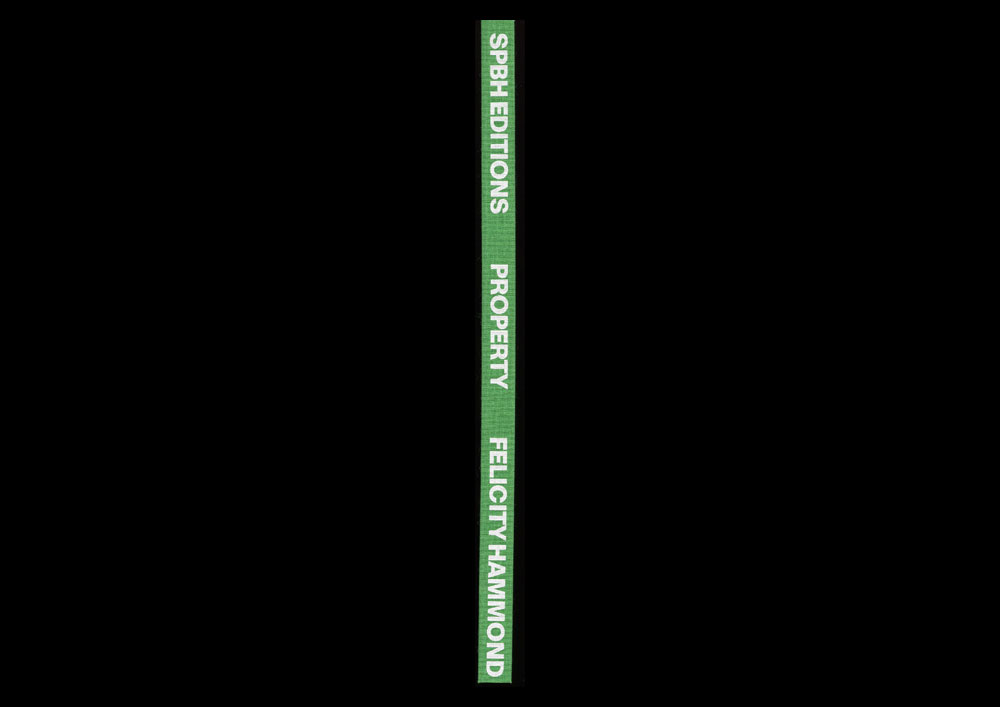 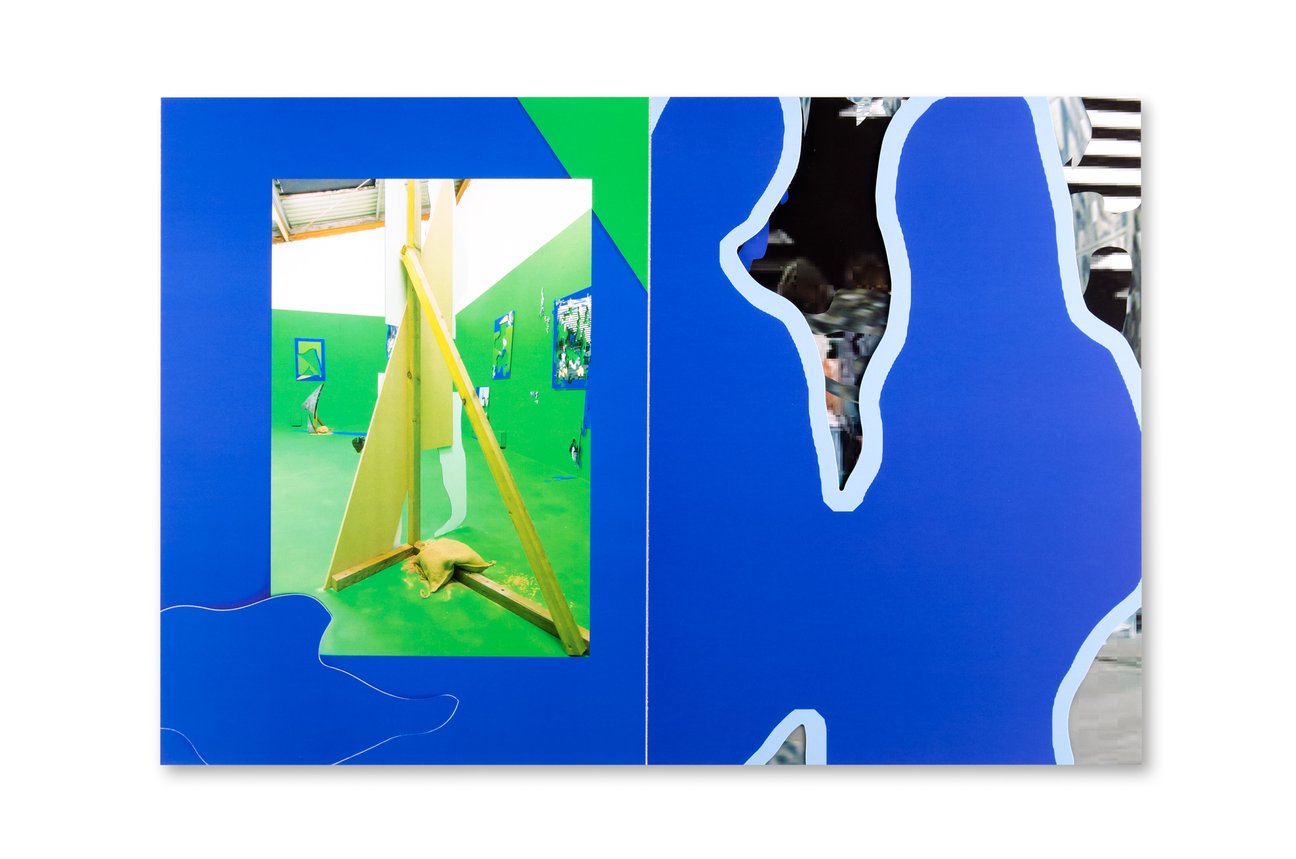 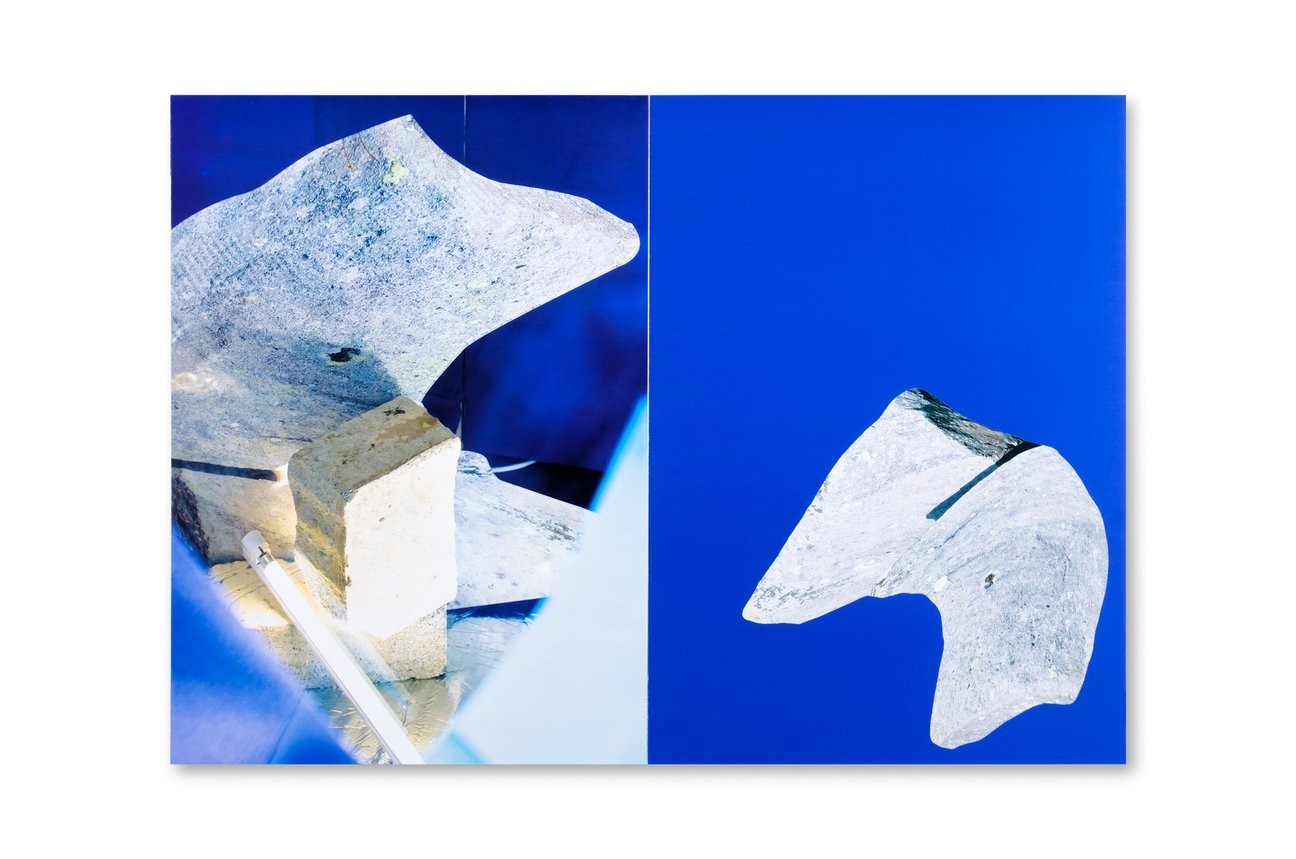 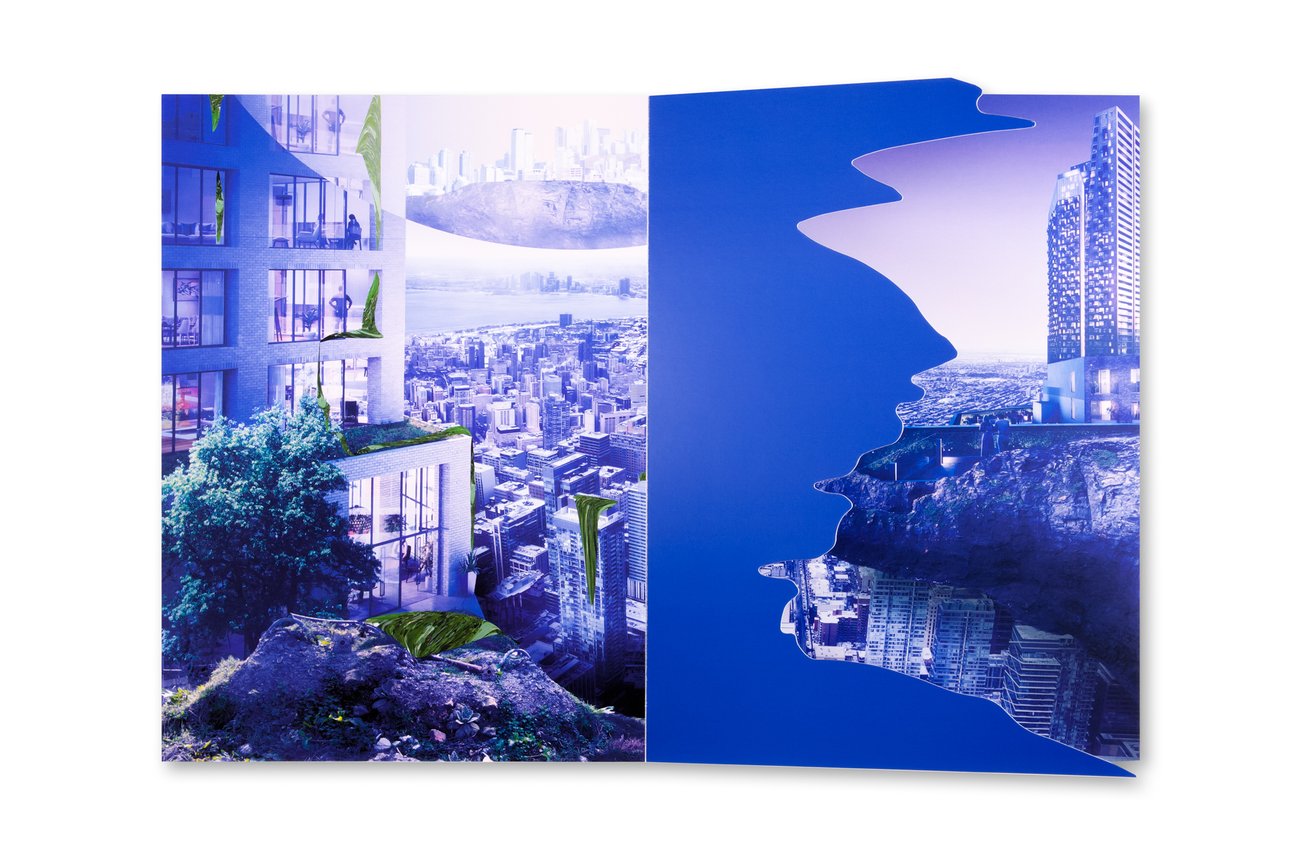 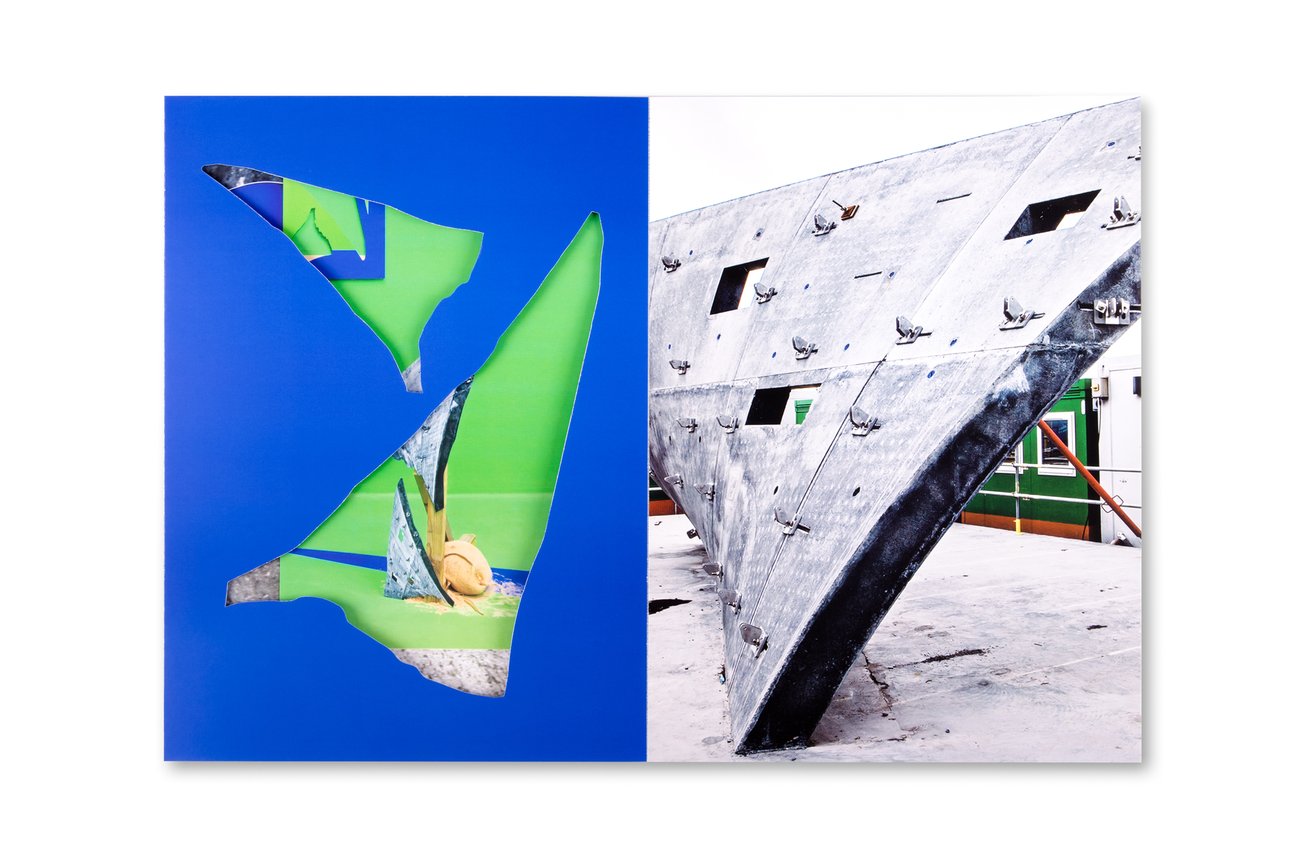 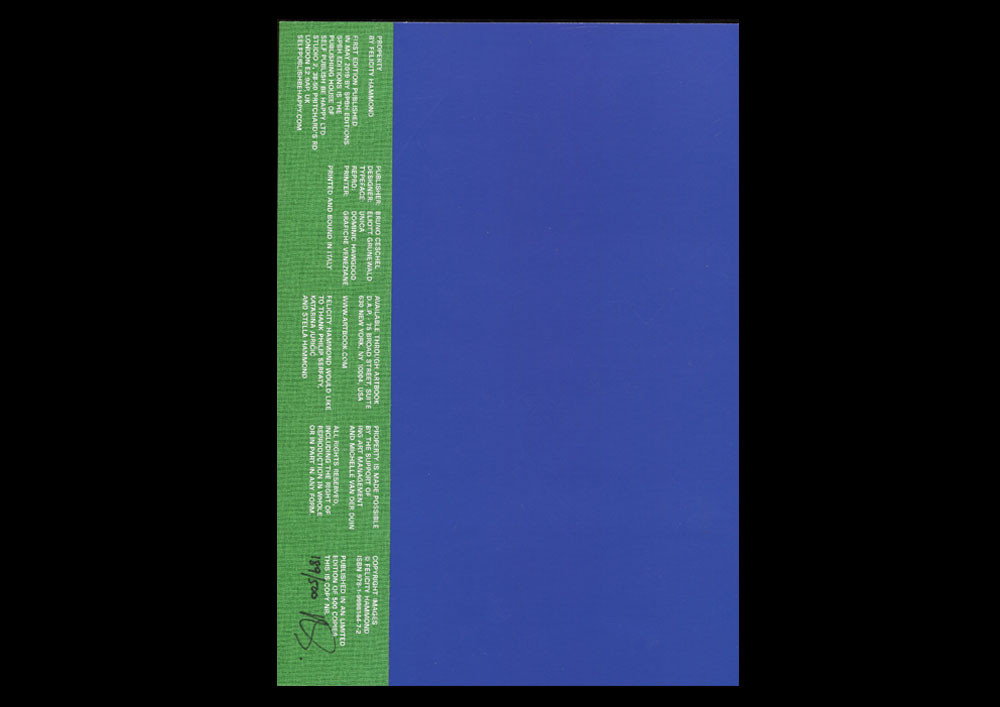 The 21st century has seen a dramatic shift in the way that architecture is experienced. Advancements in technology have enabled architectural representation to visualise the built environment through the lens of the virtual, generating digital renderings that depict the future of towns and cities all over the world. Property - the first publication by British artist, Felicity Hammond – mines these seemingly perfect worlds, revealing their inaccuracies through collage and cut-out pages. The unwieldy, grimy, littered city doesn’t fit within the glossy dreamscape of contemporary living, made all the more obvious when these surfaces collide. The disregard for the spatial realm in which these visual imaginaries propose to operate is exposed when they are transferred from computer screen to printed matter: the battle between the powerful, speculative image and the city from which it grows are at the forefront of our urban encounters.

Combining photographic works and installation images of her photo-sculptural and installation practice, Property collides image with object, much like the sites of urban transformation to which Hammond refers. The book is a continuation of her process, placing her source material of found rendered imagery against the sites that they inhabit. Object in form, the cut out pages are used as a device to reveal how the rendered image dictates physical space, and how both of these surfaces are at play in the urban realm. Existing somewhere between a still life and a stage set, it is unclear whether the images in Property are the trace of the object, or the object the trace of the image; the props await direction, just as the built environment is in a constant state of becoming. 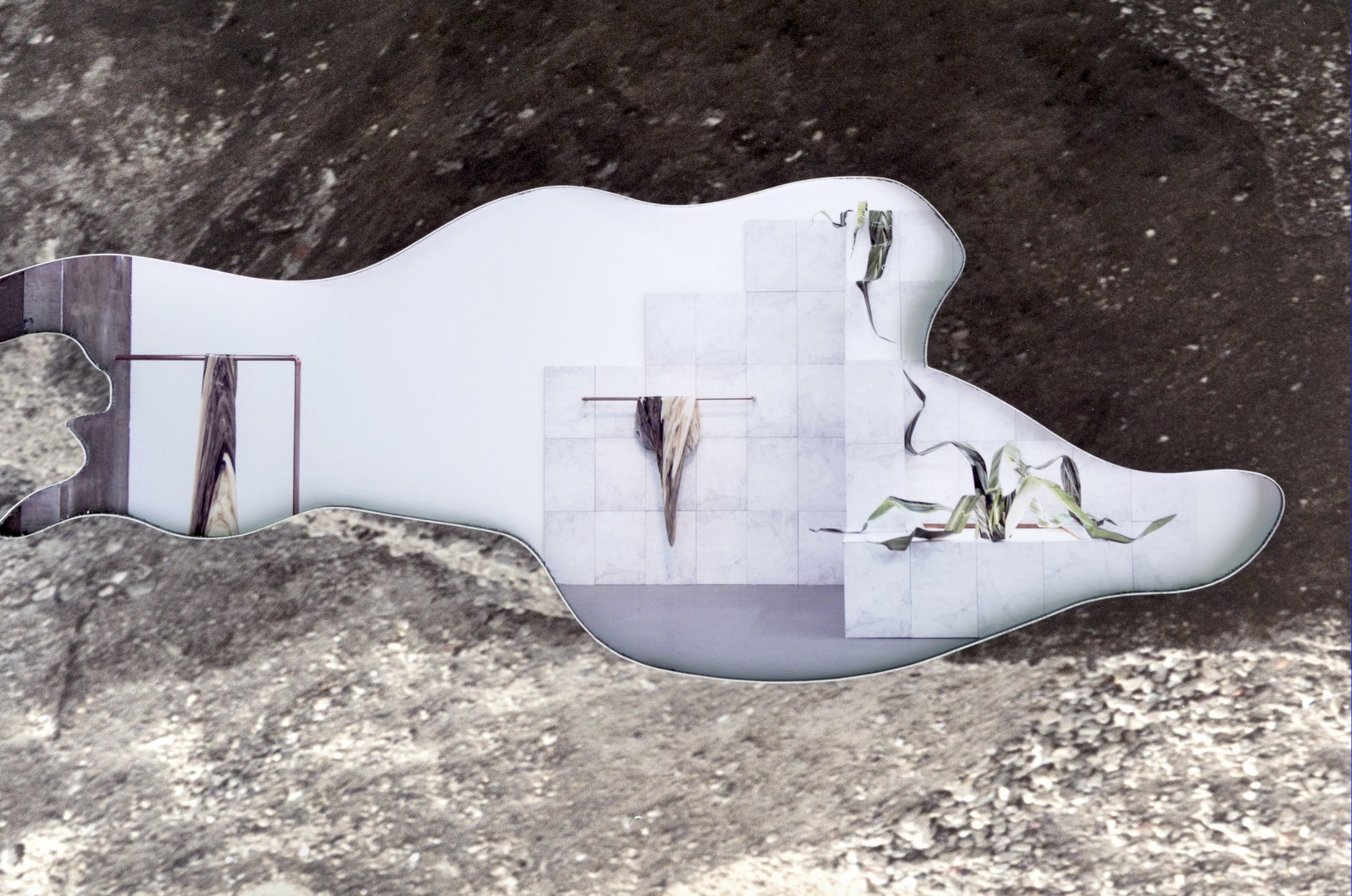