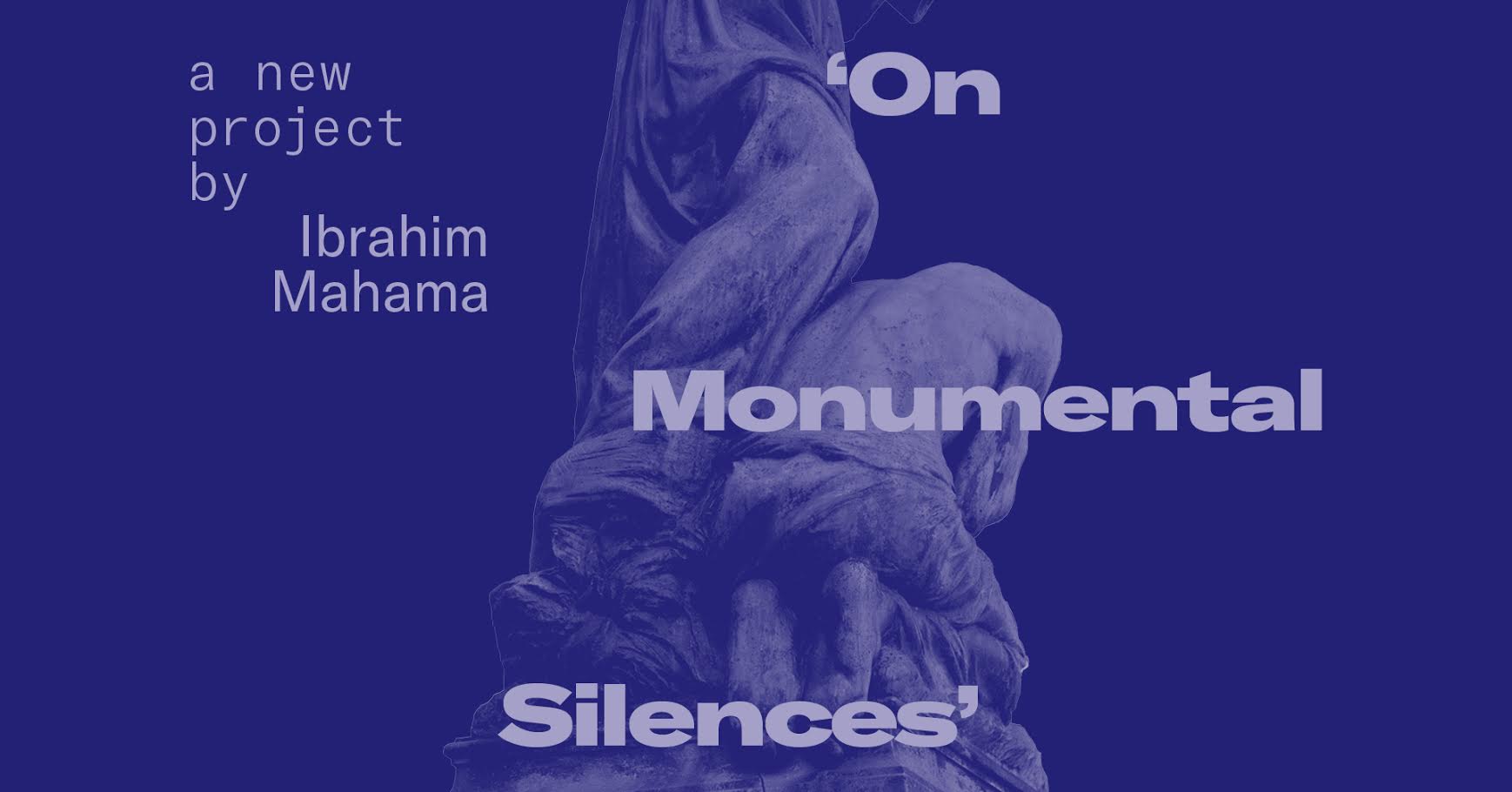 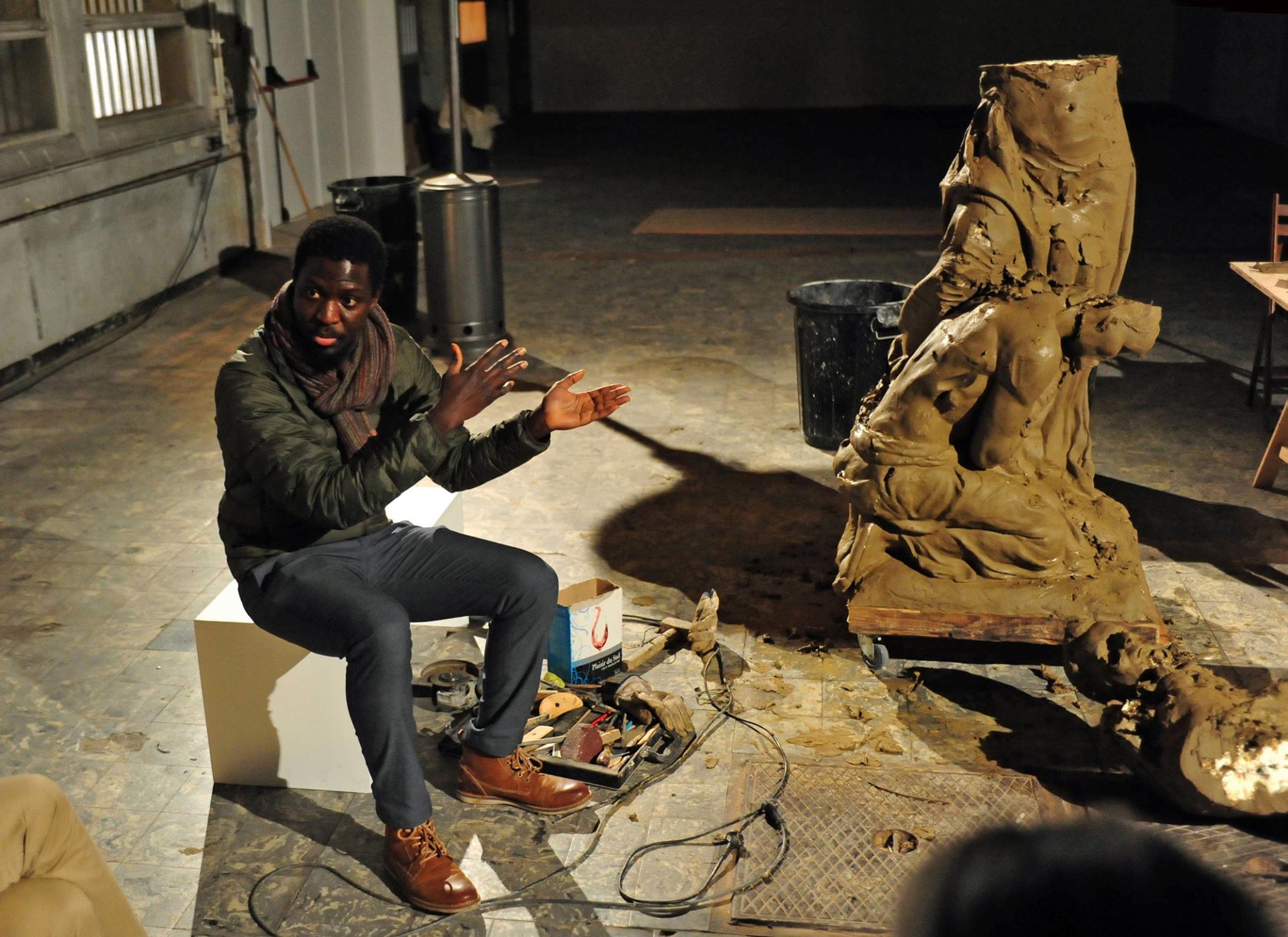 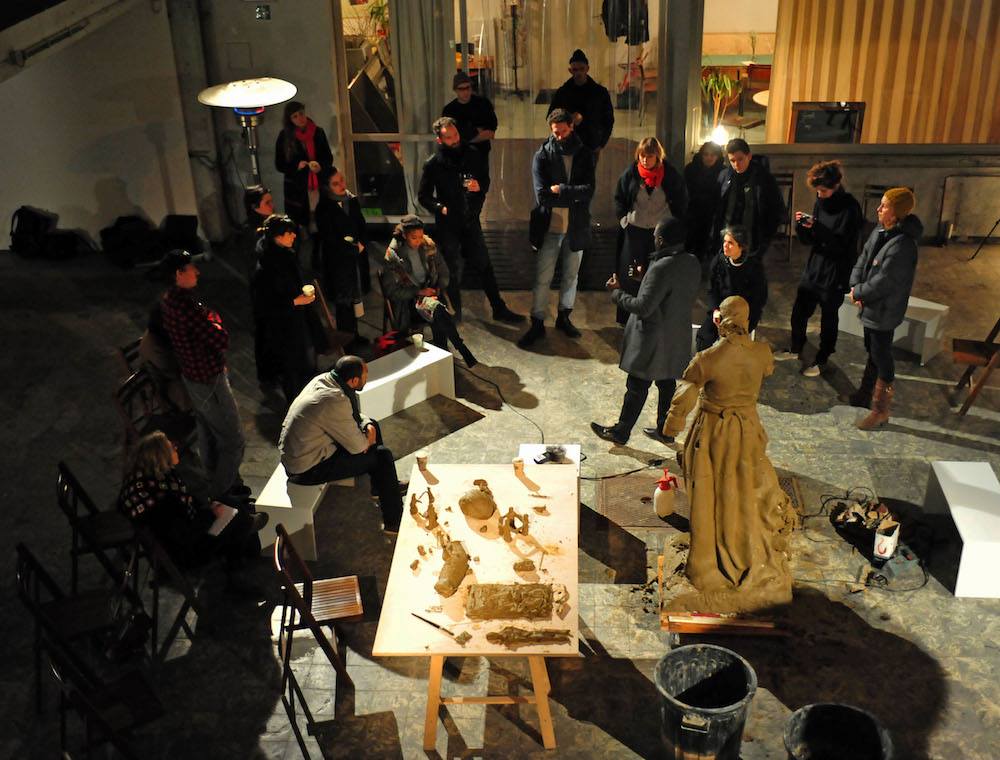 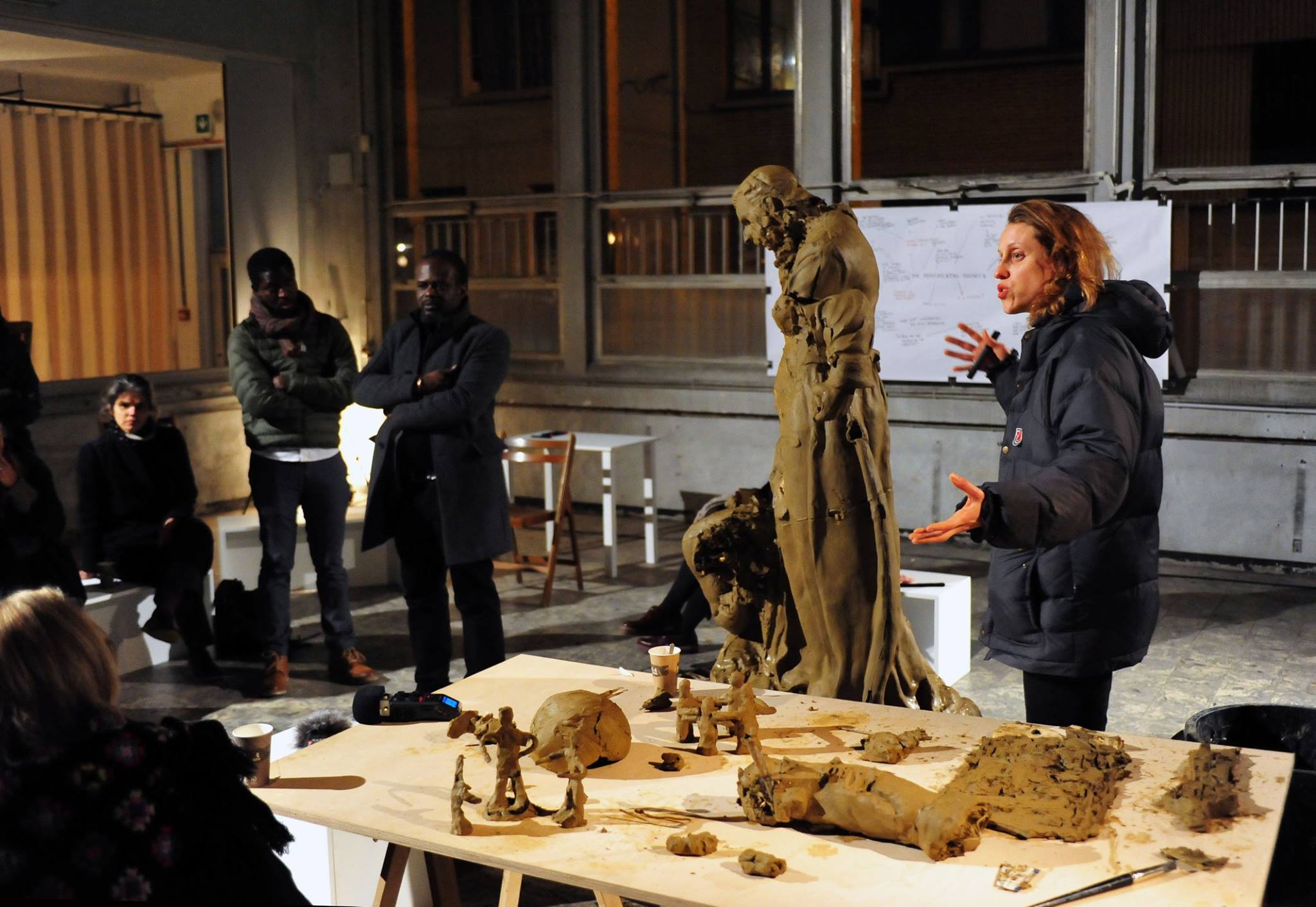 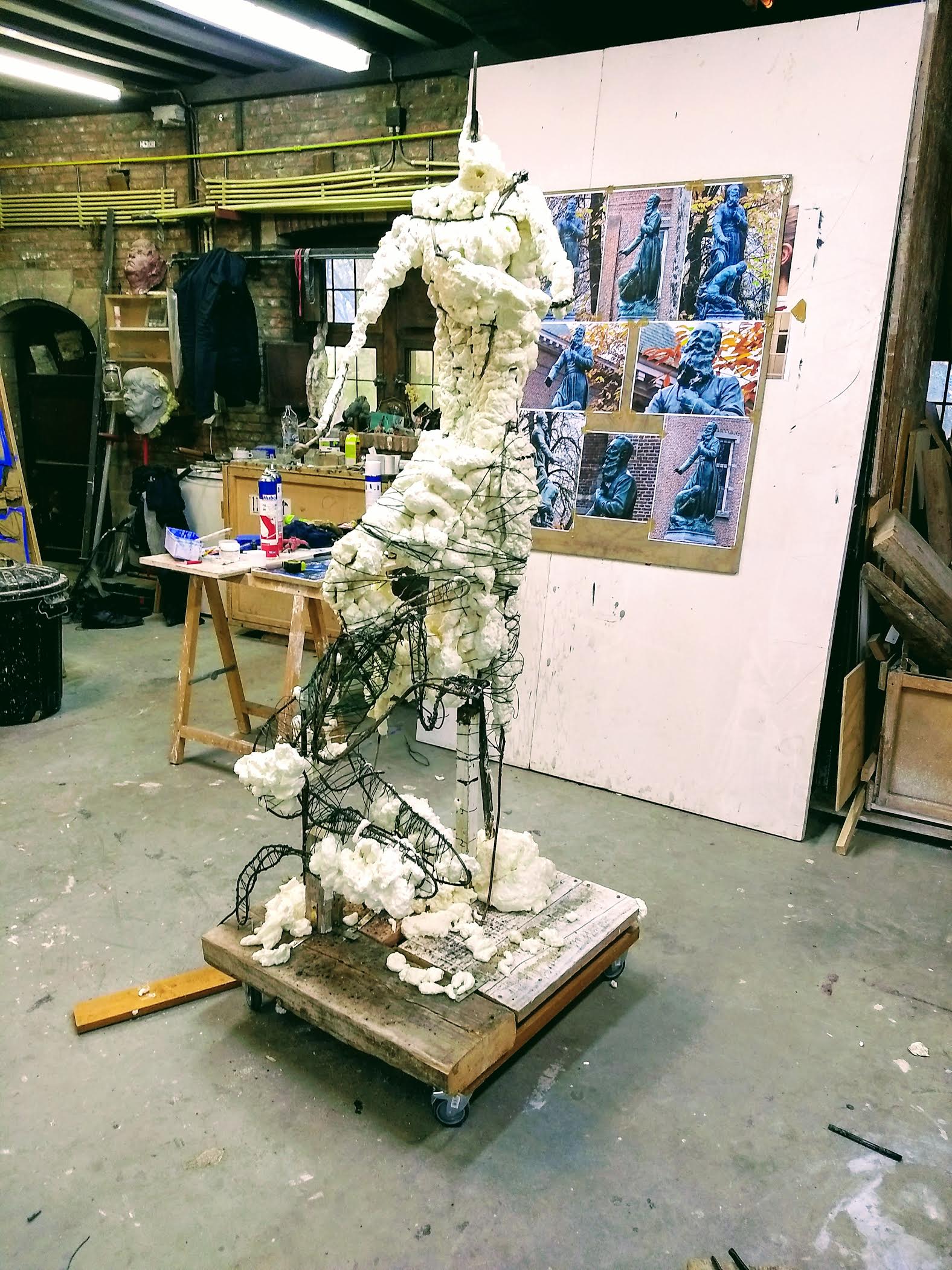 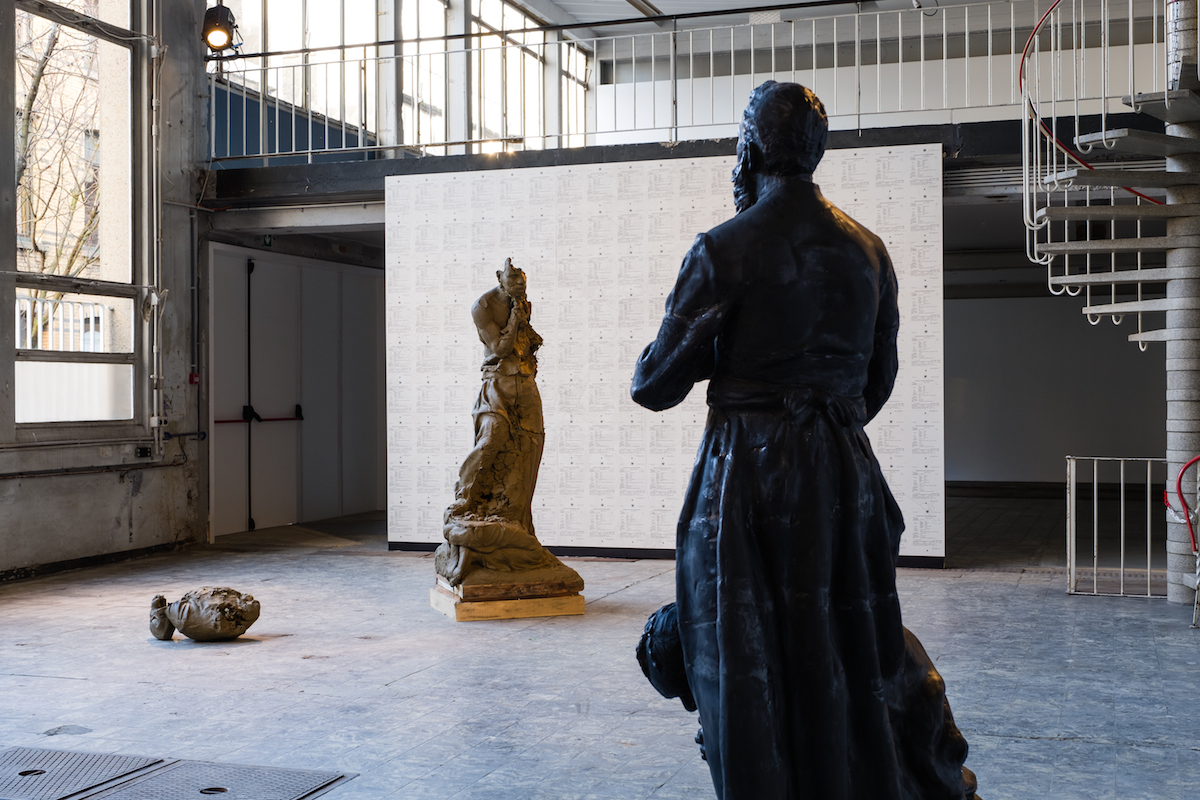 a new project by Ibrahim Mahama

Rooted in colonial times, many monuments and memorials in the public space today are still sending out messages of racism and male white dominance into the world. This raises questions concerning how we should deal with this heritage and its associated history. Is it enough to install plaques providing textual context, or should these monuments instead be removed from the public space and relocated within the walls of museums? Furthermore, how can we address the stories the monuments don’t tell and give space to the people that have been misrepresented, or never represented at all?

On Monumental Silences by Ghanaian artist Ibrahim Mahama responds to these questions, by engaging with the infamous sculpture of Father Constant de Deken by Jean-Marie Hérain in Wilrijk, one of the most violent images still present in the City of Antwerp’s public space and encompassing the ugly basis of colonial ideology. A fully-dressed Belgian man looks towards the sky, his knee bent over a half-naked Congolese slave who looks up to the white man with gratitude: a fictitious narrative about Belgians bringing civilization to the colonies, entirely denying the Belgian history of slavery and the violent exploitation of the Congo.

Ibrahim Mahama made two sculptures: one is a copy of the sculpture of De Deken in rubber, a material that symbolises Europe’s exploitation of its colonies; the other is a reimagined version of it in clay, a material that is usually used only to make temporary models, that here speaks of the necessity to continue questioning monuments on a permanent basis. This reimagined version took on its new form during a performative intervention on 16 January 2018 by the artist together with the public, in the context of a moderated debate with historian and expert on diversity and inclusion Omar Ba. The sculpture has thus been recreated as a future monument that holds a critical position with respect to the original monument of Father De Deken. History thus becomes something malleable that can be acted upon.

On Monumental Silences marks the first act in a series of interventions as part of a three-year collaboration between Extra City and the Middelheim Museum, in which the function of monuments today is critically re-assessed.

This project has been made possible thanks to the generous support of APALAZZOGALLERY, Brescia. We would also like to thank AIR Antwerp for their cooperation. A collaboration between Kunsthal Extra City and the Middelheim Museum.


- 'Belgium Has a Racist Monuments Problem Too—Here’s How They’re Dealing With It. Ibrahim Mahama's latest exhibition asks what Europe should do with its colonial monuments', text by Naomi Rea on artnet