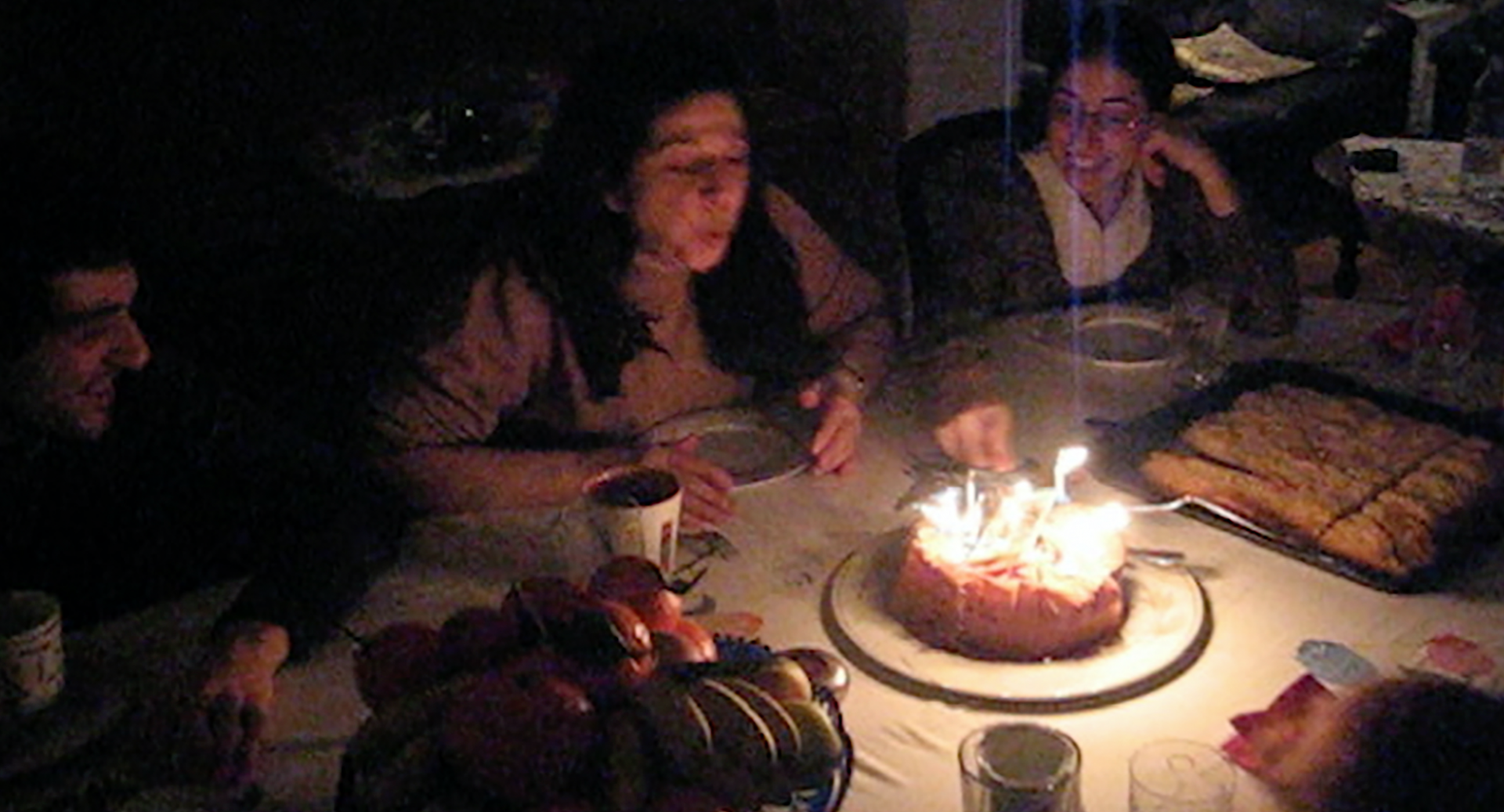 Mekhitar Garabedian: All day yesterday I thought it was Friday

Mekhitar Garabedian shows video and audio work. Afterwards there will be time for a Q&A.

‘Birthday Cakes, Gentbrugge, 2006 – 2017’ is based on footage of birthday celebrations of the different members of the artist’s family, collected over a period of ten years. The home movies disclose a familiar personal ritual to the viewer based on a popular tradition; candles are blown out all at once and a silent wish is made. The short silent video consists of a chronological montage of these transient and intimate moments.

During these anniversary celebrations the family members traditionally sing ‘Happy Birthday’ in Armenian, Arabic, Dutch, French and English. The five different languages that are spoken embody the displacement of the family’s history.

The audio-installation ‘Birthday Songs, Gentbrugge, 2006 – 2017’ is comprised of different sequences of birthday songs. Although the same songs are annually repeated, each performance has its own rhythm, tone, and atmosphere, as well as a different order of languages.

The video consists of three observations of the artist’s mother in her home in Gentbrugge, while she is making sarma. This is a time-consuming, traditional Ottoman recipe with grape vine leaves. The footage is collected over a period of sixteen years and recorded on Hi8, DVCam, and HD respectively — demonstrating an evolution from analog to digital video.

Mekhitar Garabedian (SY, 1977) lives and works in Antwerp. Garabedian is currently associated with KASK School of Arts, Ghent, as a post-doctoral researcher. He is represented by Baronian Xippas, Brussels. His in situ work Musicians and their Instruments (for Komitas) (2021) is currently on display at Kunsthal Extra City as part of the exhibition Periphery.

This event is part of our summer programme 'Zomer in de kloostertuin' ('Summer in the monastery courtyard'). In case of bad weather, the screening will be moved inside.⠀

SUMMER IN THE MONASTERY COURTYARD