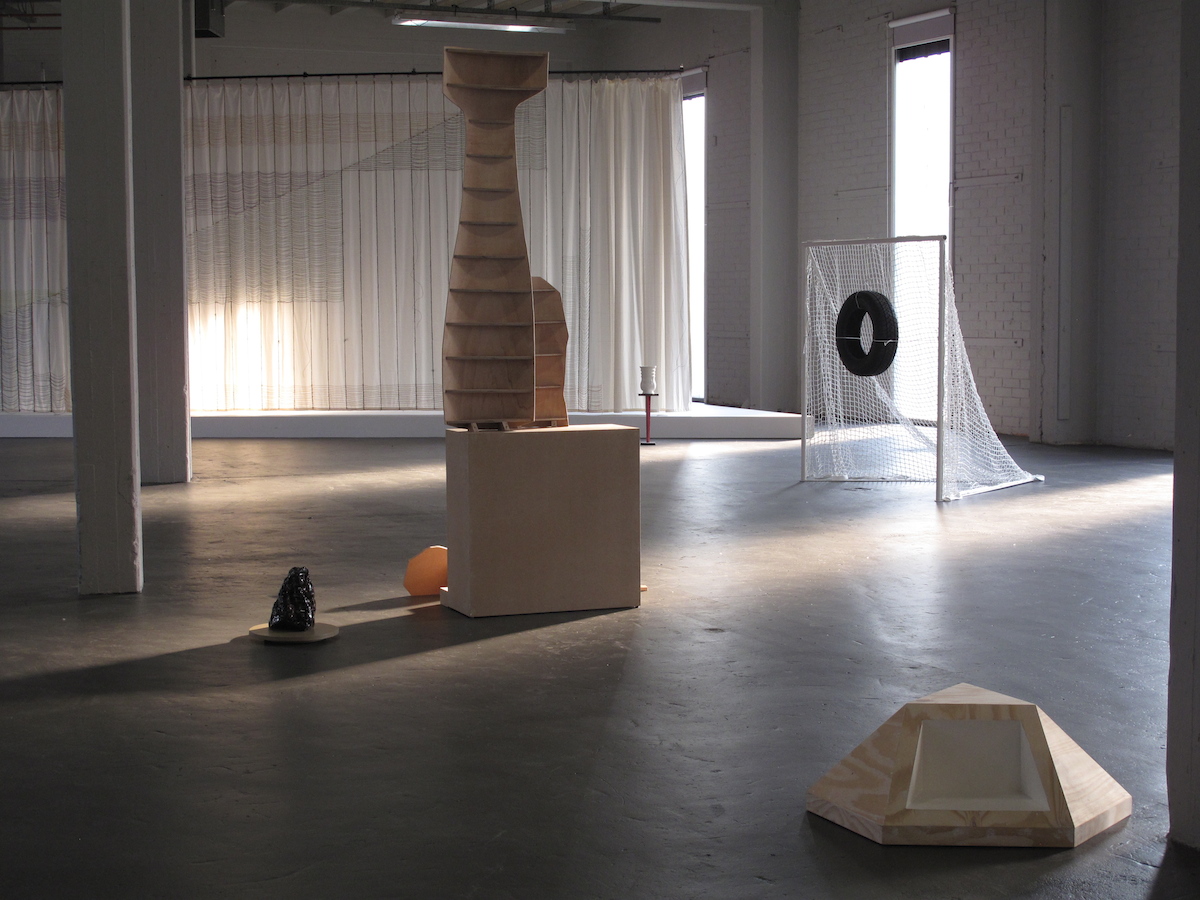 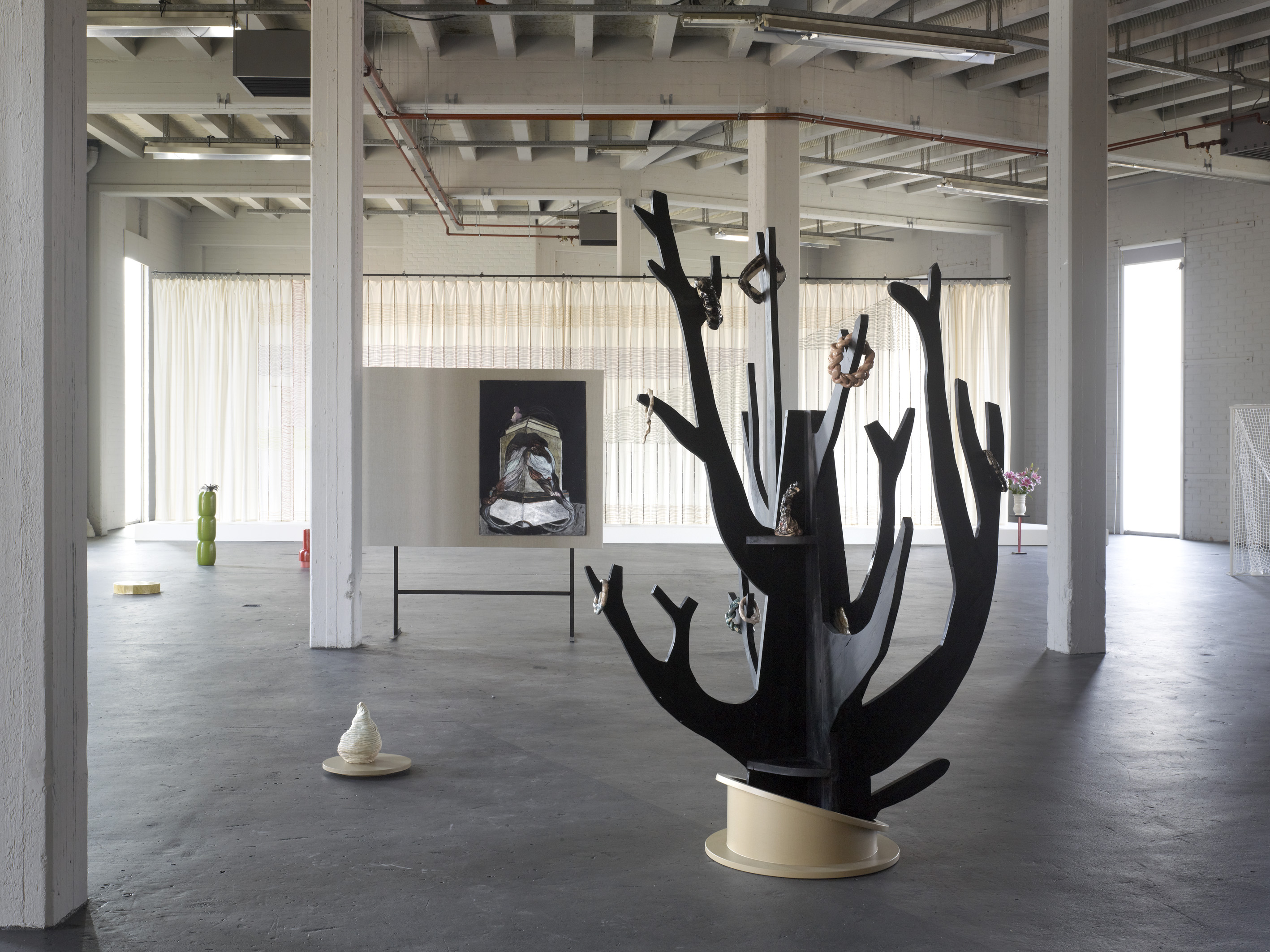 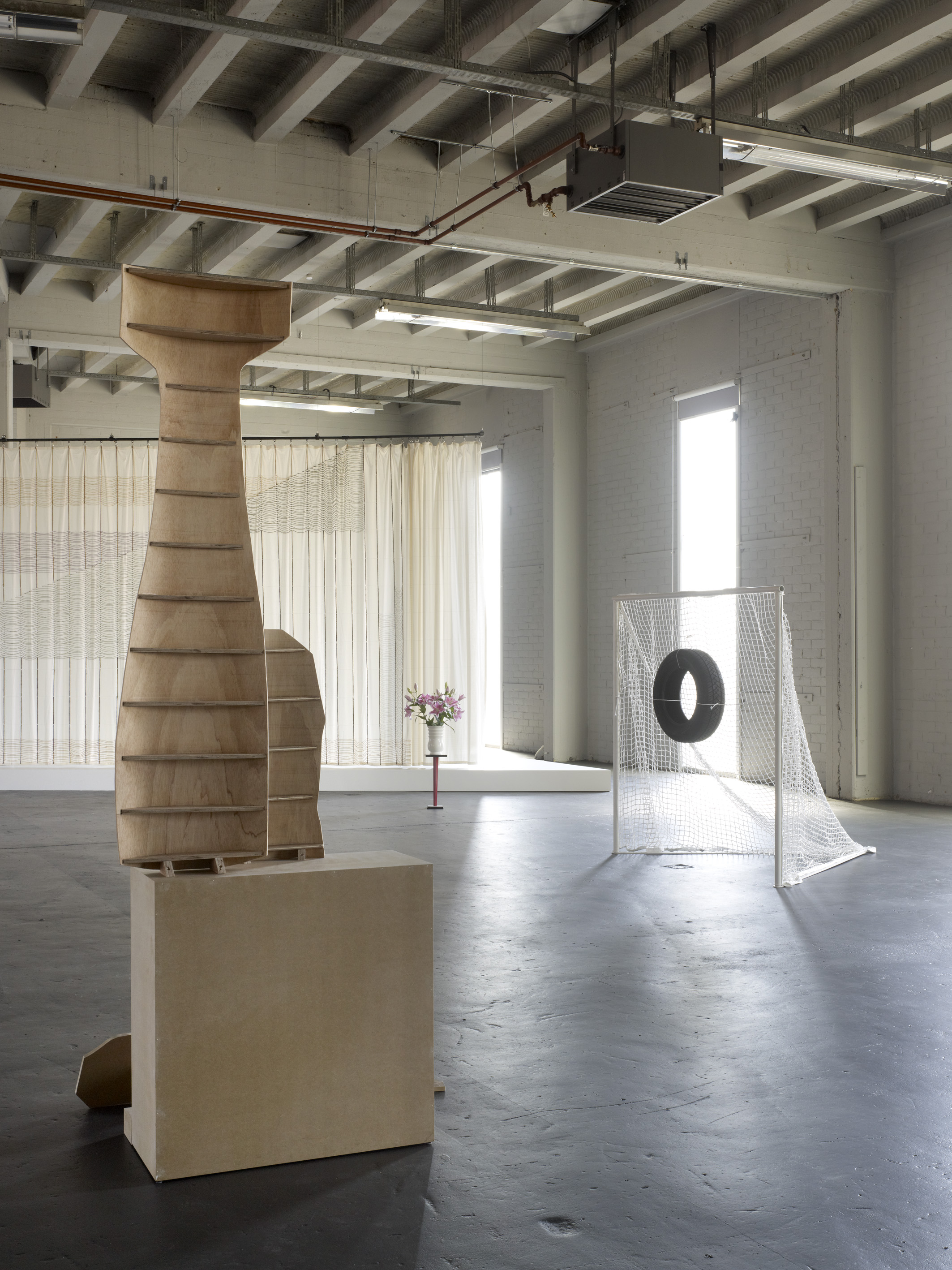 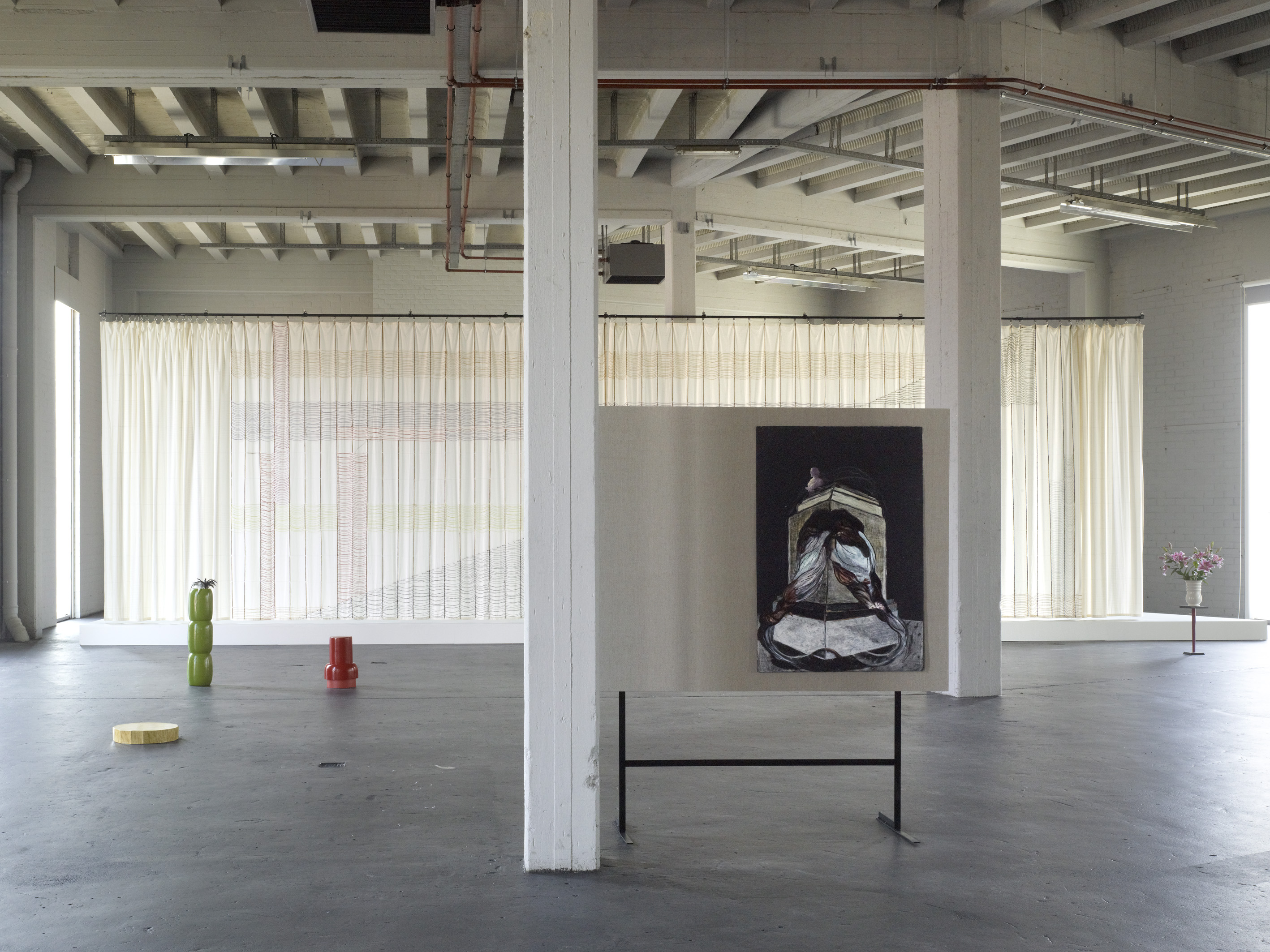 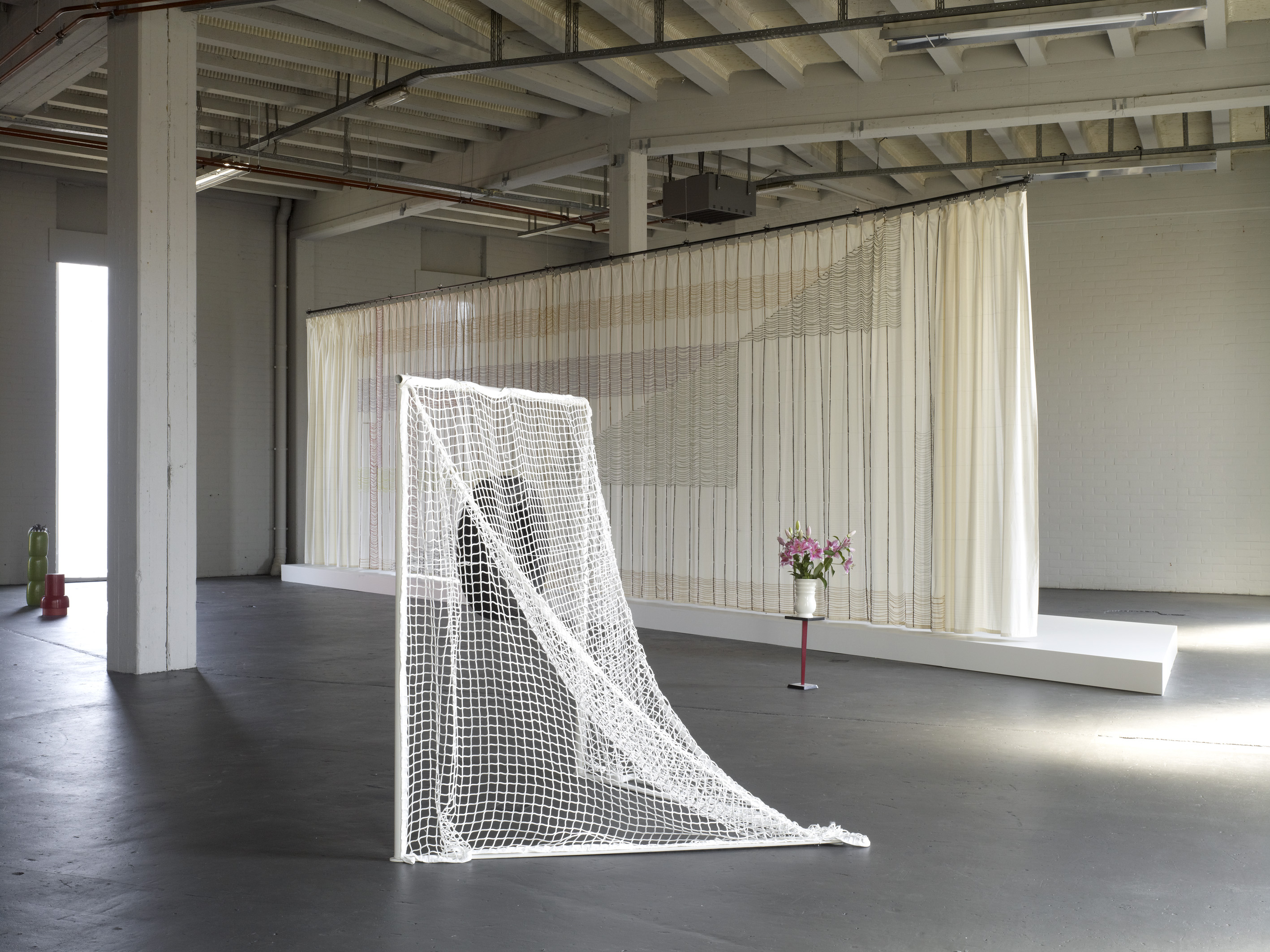 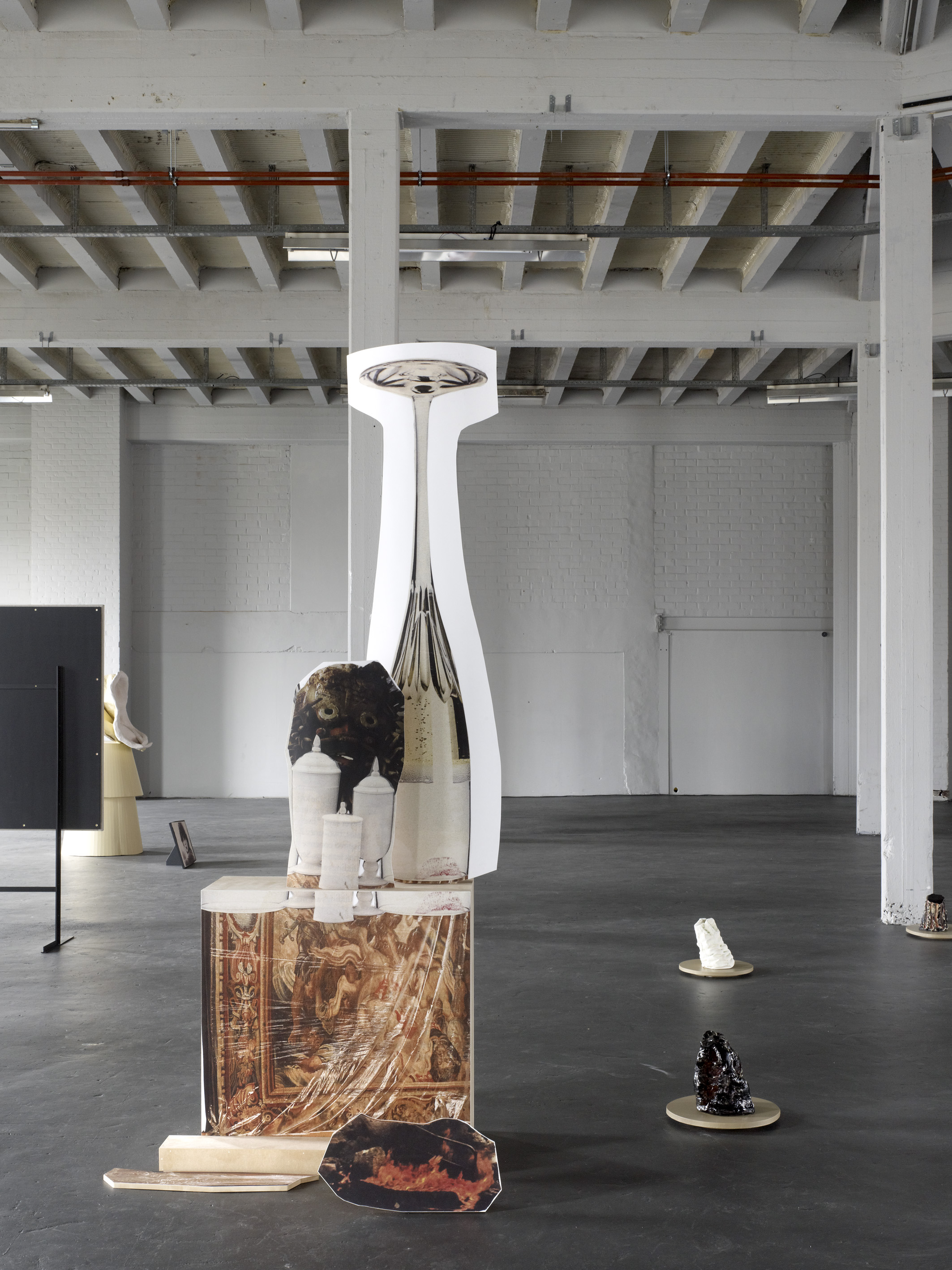 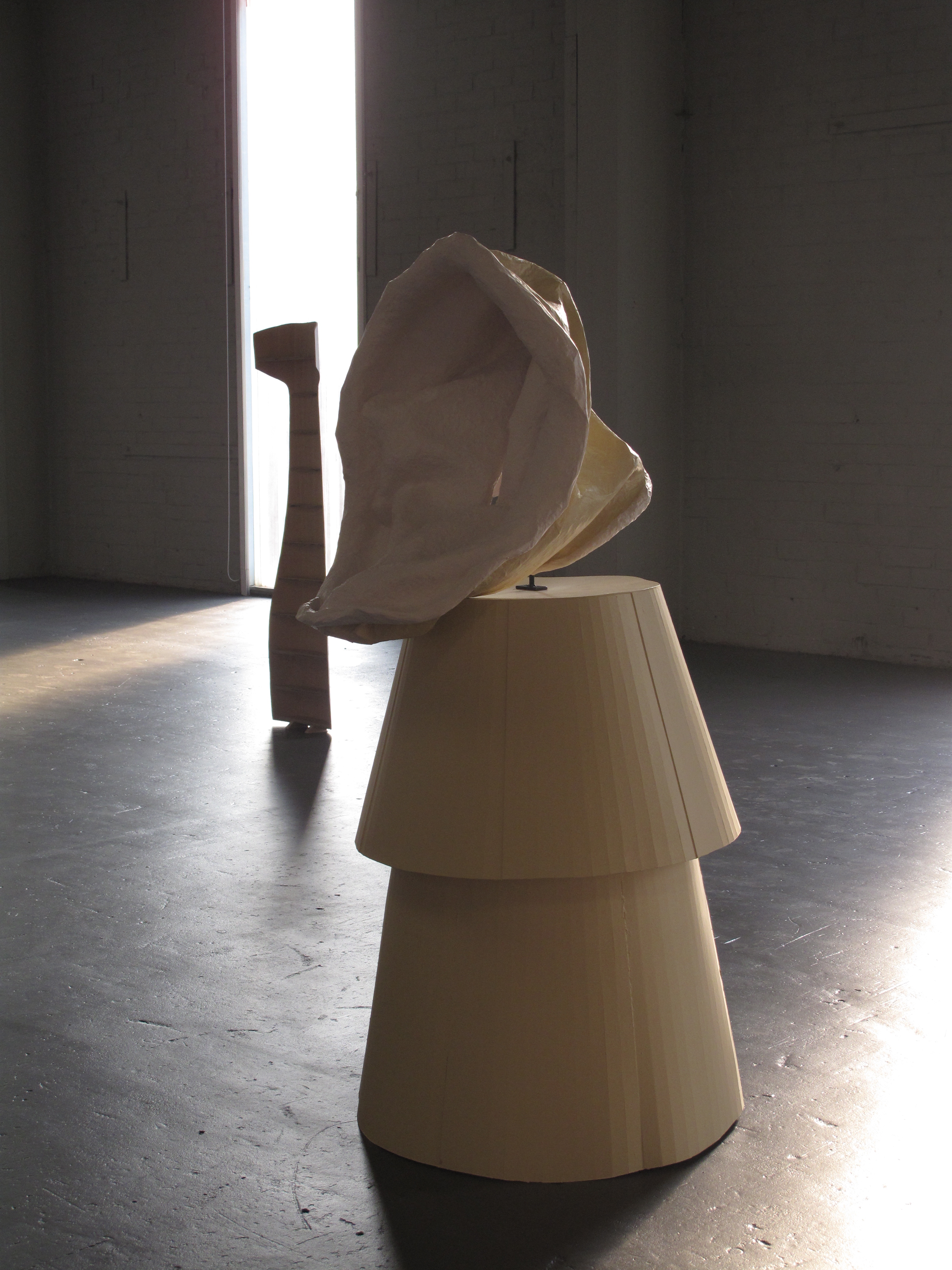 In her largest solo-exhibition in Belgium to date, artist Valérie Mannaerts presents a new ensemble of sculptures in an installation reminiscent of a sculpture-garden, embracing the entire exhibition space of Extra City.

In her work, Mannaerts extends the method of collage to spatial objects. She explores the physiognomic qualities of things, questioning the relation between organic and inorganic forms, the presence and autonomy of objects as well as the histories sedimented within them. For this exhibition, Mannaerts has worked with materials as diverse as wood, bronze, ceramics, textile, paint, papier-mâché and paper, creating hybrid, contradictory and precarious forms that are at once open to chance and formally circumscribed. Her work explores the borderline between image and object, reminiscent of surrealist and later feminist preoccupations with material and image culture, corporeality and states of consciousness.

The constellation staged at Extra City implicates the visitor in a realm of suspense, as if on a theatre stage in which the scenography has taken the lead. Indeed, not unlike actors and their split-consciousness on stage, the works in Mannaerts’ aesthetic universe exist equally in conflicting registers, simultaneously suspending the distinction between essence and appearance, constructing artifice and natural form into dynamic relations. This is expressed through a play with scales and scapes, layers, patterns and distorted dimensions, folding and arresting the flow of time in one moment, giving way to imaginary flights in the other. Between defined and undefined form, proximity and distance, the strange and familiar, there emerges a morphology of which the work of Mannaerts gives a unique and idiosyncratic articulation.

Valérie Mannaerts (Brussels, 1974) lives and works in Brussels. She was artist in residence at the ISCP New York (2008) and has recently participated in group exhibitions as Beaufort 03, Mu.Zee Oostende and on location (2009); The Thing (All that is solid melts into the air), M HKA Cultuursite Mechelen (2009); Un-Scene, Wiels, Brussels (2008). Recent solo exhibitions include Wherefore the worm universe, Galerie Les Filles du Calvaire, Brussels (2008) and Experimental architecture, Etablissement d’en face, Brussels (2007). In December 2010, Mannaerts will have a solo exhibition in de Appel, Amsterdam.

A monograph will be published in collaboration with de Appel, Amsterdam, in January 2011. Valérie Mannaerts - An Exhibition Another Exhibition