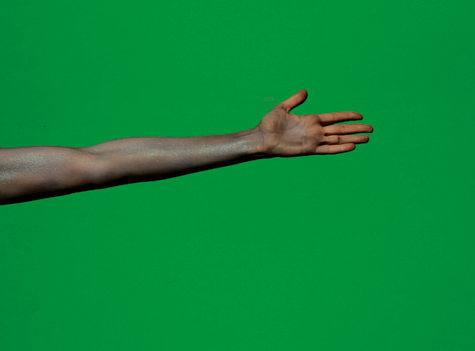 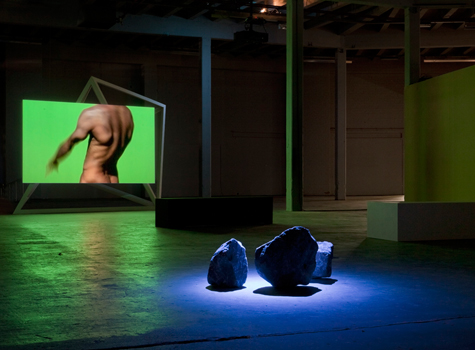 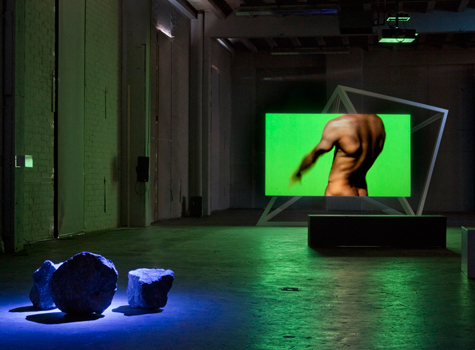 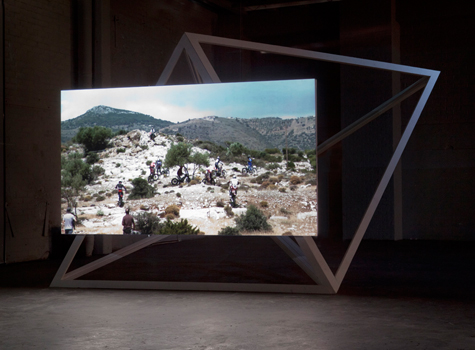 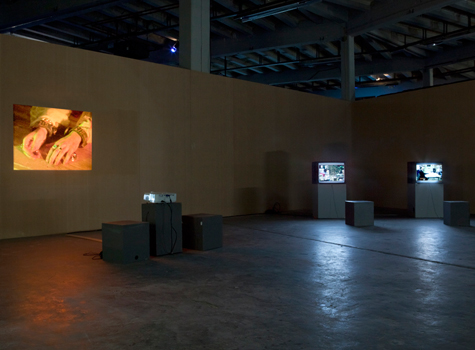 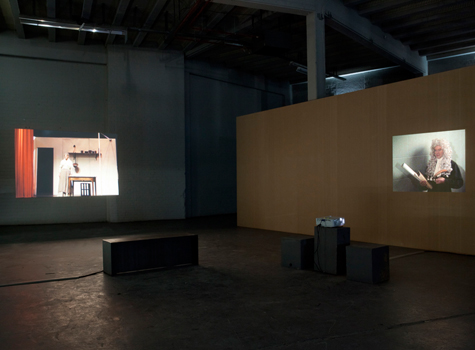 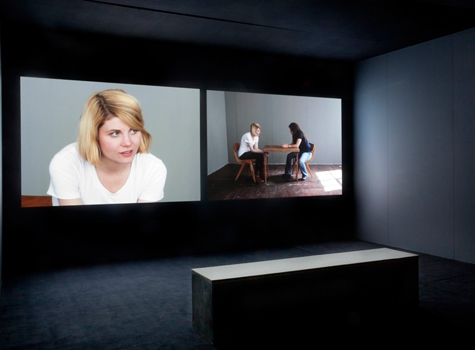 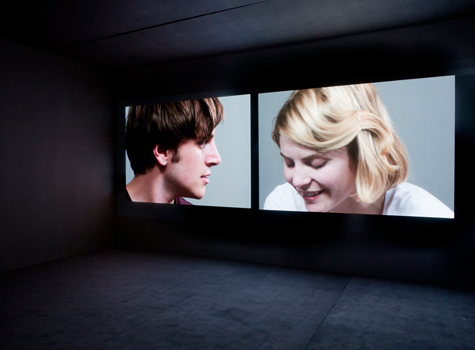 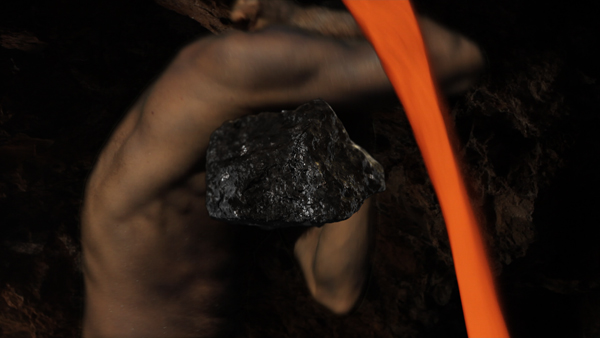 Ultimate Substance (2012) is a new video installation in which the artists interweave associative references to archaeology, philosophy, mathematics, and ritual, departing from the hypothesis that the introduction of coinage in the ancient Greek world effected a profound cognitive shift that was key to the emergence of Western philosophic, scientific and dramatic traditions. The video projection is complemented by an installation containing rocks and a model of a Platonic solid, which point to the separation of physical and mental activity that took place in ancient Greece at the dawn of a money-driven economy. As Richard Seaford writes in the catalogue of the project, “with the unprecedented pervasiveness of (coined) money, social power could seem to belong not so much to people as to money. For the first time in history, systematic power could seem to be impersonal […]”. The step into “monetary abstraction” was followed by further “modes of abstract thought,” the author continues, such as “pure arithmetic, pure geometry and the abstract rules of thinking (logic).”

Anja Kirschner and David Panos filmed their new video piece in and around the Numismatic Museum in Athens and in Lavreotiki, a nearby mining district, which provided the silver from which the coins were struck, constituting the material base on which the classical Athenian city-state was founded. In contradistinction to the popular image of the Acropolis, the vast mining galleries propose an inverse image of antiquity. Abandoned in Roman times, the mines were re-opened in the nineteenth century, making Lavrio the first factory town of the modern Greek state. In the 1970s the local mining industry was again dismantled. Today the factory ruins house an educational museum on mining history.

The film's fragmented structure explores how these different temporal strands have become compounded in time, and the impact of this subterranean history on our present understanding of the division between sensual and abstract forms of knowledge and experience. Choreographed movements of labor, geometric proofs, archaeological and contemporary everyday objects are contrasted and compiled in the film via flash-like pictorial quotes, emphatic cuts and concrete sound editing. The work proposes a reflection on economy and the prehistory of industrial labor, oscillating imaginatively between images of Antiquity and present-day, crisis-ridden Greece.

Complete overview of the oeuvre of Kirschner & Panos
Together with Ultimate Substance, the exhibition will include the following video works: Living Truthfully Under Imaginary Circumstances, The Empty Plan, The Last Days of Jack Sheppard, Trail of the Spider and Polly II.

Catalogue
The exhibition will be accompanied by a publication in English, German and Greek, richly illustrated and with texts by Richard Seaford and Anja Kirschner. 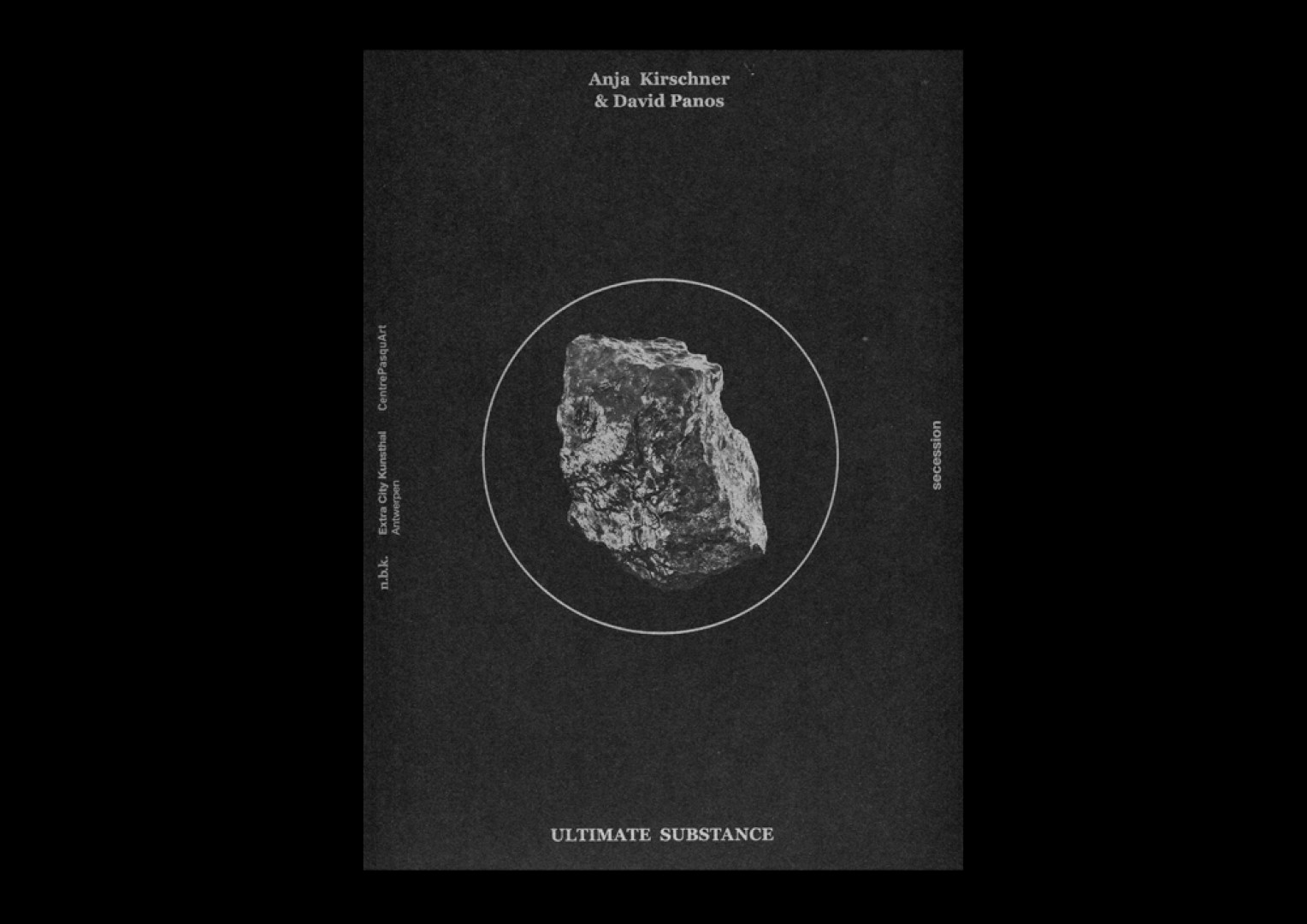