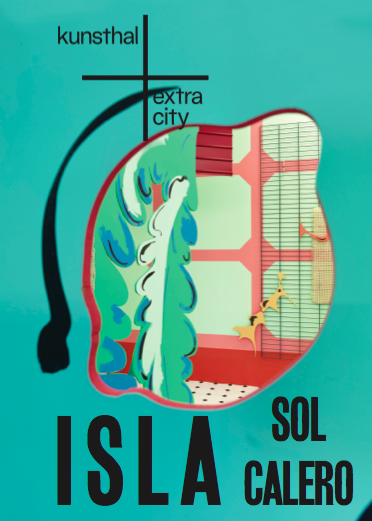 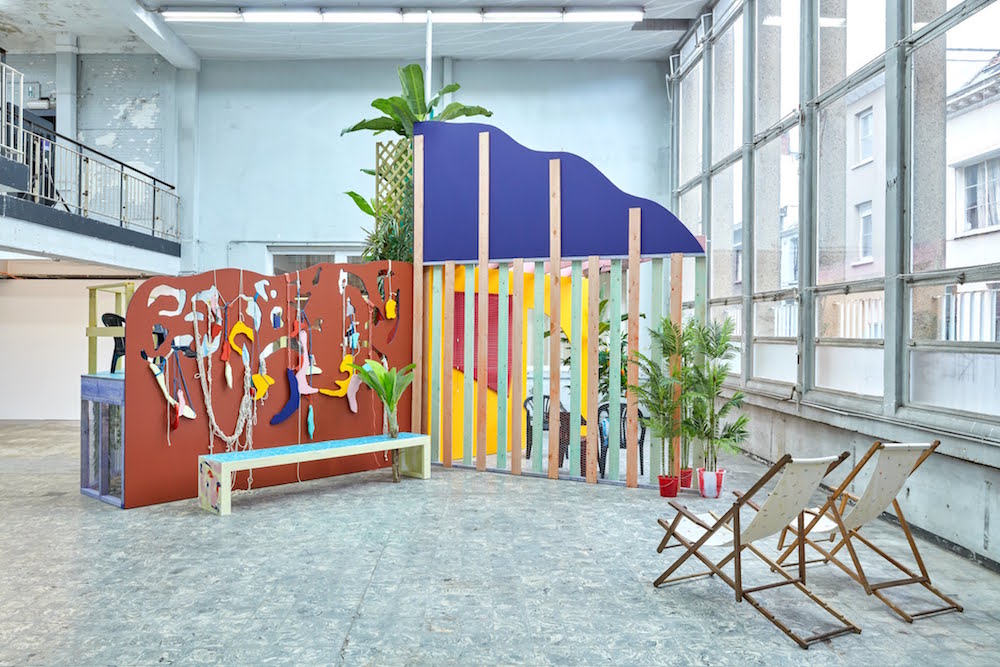 'ISLA' is Sol Calero’s first institutional solo exhibition in Belgium. For Kunsthal Extra City, the artist developed a new, site-specific installation. This sculptural pavilion, an autonomous structure, has links to the eclectic architectural environment of the premises, a former industrial laundry. Evidence of the physical labour previously carried out on the site remains present in the space. 'ISLA' is a structure that can potentially be activated and "used", with benches and chairs to sit on and a platform to climb on.

The installation combines previous aspects of Calero’s site-specific spatial approach, her architectural interventions and her affinity with painting. But now, for the first time, the artist has realised a pavilion inside of an exhibition space. Formally the structure creates a rough notion of the abandoned and is reminiscent of partially collapsed houses or unfinished constructions. The exhibition space is unheated, in contrast with Calero’s warm and colourful palette; this juxtaposition lends subtext to the work’s presentation of stereotypical Western ideas about the American continent. This way, the work functions as a template for the clichés of South American imagery that in turn reflects the exoticised Western narrative. The aspect of heat is used as a material, which takes its own space in another spatial dimension. In this way, heat (or its absence) gains the captivating and seductive quality of sculpture.

The rough texture and composition of the work is reminiscent of the decay of a disused home, left abandoned for an unknown reason. 'ISLA' abstracts the connections between architecture, community and socio-cultural structures and in doing so calls their utopian and dystopian notions into question. How does architecture symbolise the state of a community? 'ISLA' calls into question the symptoms and parallelism of social dissolution and architectural decay. With her colourful yet positive imagery, Calero designates ruin as a symbol of fragility.

Realized with the generous support of Goethe Institut.

- Interview with Sol Calero about 'ISLA', by Janine Meijer (Dutch only)