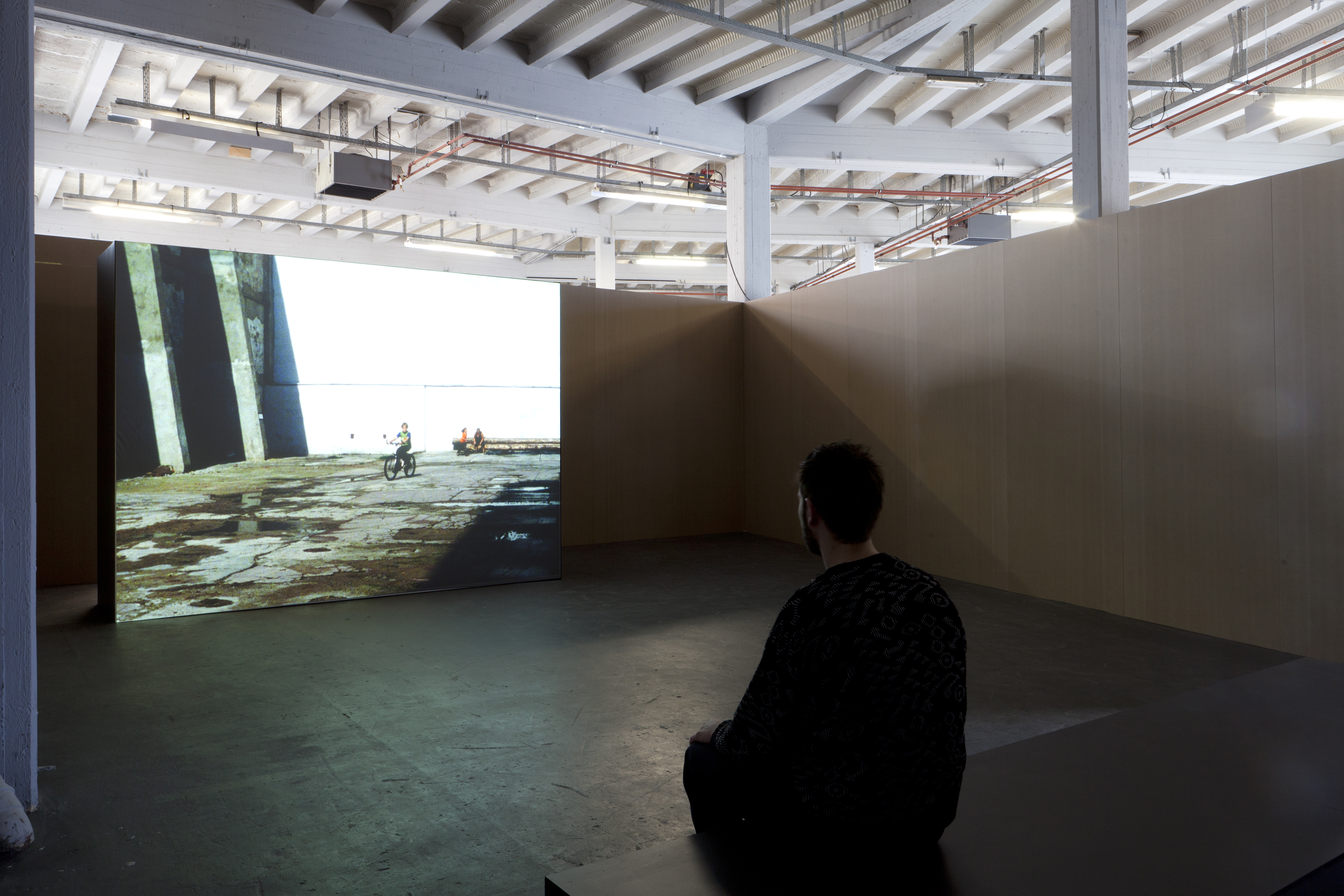 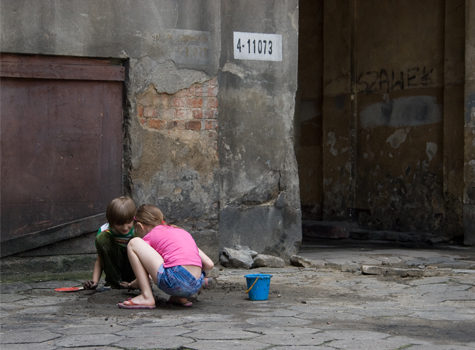 Sharon Lockhart’s film, Podwórka (2009), takes as its subject matter the courtyards of Lodz, Poland, and the children that inhabit them. A ubiquitous architectural element of the city, Lodz’ courtyards are the playgrounds of the children that live in the surrounding apartment buildings. Separated from the streets, they provide a sanctuary from the traffic and commotion of the city. Yet far from the over determined playgrounds, as we know them in the West, the courtyards are still very much urban environments. In six different courtyards throughout the city of Lodz, we see parking lots, storage units, and metal armatures become jungle gyms, sandboxes, and soccer fields in the children’s world. A series of fleeting interludes within city life, Podwórka is both a study of a specific place and an evocation of the resourcefulness of childhood. Sharon Lockhart’s installation Podwórka fits as subtle social portrait closely to Mofokeng’s work

Sharon Lockhart
Sharon Lockhart was born 1964 in Norwood, Massachusetts. The American artist and filmmaker studied at the Art Center College of Design in Pasadena, and at the San Francisco Art Institute. She lives and works in Los Angeles. Her work has been shown in numerous exhibitions and screenings in America, Europe and in Japan and has won many awards. Lockhart is the recipient of fellowships from the Guggenheim Foundation, the Rockefeller Foundation and the Asian Cultural Council. Her films No and Teatro Amazonas both screened at the Berlinale, Forum of New Cinema. In February 2006, her work, Pine Flat, was shown at the Berlinale within the context of Forum expanded, the new platform for video art and installations, hosted by Forum and KW Institute for Contemporary Art.