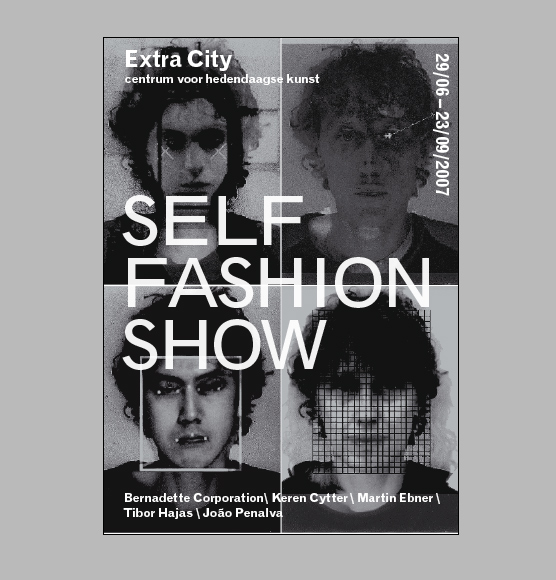 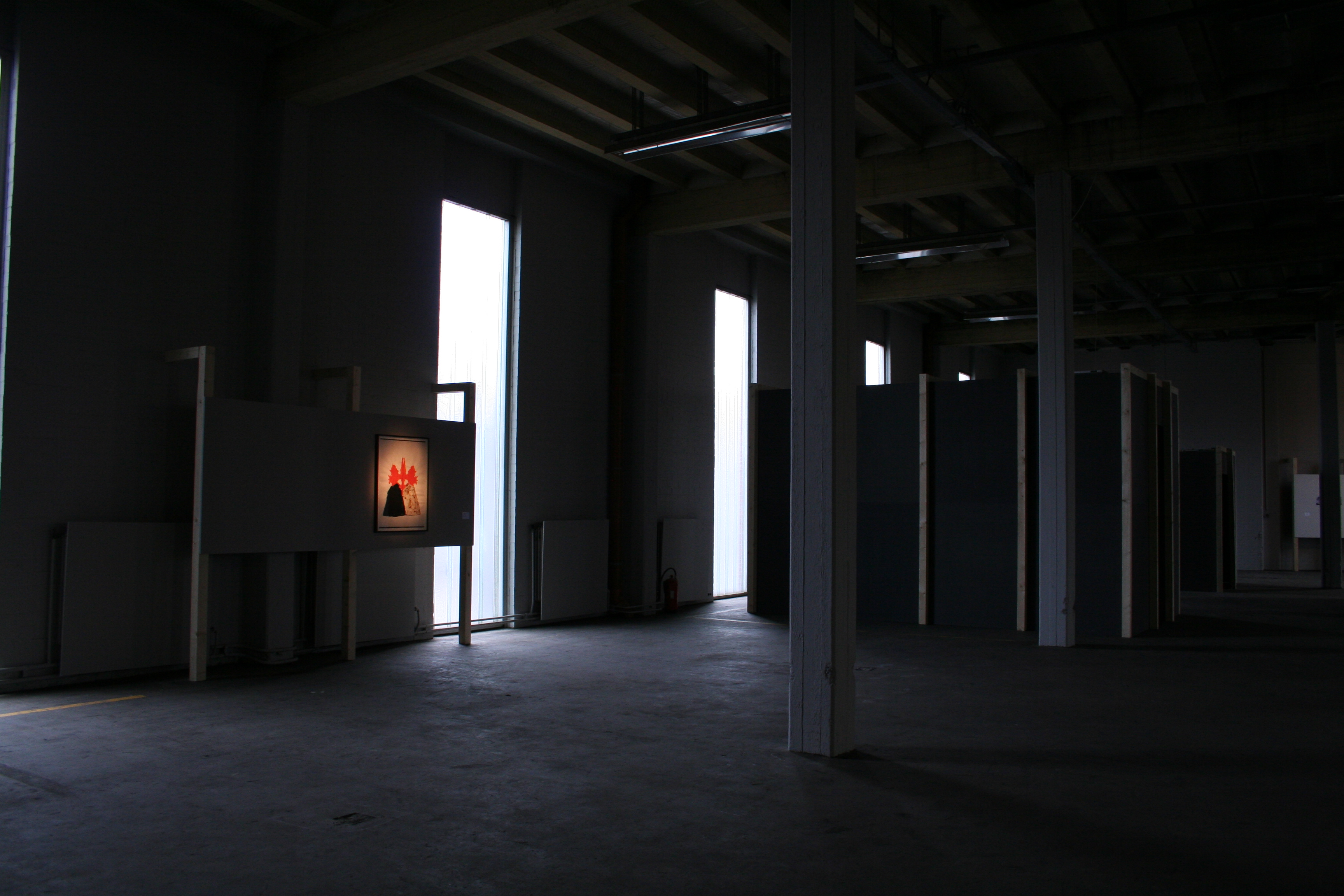 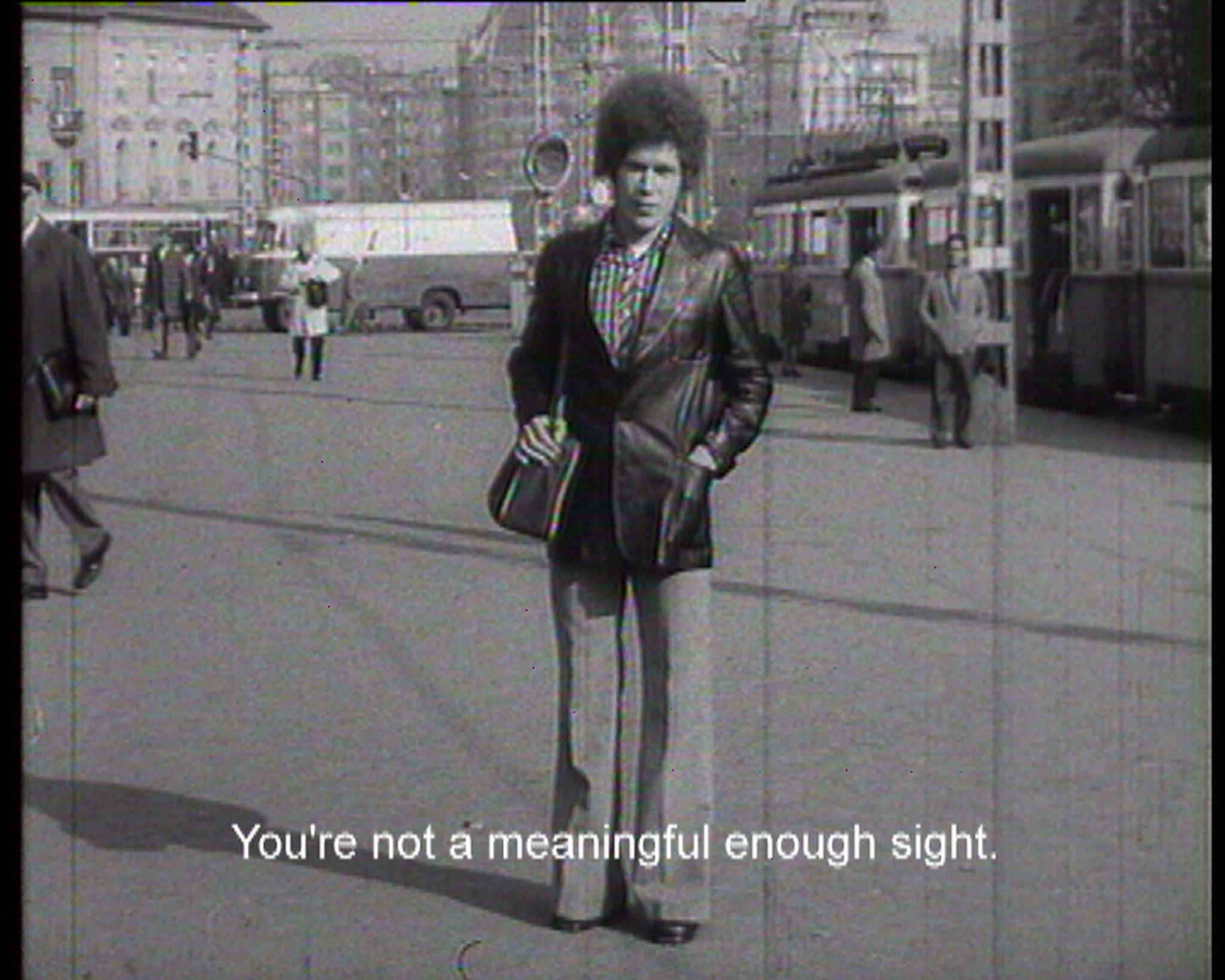 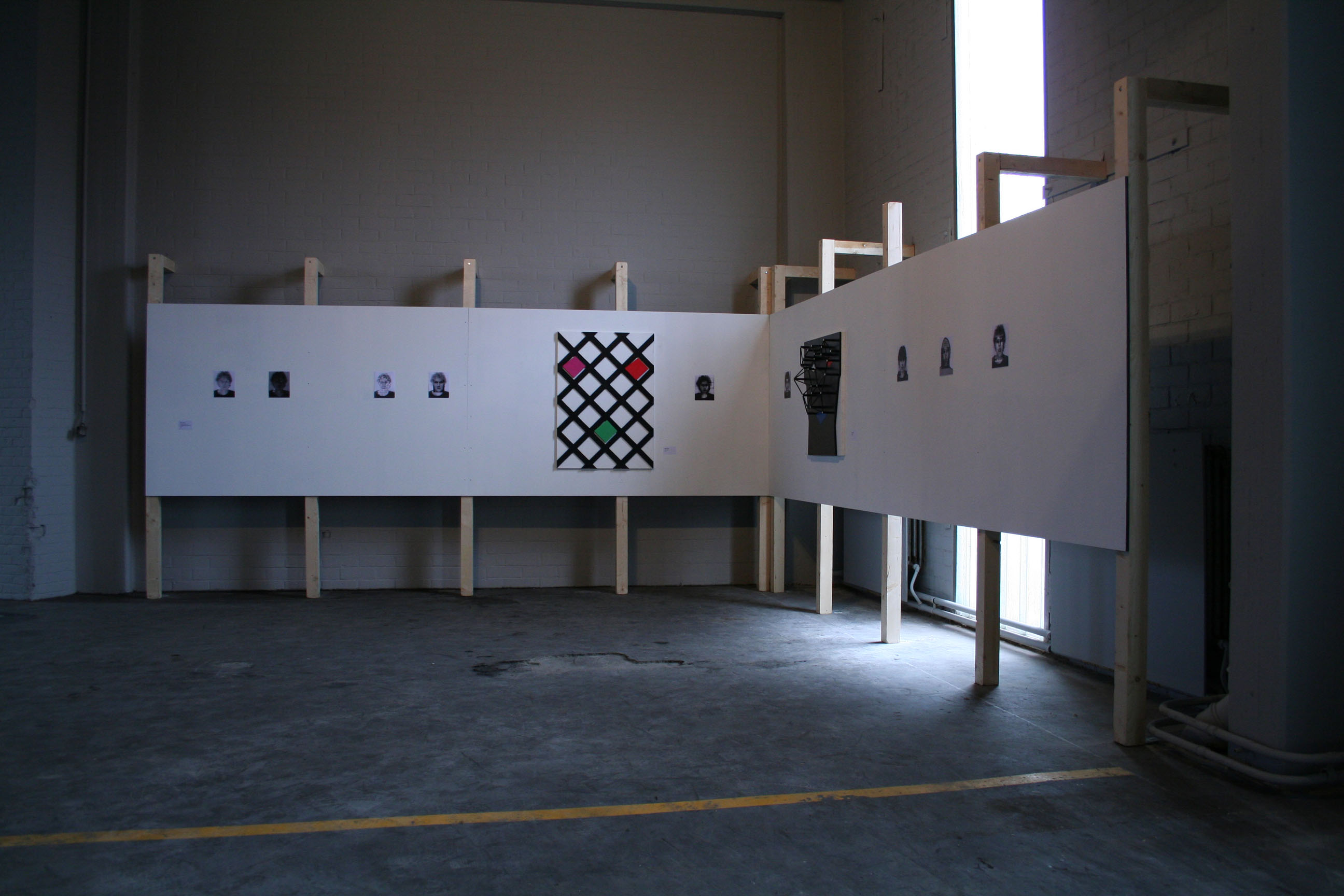 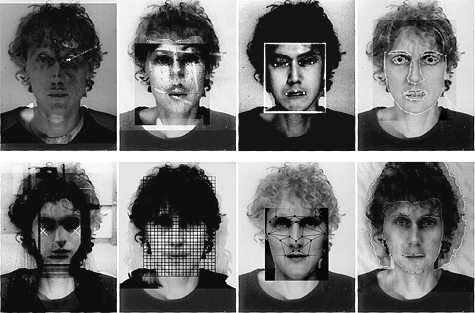 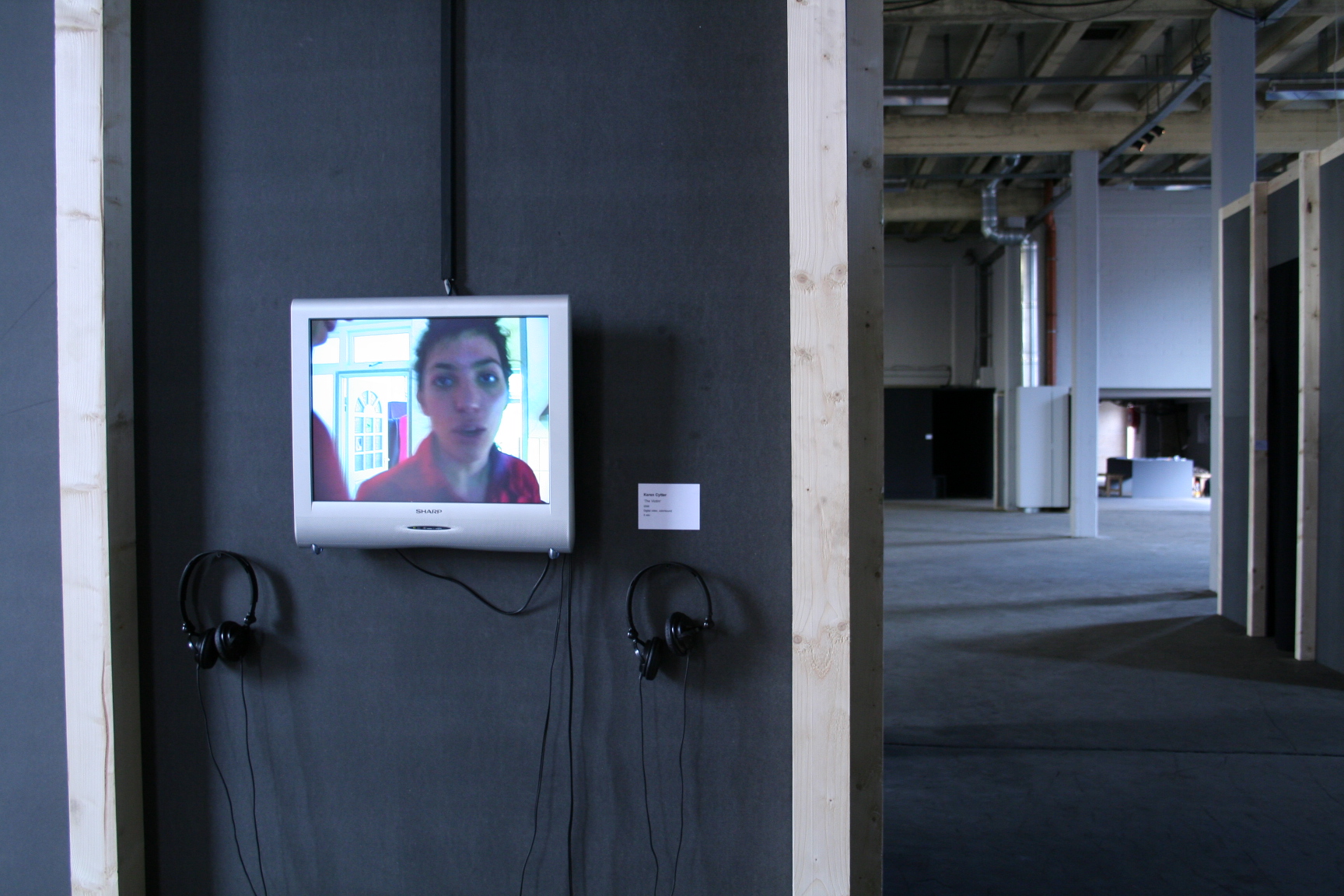 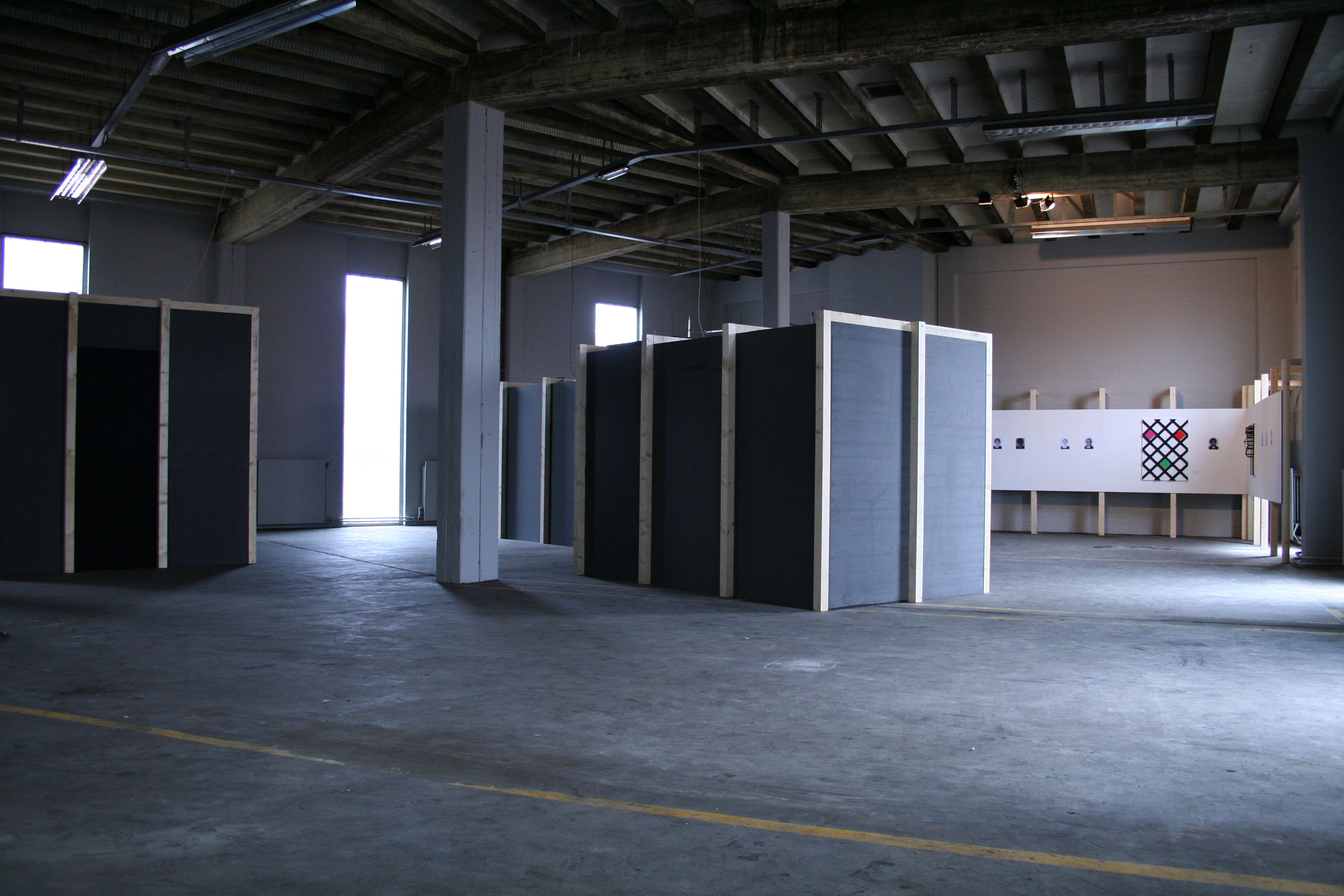 Self Fashion Show is a constellation of works gathered around a short film by the Hungarian artist, poet and performer Tibor Hajas of the same title. Hajas, who died at the age of 34, was one of Hungary's most important artists in the 70s. In Self Fashion Show (1976) Hajas explores the relationship between the way people represent themselves and the power of narration and commentary. Passers-by in the streets of Budapest are asked to introduce themselves in front of the camera. Meanwhile a voice-over gives them instructions and evaluates their performance. The work is an experimental setting exploring the gap between the way people see themselves and how they are perceived by others: a process that structures all representations of self. The increasing difficulty for individuals to close this gap under the imperative of flexibility and the ongoing quest for an authentic and coherent self image is the thematic focus of this exhibition, which in Tibor Hajas' work becomes a formal inquiry of the tension between autonomy and social determination, individualism and the abstract categories of social signification.

A series of pictures by Martin Ebner articulates the paradoxes of self-fashioning between the expressive genre of the self-portrait and the facial recognition applications in contemporary surveillance technology.

The video Hell Frozen Over (2000) by artist collective Bernadette Corporation, featuring fashion models and theorist Sylvere Lothringer reflecting on the poetry of Stéphane Mallarmé, extends this moment of tension, undermining the very idea of images of self and representation through the logic of emptiness and surface, and what could be understood as a comment on the relation between self and media in the age of mass entertainment.

The works by Keren Cytter also play with the idea of transcending the gap that runs through the representation of character and self: in her videos and short films, the script seems to enact the actor rather then the actor the script. Her videos are structured by the ever-failing attempt to synchronize the images of self with the surrounding world.

Presenting the latest work by Keren Cytter as well as a picture by João Penalva, which refers to the infamous Rorschach test and the phantasmatic projection of ones own self in relation to myth and social position, the exhibition is a first sketch in a series of projects around the status of the subject in contemporary art in connection to gesture, theatricality and the critique of representation.