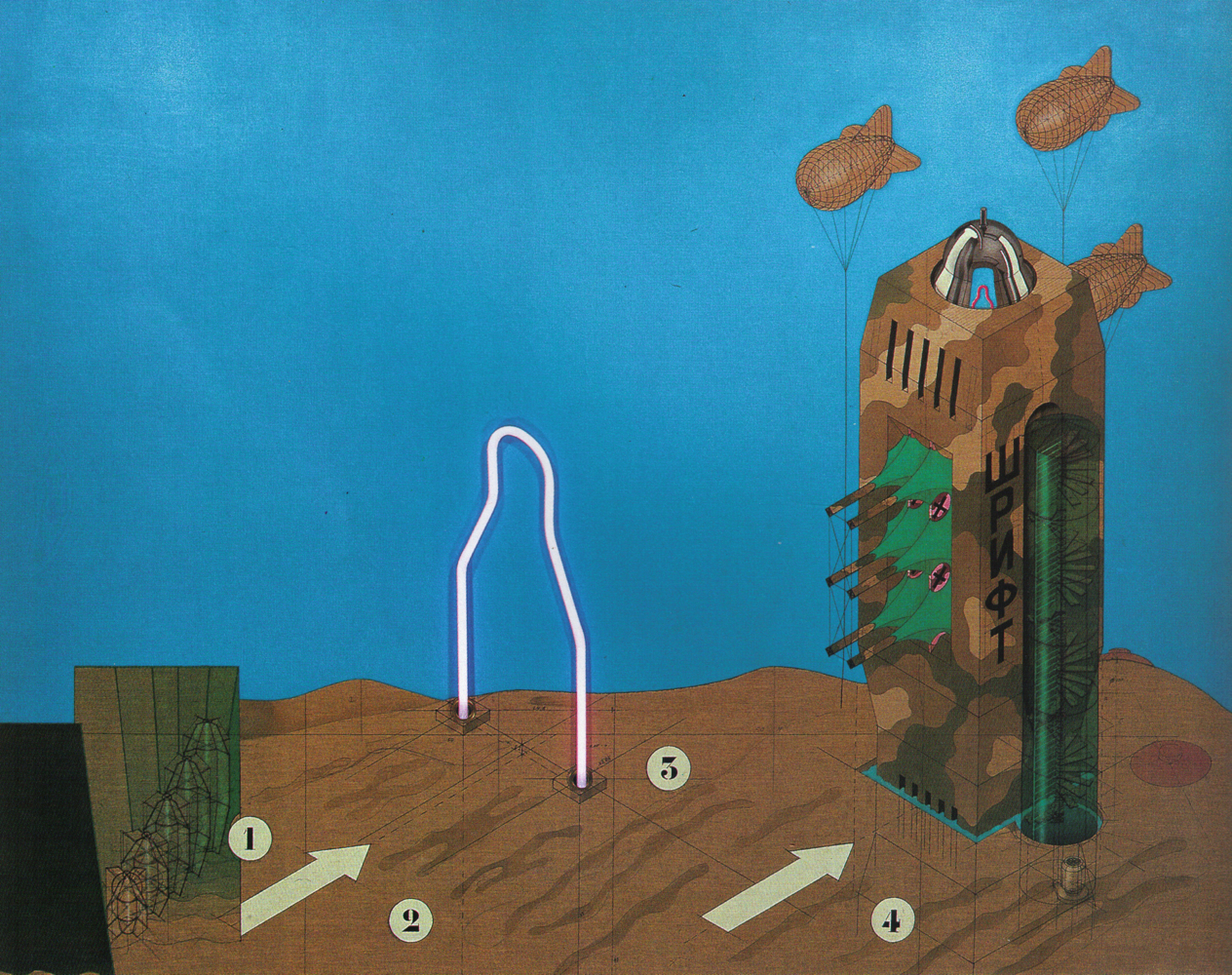 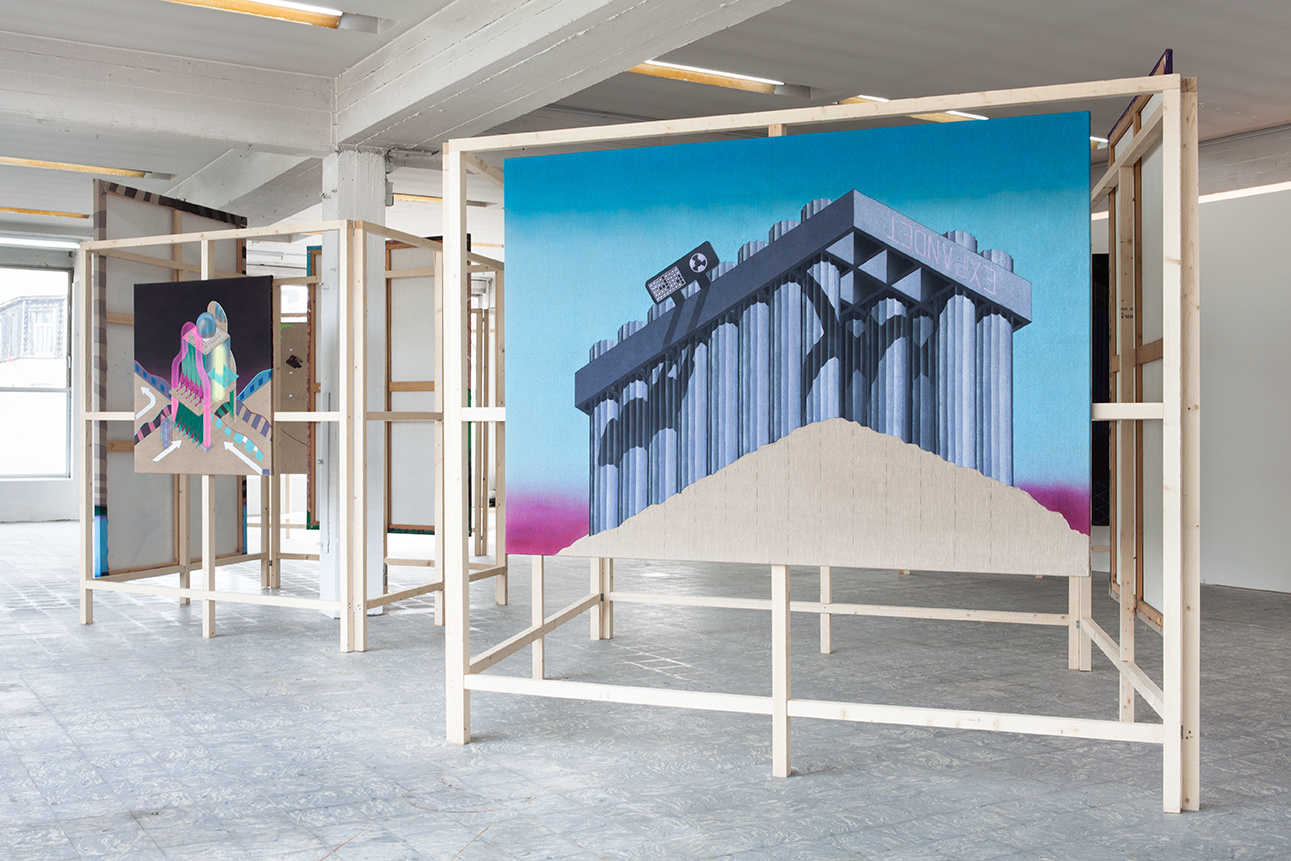 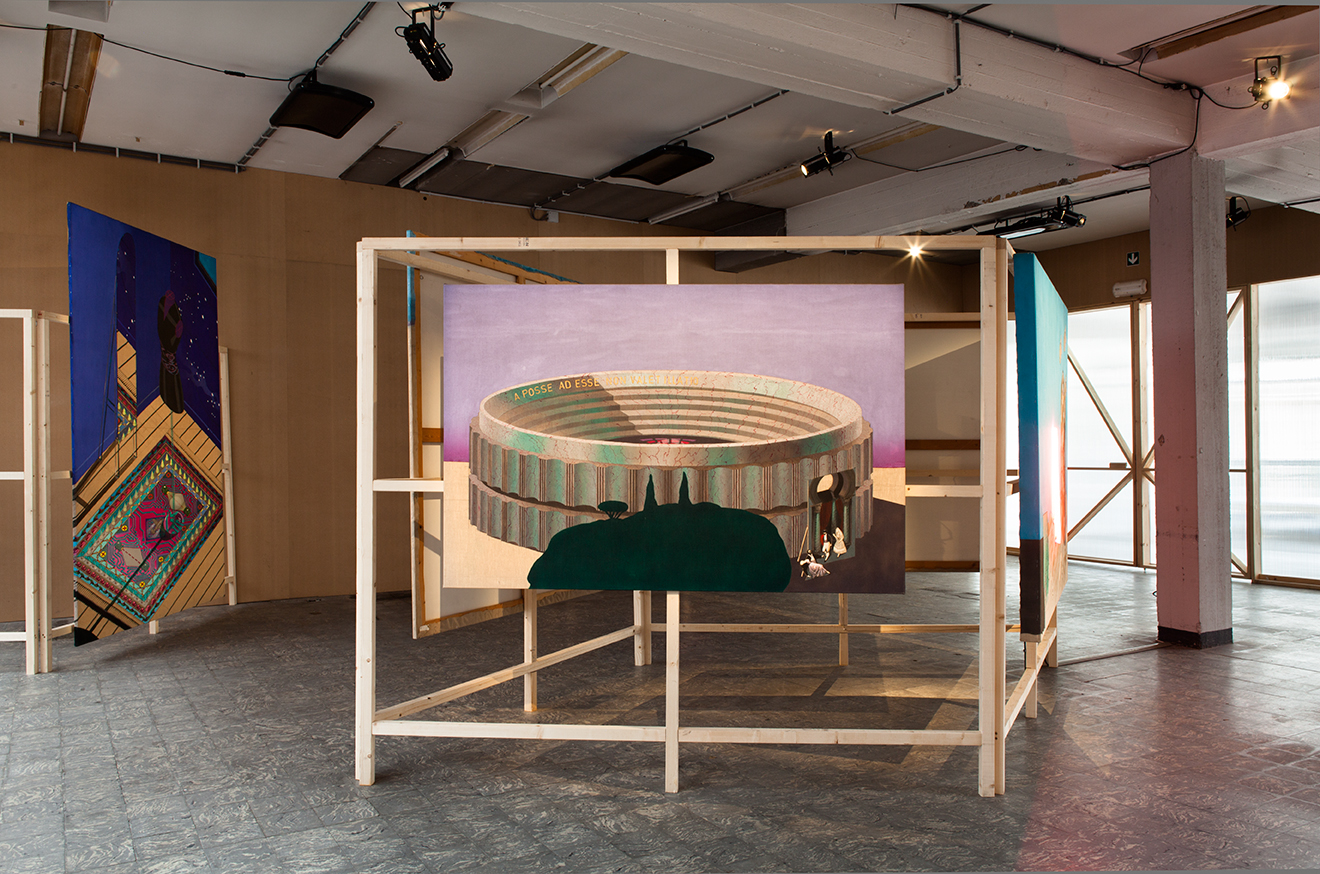 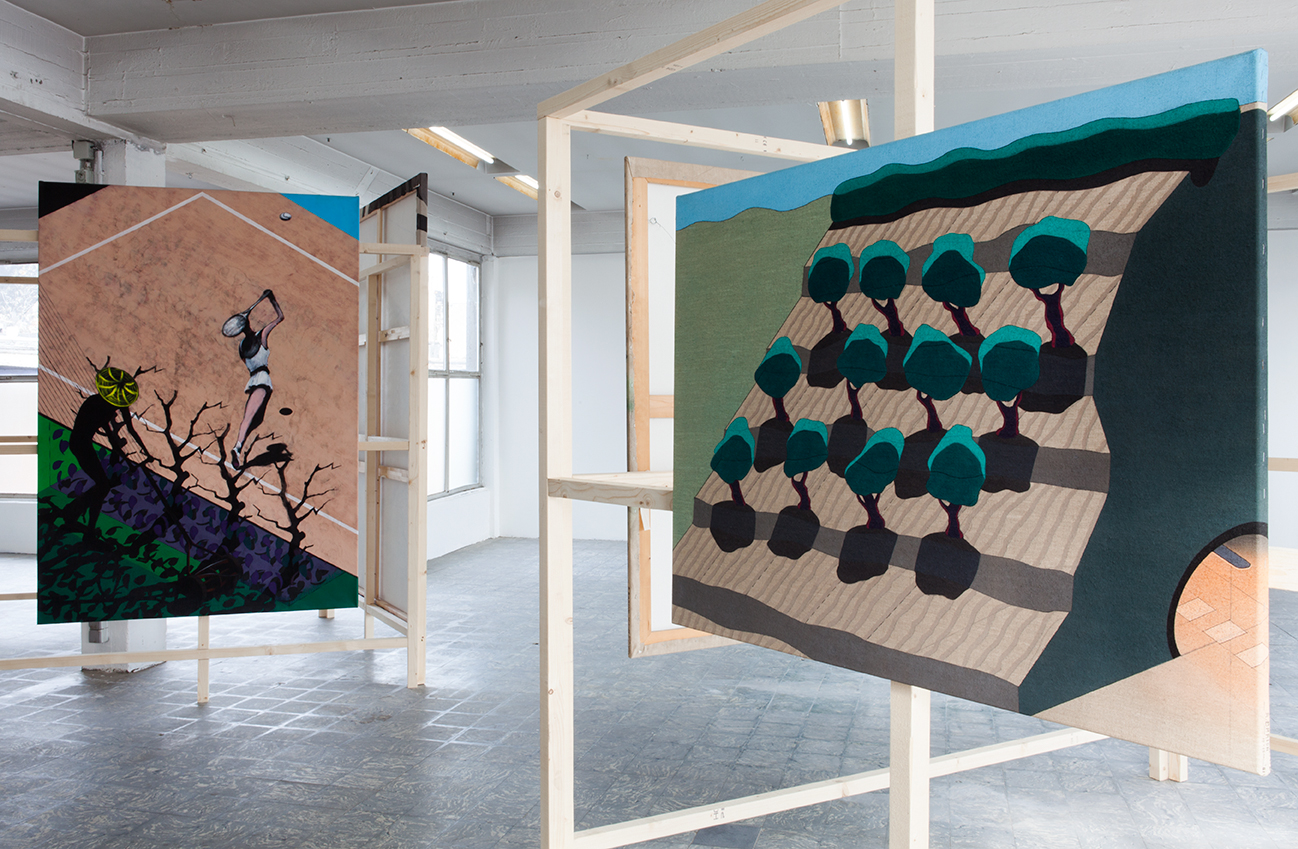 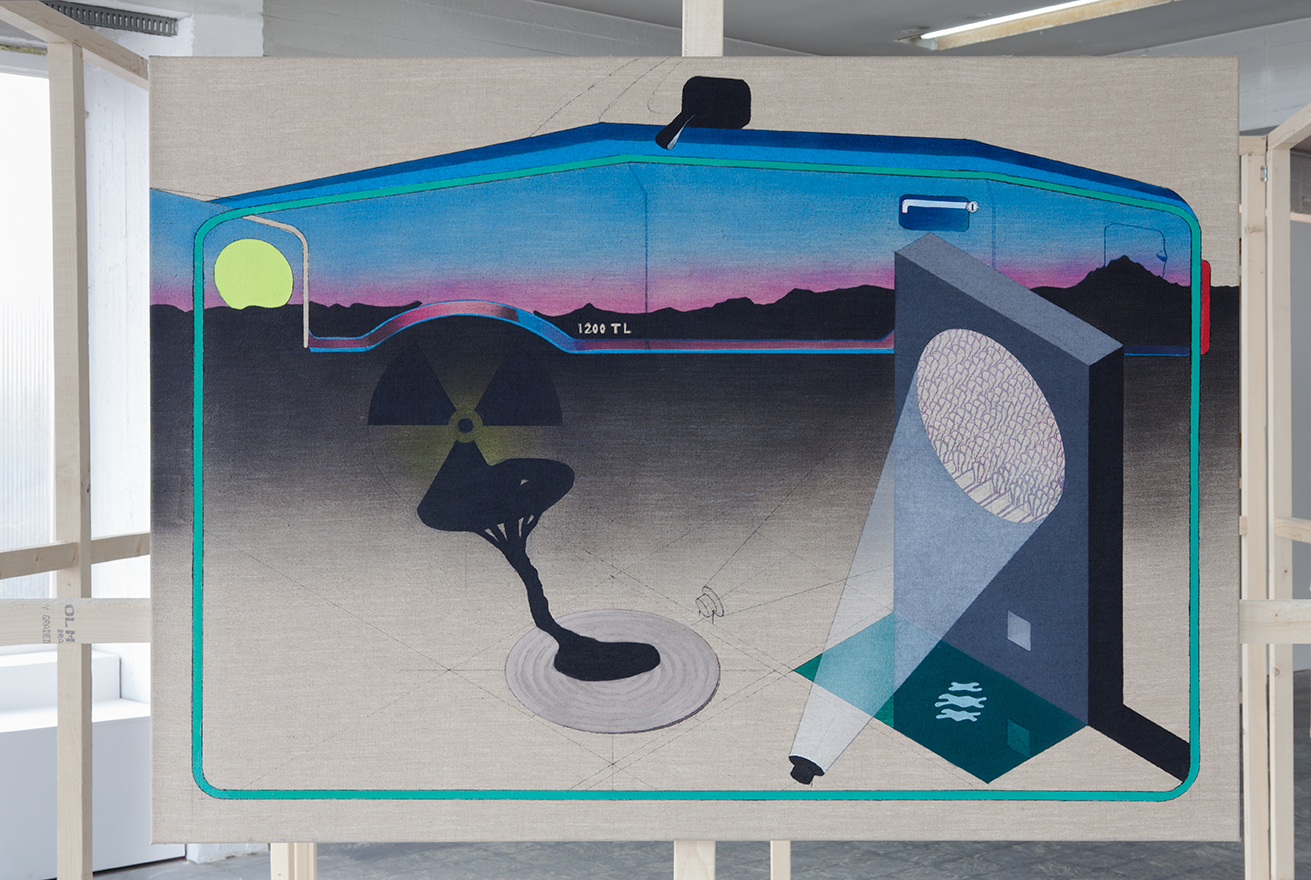 Of Lenses and Arenas

Raymond Barion’s (b. 1946, Valkenburg) intriguing paintings employ an idiosyncratic inventory of spatial perspectives, constructive elements and critical propositions. His meticulous, floodlit, depopulated architectures, and his atmospherically-heavy interiors compose a particular history of seeing and being seen, of visibility and vulnerability: a history told without protagonists, but through threatening, uninhabitable spatial abstractions. The artist’s research fuses references to Duchamp and Baroque architecture, military cartography and Rem Koolhaas, the machinization in Deleuze and Guattari’s ‘Anti-Oedipus’ or Agamben’s ‘state of exception’. In the ecstatic environments Barion paints, space itself appears to exercise free will, obstruct passageways and camouflage fissures, attract and repel to equal extents – finally to create an illusion of radiant, functional seamlessness. A transparent sheet of emptiness seems to cover Barion’s mechanized landscapes, holding the eye at a distance from topographies without entry or exit.

The artist has a markedly political take on the spatial conditions of contemporary life, as mediated by recent architecture, neo-liberal public space policies and advancements in visual technologies. He sees, for instance, a direct connection between the gladiators’ arena in the Antiquity and today’s surveillance or recording devices: like the arena, the lens of the telescope or camera zooms in on or shoots confrontation and concealment, violence lived and built.

Focusing on work made in ‘80s and ‘90s, and including a recently completed painting, the presentation highlights the relevance of Barion’s work to current debates on public space, multiplying social or political conflicts and the multiplying machines to document them visually. This aspect is reinforced in a critical re-evaluation of the artist’s practice, via an essay commissioned to architectural theorist Stefaan Vervoort, investigating the dynamic, in art and in theory, between the imagination of the ‘outside’ and the overarching, all-inclusive space of capitalism. 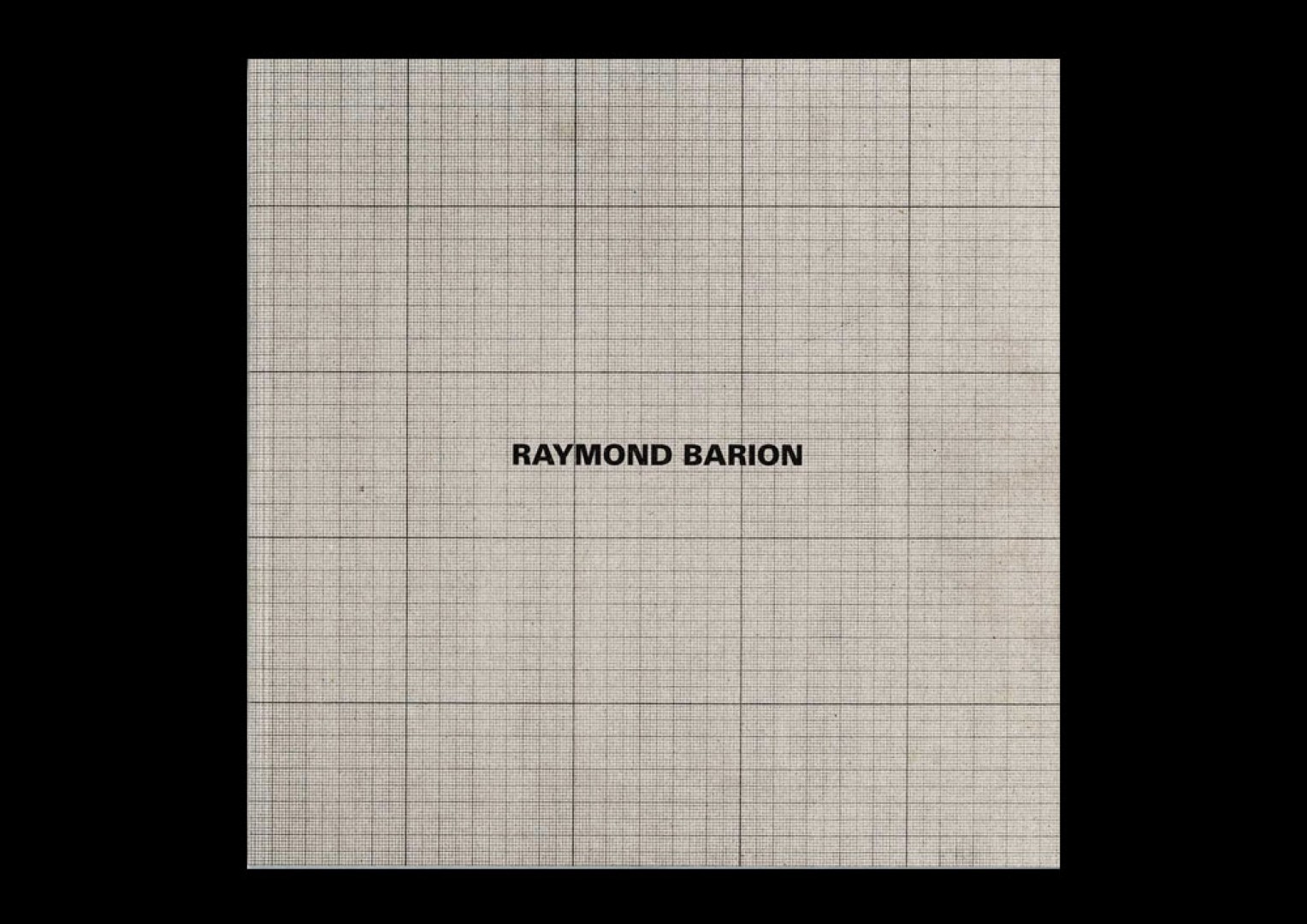