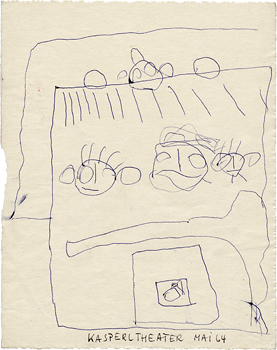 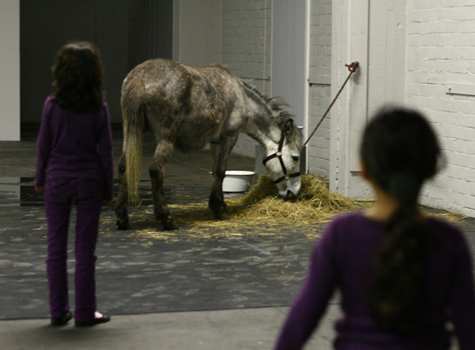 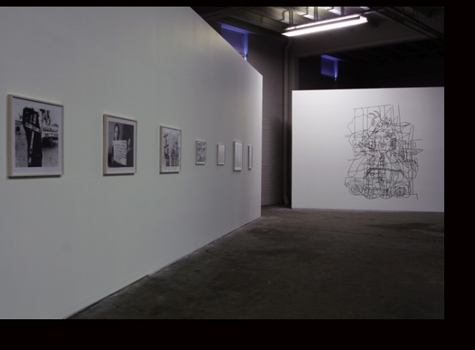 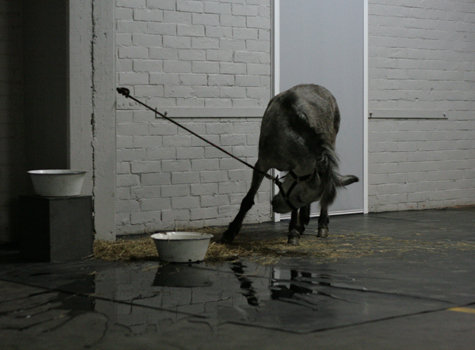 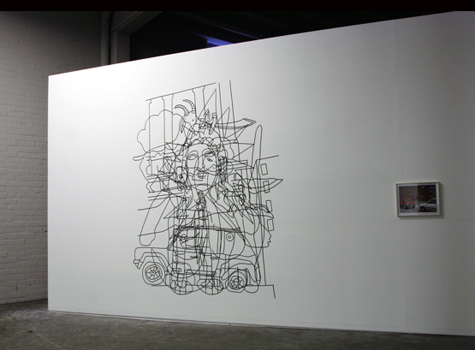 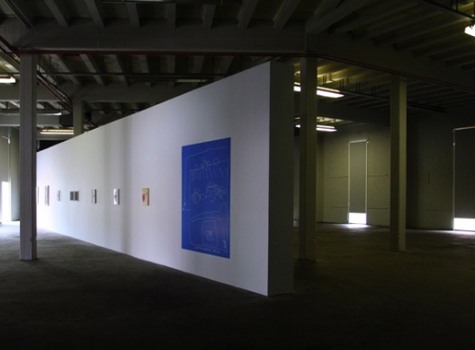 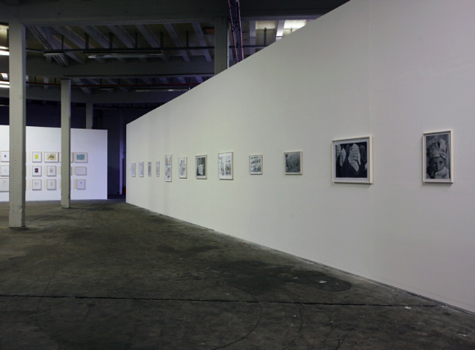 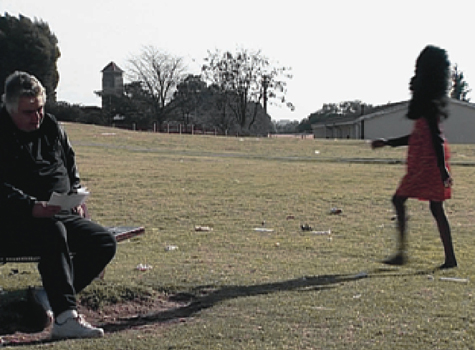 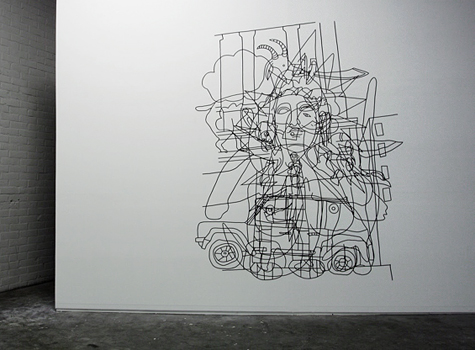 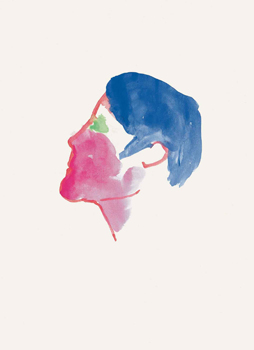 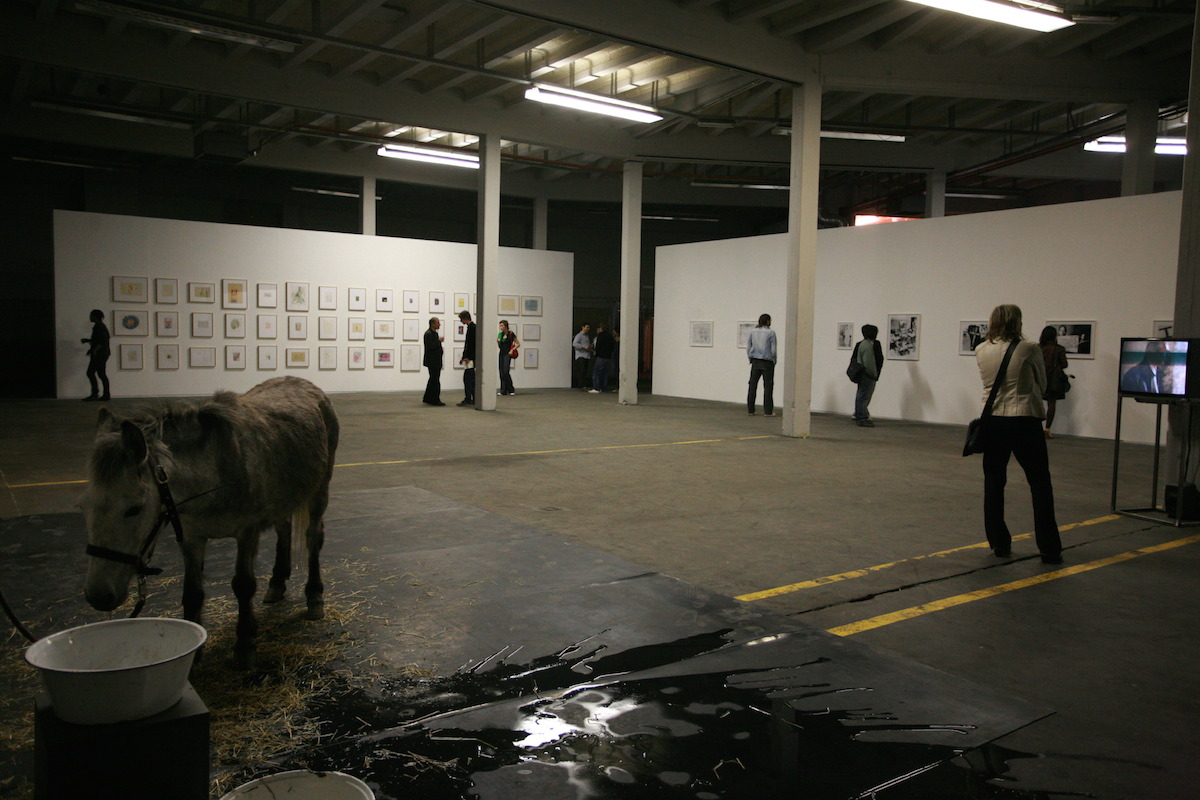 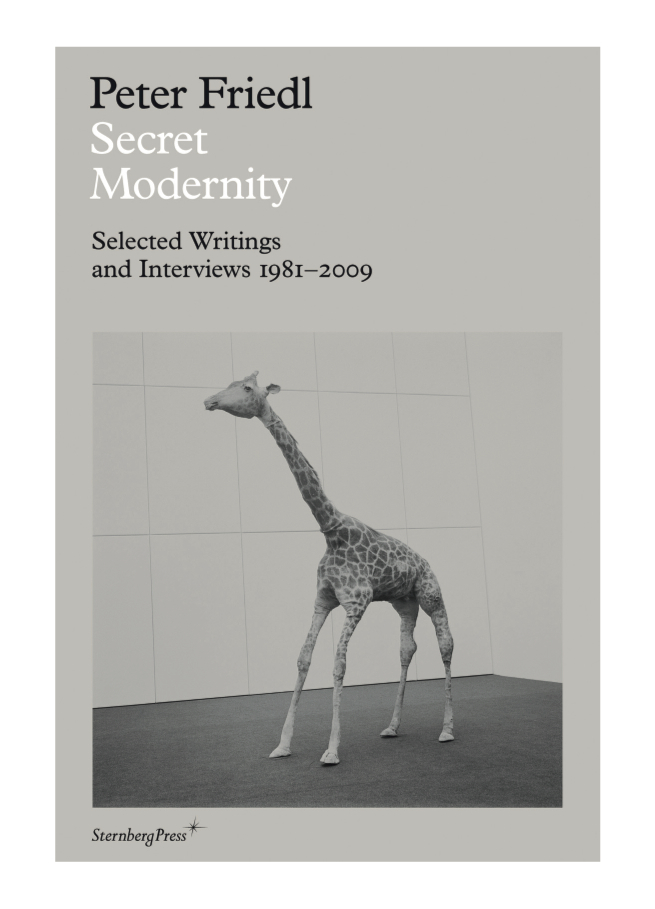 Theater and its aesthetics have been a reference in Friedl's work since the early 1980s, when he published a large number of essays on the subject. The theater embodies the whole complex of representation in its most direct form: the problem of 'speaking positions,' of transformation, and of acting – or, of what can be said and how, in which aesthetic genre and political context. In his exhibitions, Friedl uses a new concept of genre – strategies of bracketing, exposing, editing, and other contextual transfers – to discuss these questions in their respective institutional and historical frameworks and narratives. Throughout his artistic practice runs a deep concern about the language of the 'subaltern' – that is, what remains outside or excluded from accepted symbolic systems. Friedl's works are aesthetic models for disarming configurations of power.

This exhibition takes its cue from an internet project, Blow Job, initiated by Friedl in 2001 and set up as an anonymous blog: a brief scenario full of biographical, historical, and fictional references including seven acting characters. Running dialogues, stage directions, or prose insertions could be contributed to the website anonymously. It was conceived as a self-generating portrayal of a specific social situation in a specific place (Berlin) and time, but also as a reflection on participatory art, open structures, and post-dramatic theater. For the Antwerp exhibition, Extra City commissioned Peter Friedl to edit this trash material, which has now become anachronistic. Following Friedl's previous text-based projects, such as the children's monologues of Kromme Elleboog and Four or Five Roses or the interviews in Working at Copan, Blow Job raises questions of authorship, institutional practice, and visibility. The drama text will be published by Sternberg Press and will become the source for realizations and collaborations in various institutional contexts, beginning in São Paulo and Berlin in the fall of 2008. The exhibition brings together a selection of older and new works selected from the perspective of this commission.

The entry piece is the silkscreen Kasperltheater (1964–2008), based on one of Peter Friedl's children's drawings, which were also included in his recent retrospective exhibitions and in documenta XII. 'Kasperltheater' is (or was) a popular form of puppet theater for children, for many people perhaps their first encounter with theater. The original drawing is part of the series of 45 drawings that are presented here chronologically from 1964 to 2008, many of them for the first time.

The site of action for the video installation King Kong (2001) is Sophiatown on the outskirts of Johannesburg. During the destruction of Sophiatown by the apartheid regime in the late 1950s, which turned it into a white-only neighborhood named Triomf, it was chosen as the backdrop for the South African jazz opera King Kong, whose tragic hero was the boxer Ezekiel 'King Kong' Dhlamini. In Friedl's film, a subtle deconstruction of a video clip, U.S. songwriter Daniel Johnston, surrounded by playing children, performs one of his songs in which he retells the story of 'King Kong,' the film.

Since 1992, Friedl has been collecting pictures from newspapers and magazines for his long-term project Theory of Justice. 'As the art of observation, every theory draws a picture of the world. But what happens if the images themselves want to become theory?' he asks. The title refers to the attempt at renewing social contract theory undertaken by the U.S. philosopher John Rawls (1921–2002). As classic examples of political liberalism, these theories advocate a well-ordered society based on an overarching consensus among its members. But in the current global drama of exclusion and marginalization, conflict – politics as resistance – takes the place of consensus, and employs the logic of the political as opposition to the dispositifs of administration, police repression, and institutional regulation. Friedl's photographs single out motifs from his archival collection rephotographed on black and white negative film, a method which is revealed by the small shadows at the edges of the images. As the document turns into an artifact, the pictures give rise to a momentum of autonomy.

For the 48th Venice Biennale (1999), Peter Friedl together with his family produced his own and that of his work in drawings which he reworked on the computer and later printed as a coloring book. Several motifs are now used for an iconoclastic wall drawing. Perhaps a comment on participatory art, it certainly refers to the relation between memory and history, reminiscent of the Freudian image of memory as a palimpsest.

The slide projection Snjókarl documents children at the Living Art Museum in Reykjavík. They build a snowman from papier-mâché following a draft by Friedl's son. It should have reached the height of the artist, yet the young sculptors decided to stop at 140 cm. Snjókarl is like a film in the form of still images. The slides, taken in 1999, have not been exhibited until today.

Originally, Forty acres and a mule (2001) – another work dealing with inadequacy – consisted of a living mule, a black rubber floor mat (any dimensions possible), and a series of five photos based on Theory of Justice pictures. Here the aesthetics of minimalism are charged with political history: '40 acres and a mule' is the compensation that was to be awarded to freed African-American slaves in the aftermath of the Civil War (1862–1865) – a promise never fulfilled and still haunting U.S. society.

La Bohème (1997) documents a performance in Berlin. Friedl designed a poster advertising 'La Bohème'; the event took place in an attic (just like two scenes of Puccini's La Bohème). Rather than staging a performance for an audience, the audience was staged for the performance.

Other works on display include a color photograph of a stone relief in Copán, a Mayan site in present-day Honduras. The picture appeared first in the context of Friedl's Working at Copan book addressing the fate of modernism. Working at Copan was released just before the exhibition and is available at Extra City and in bookshops. The photo functions as a reference to the archaeology of performance which has become more prominent in recent years. 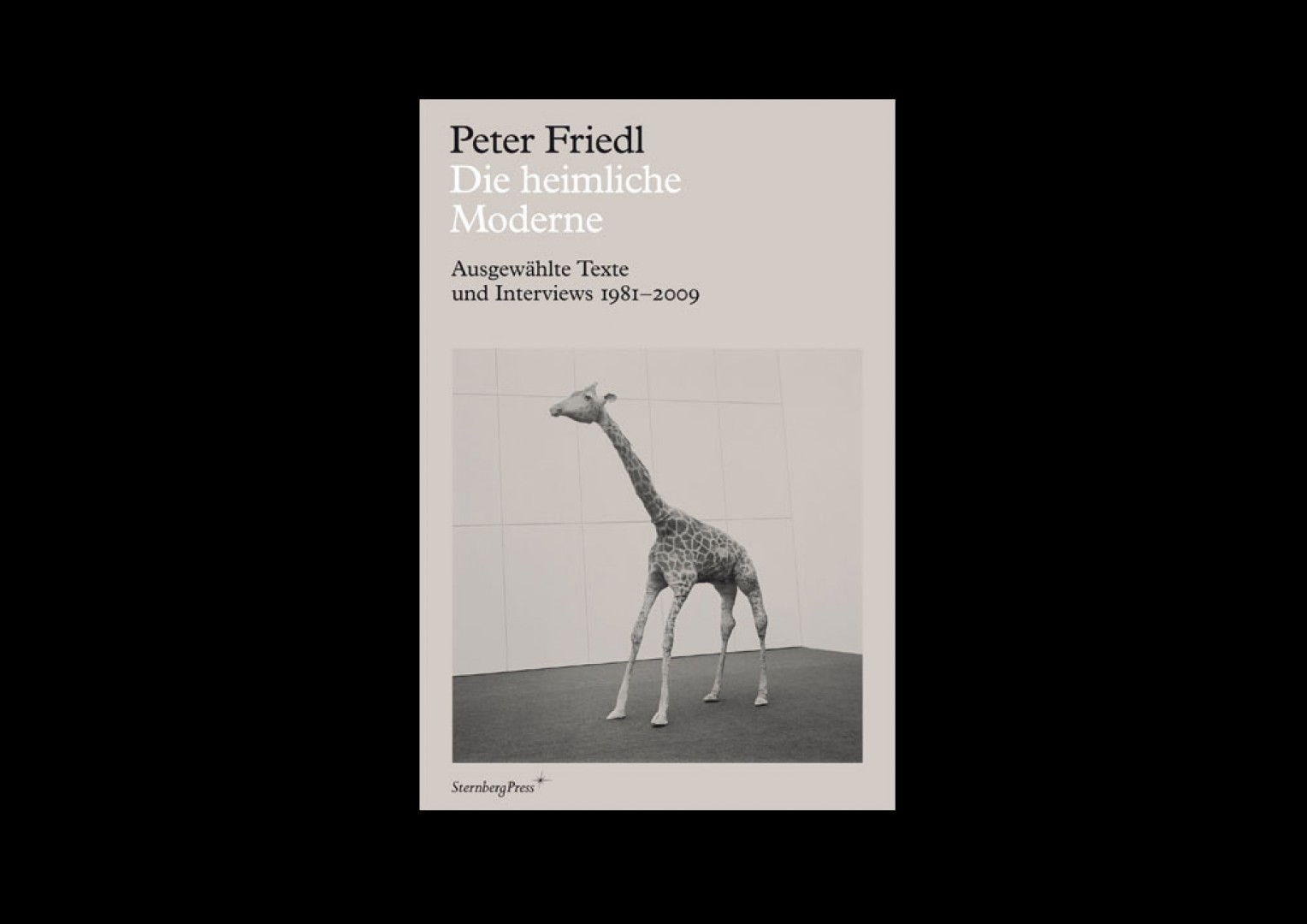 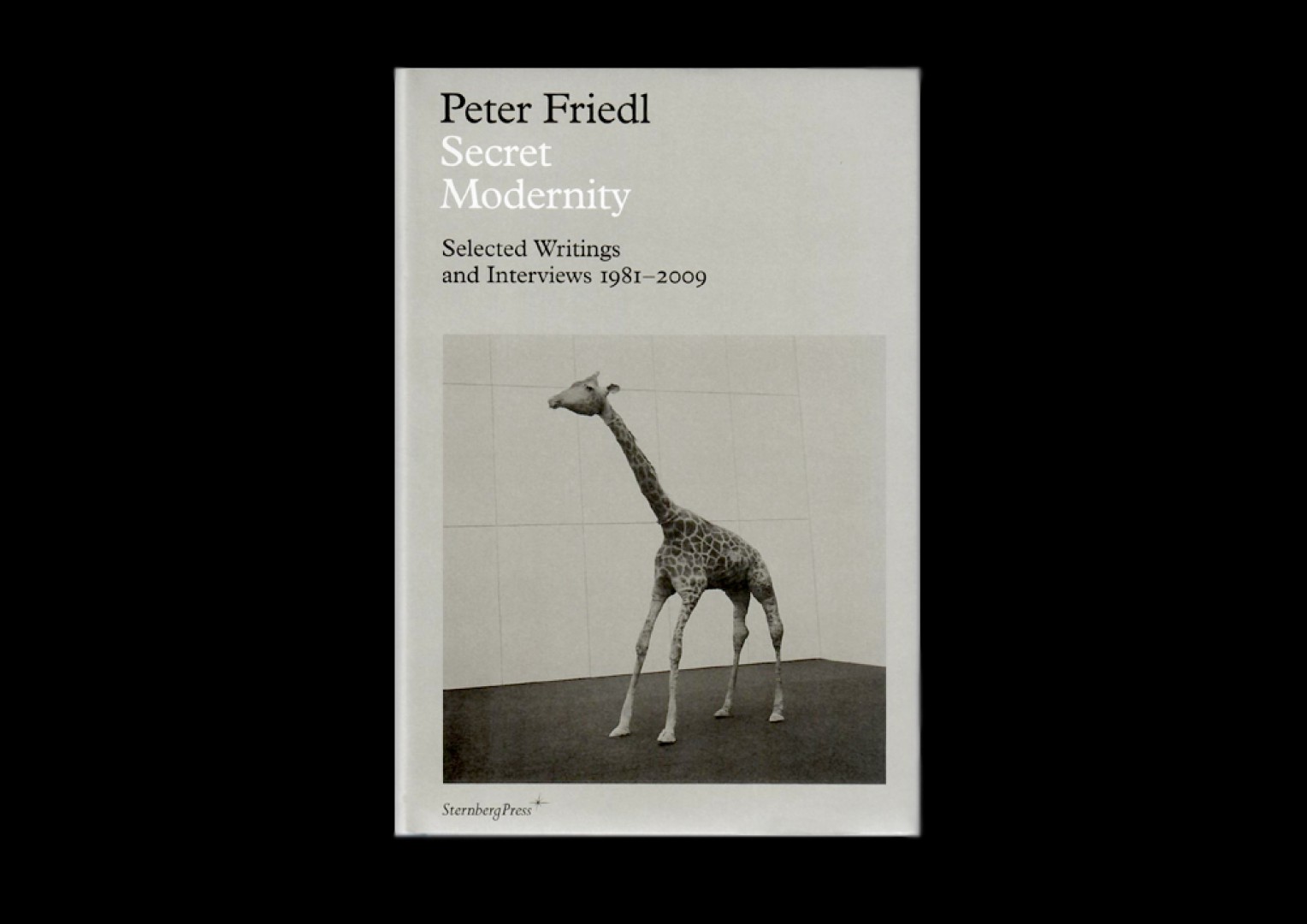 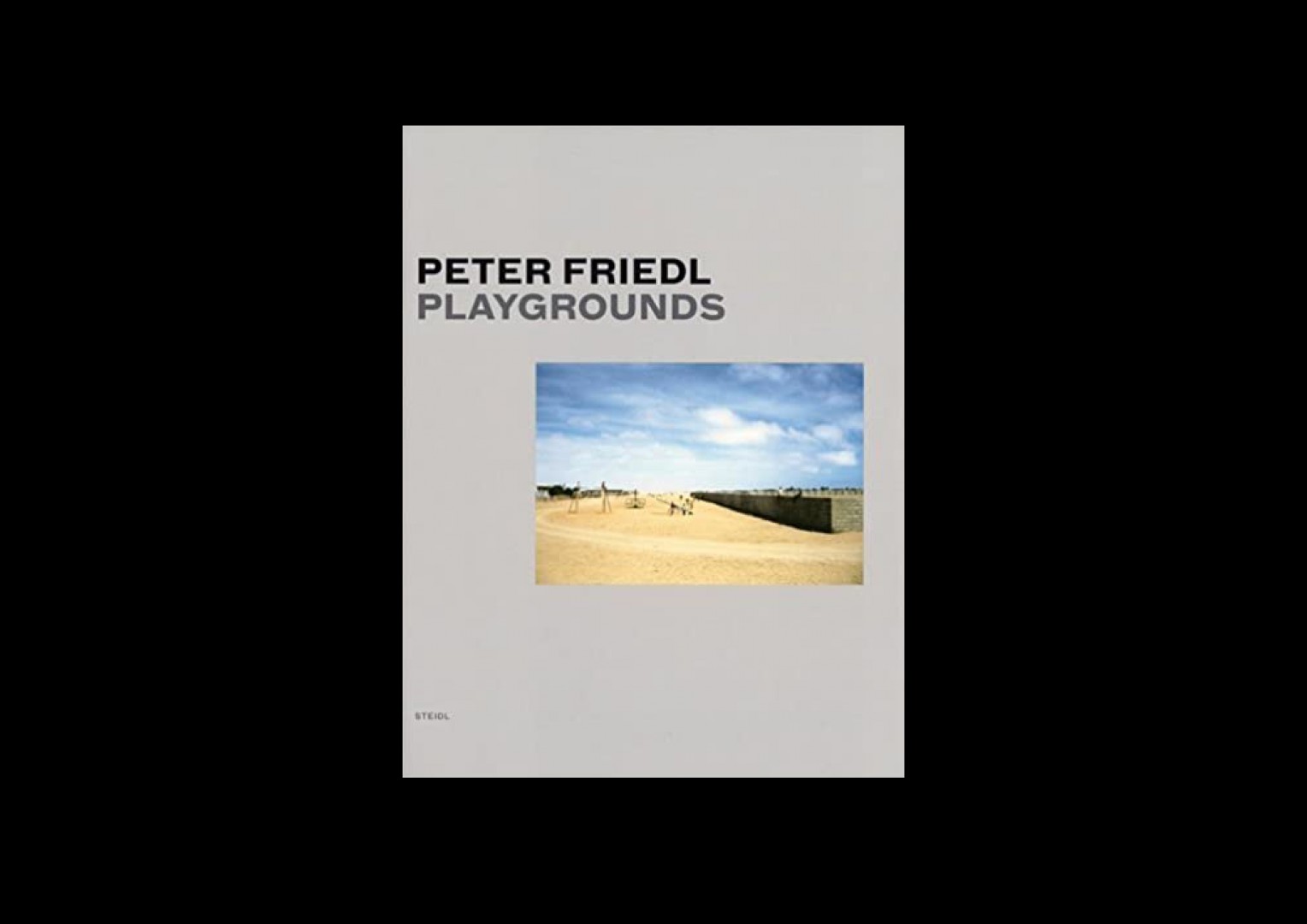