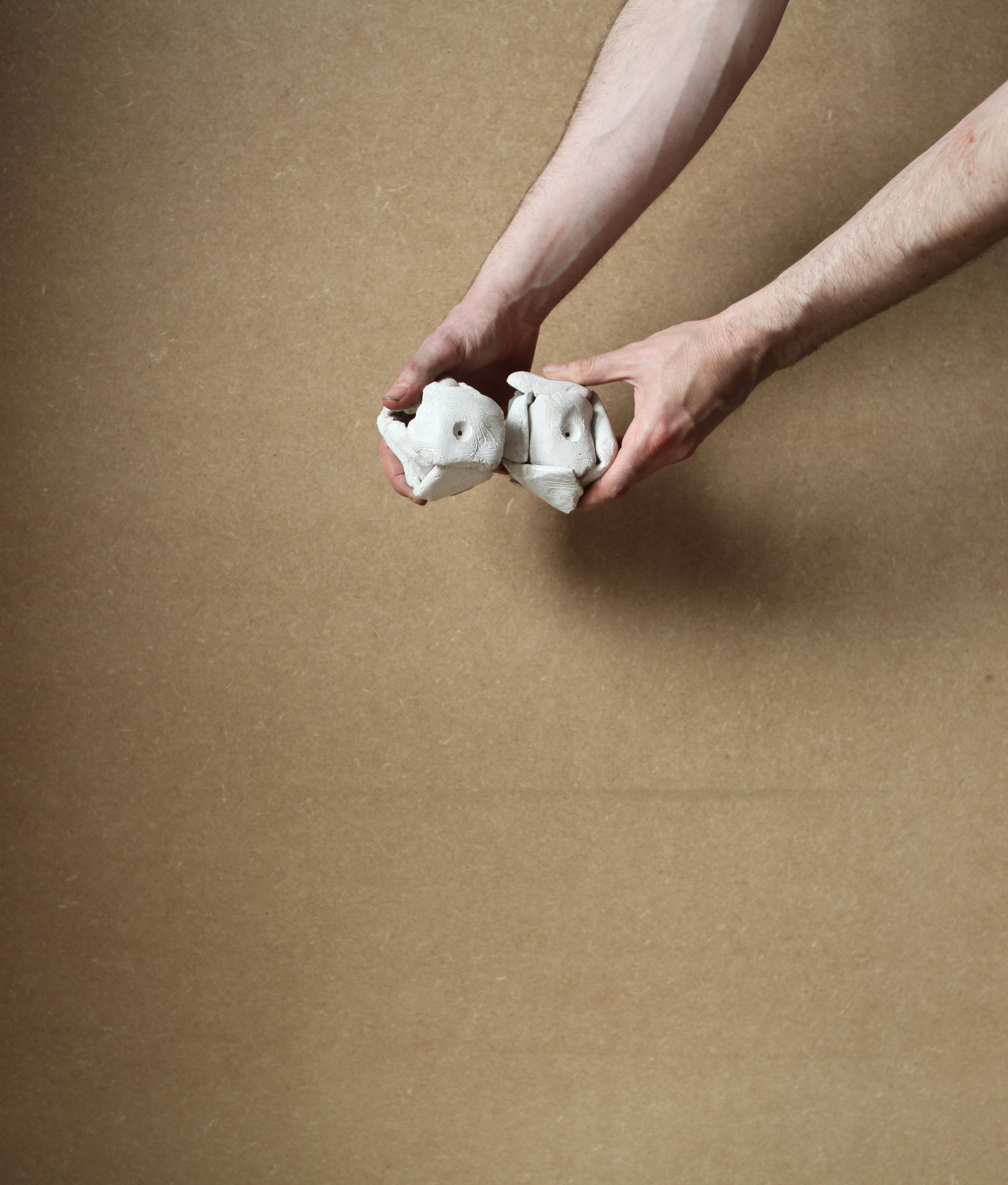 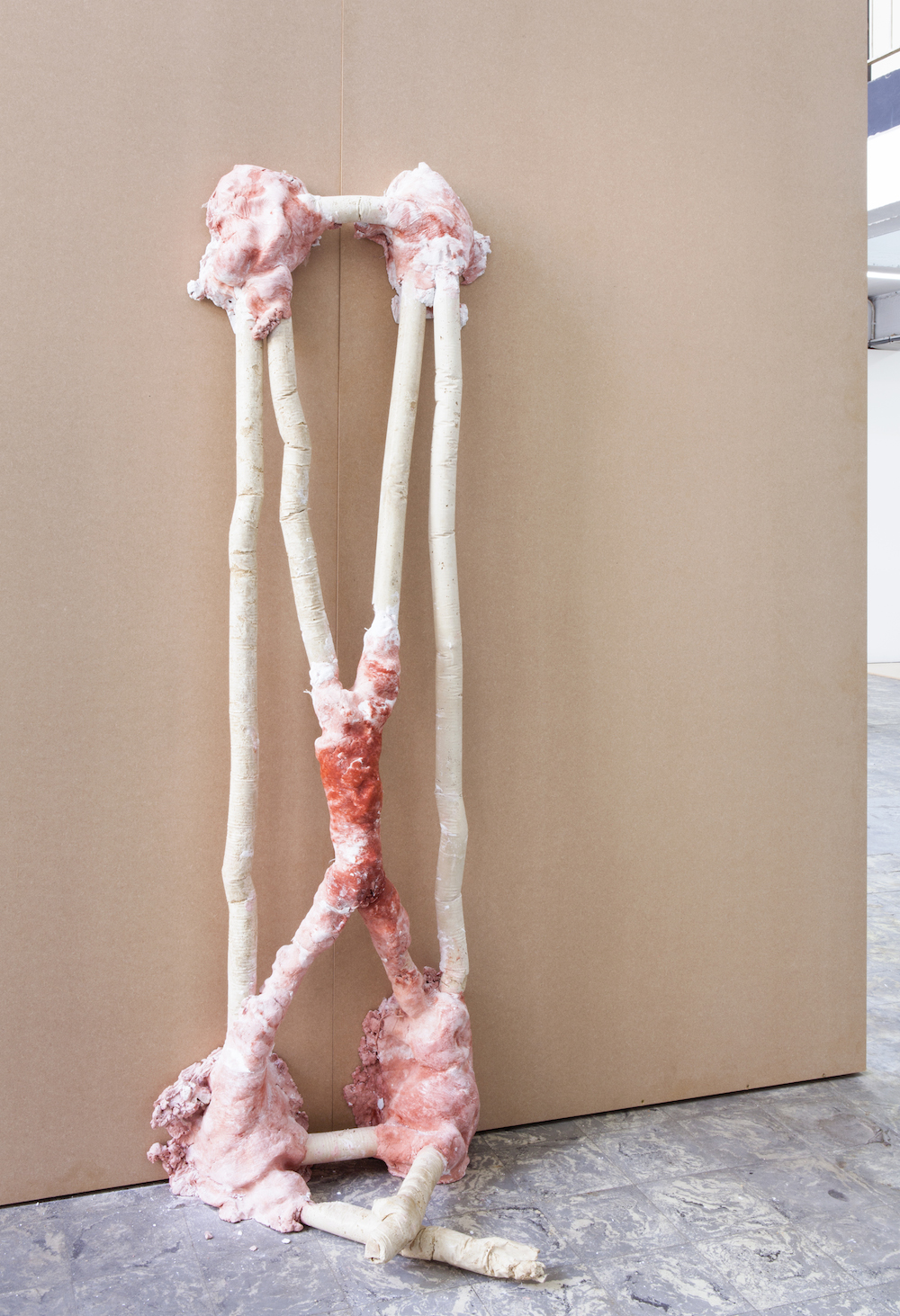 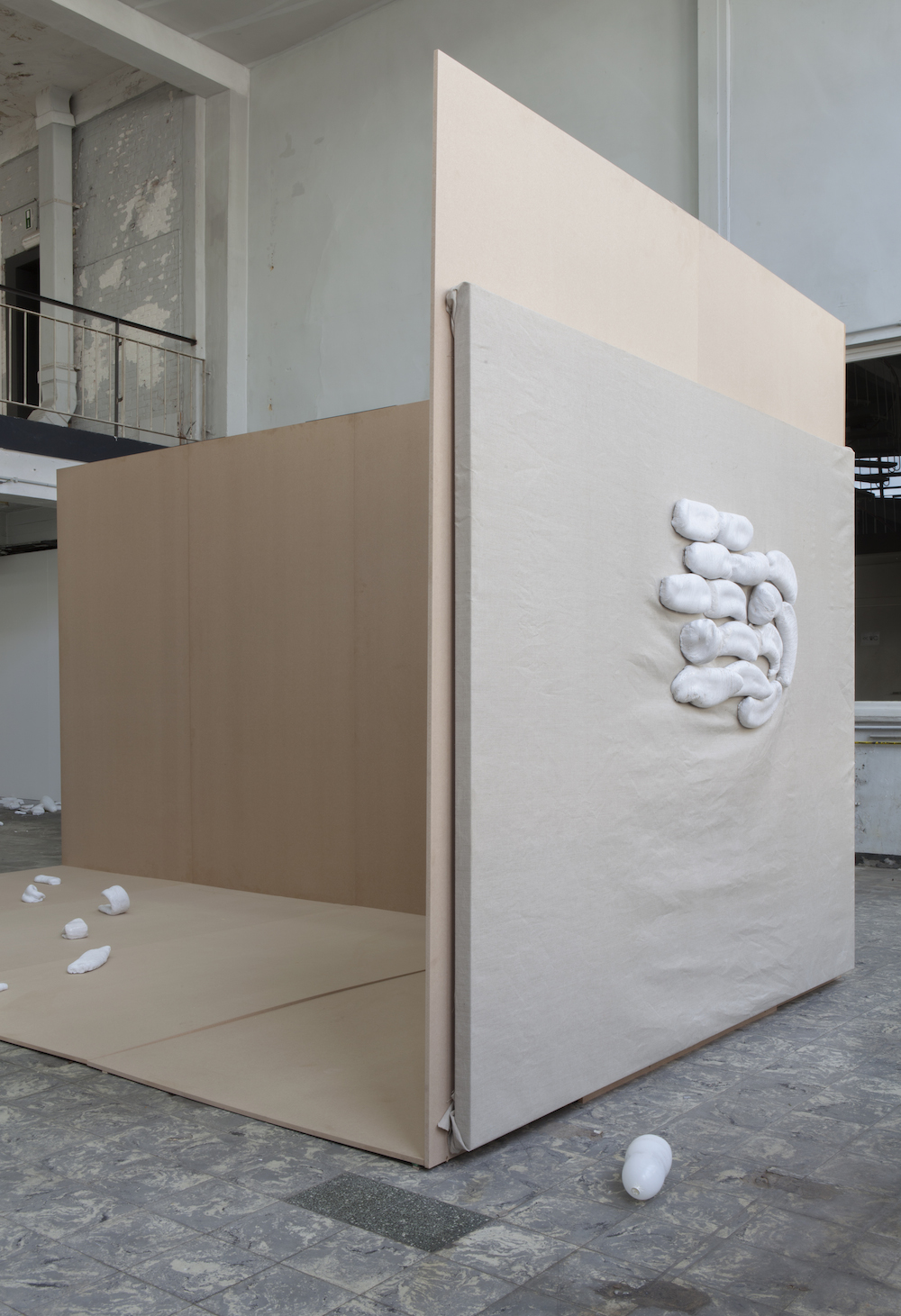 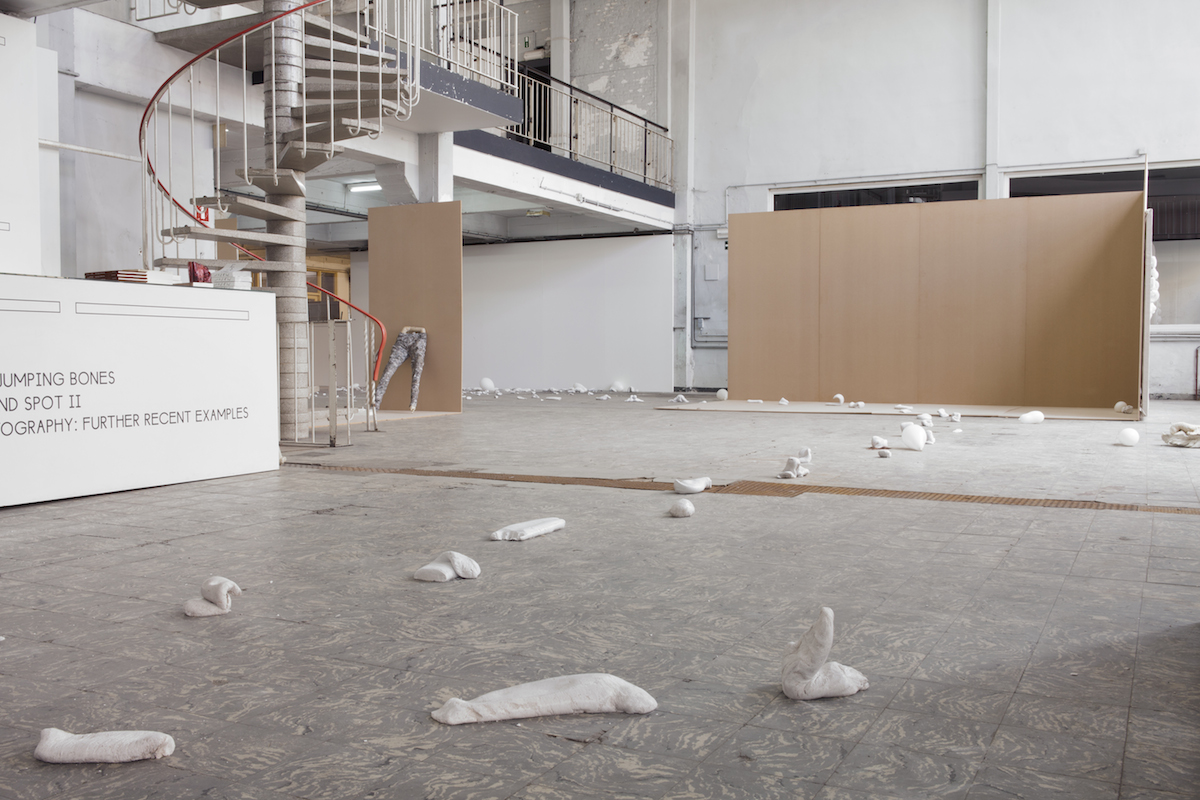 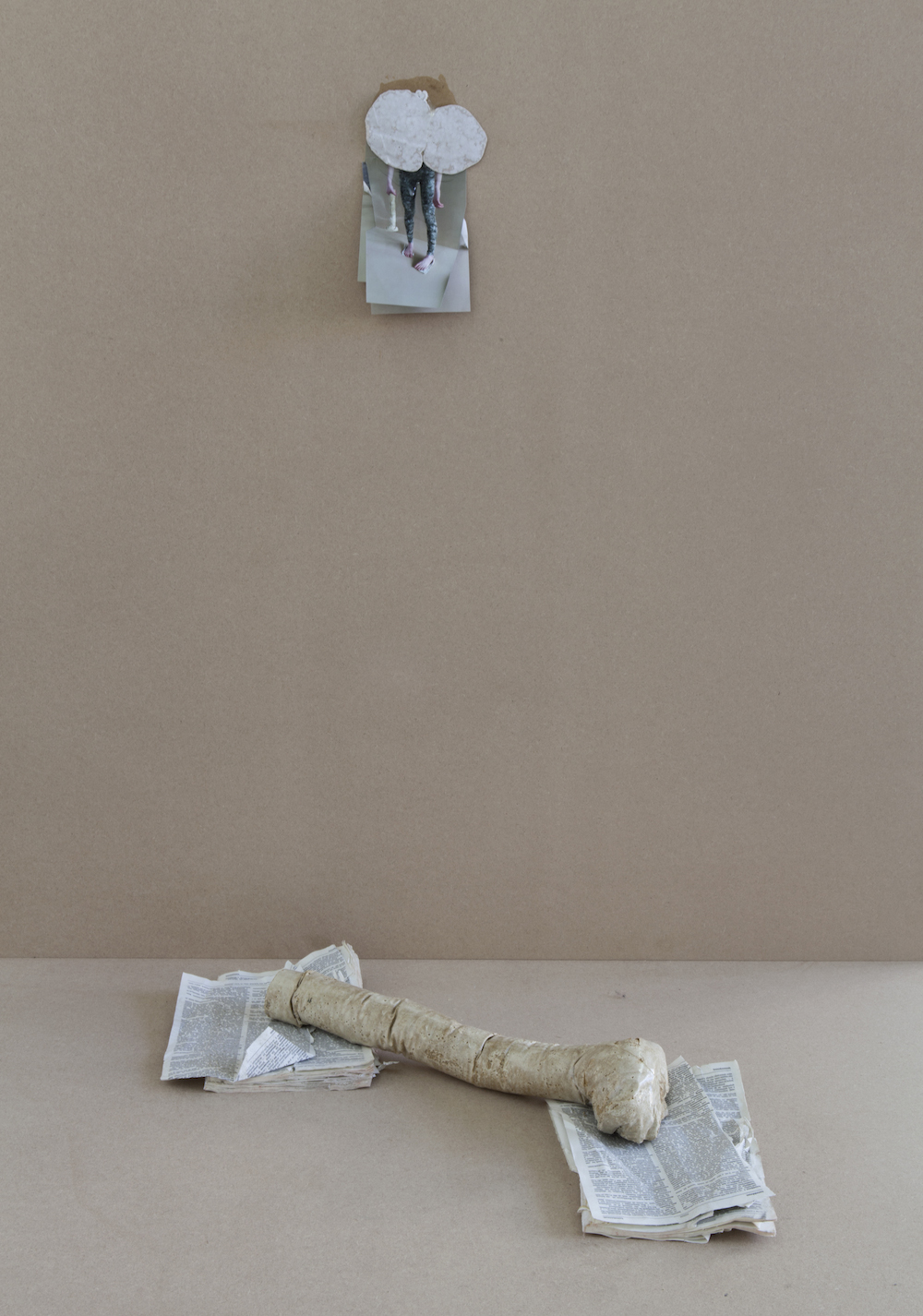 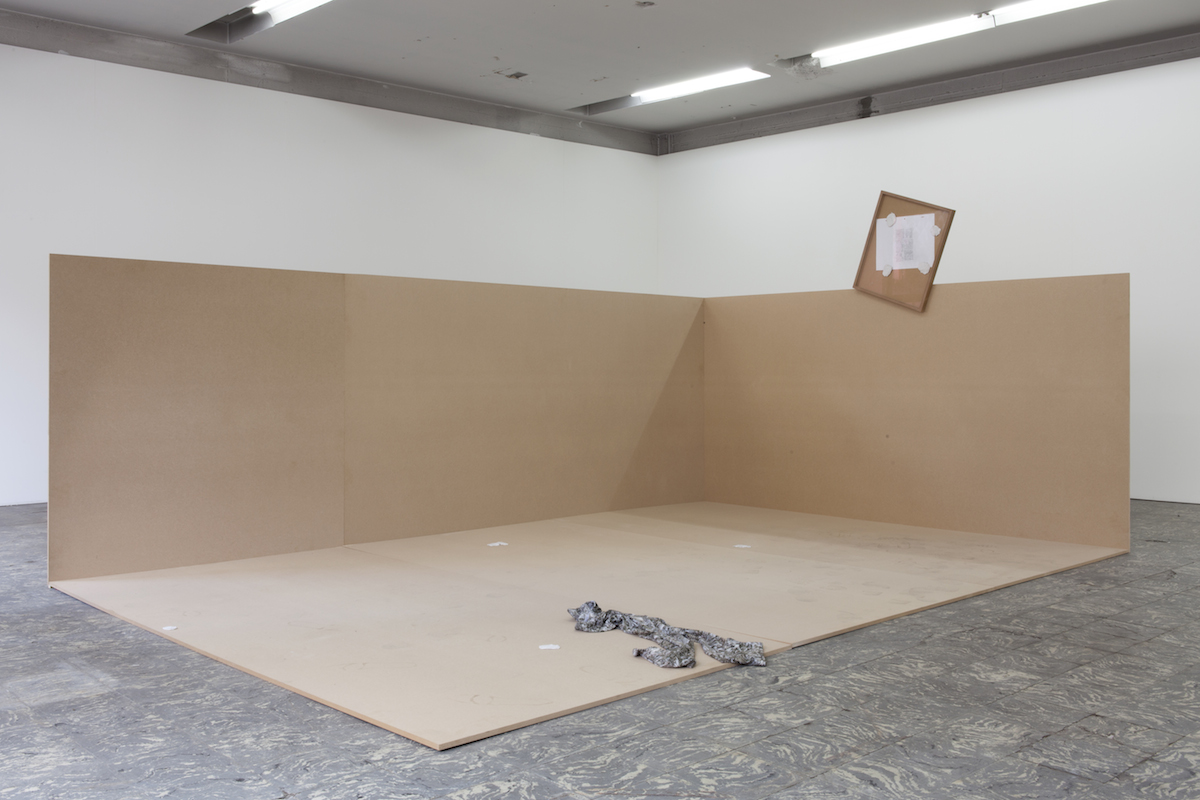 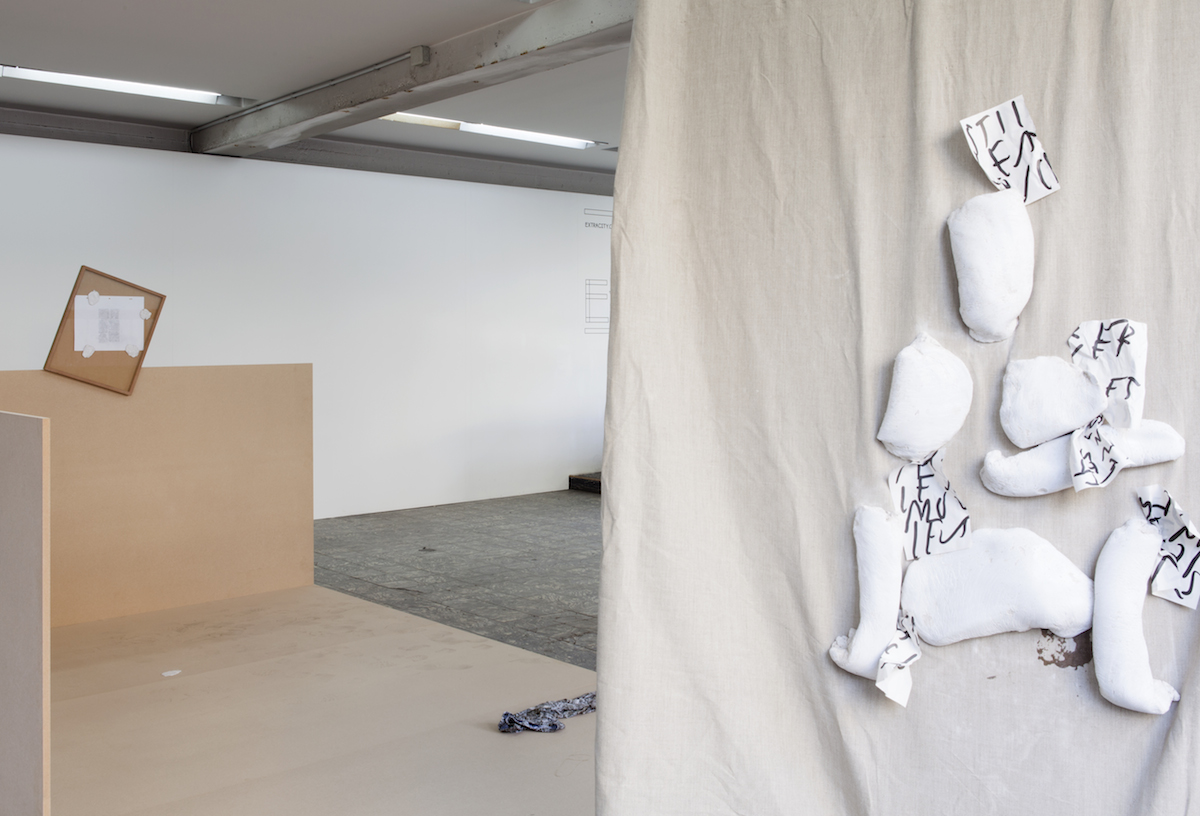 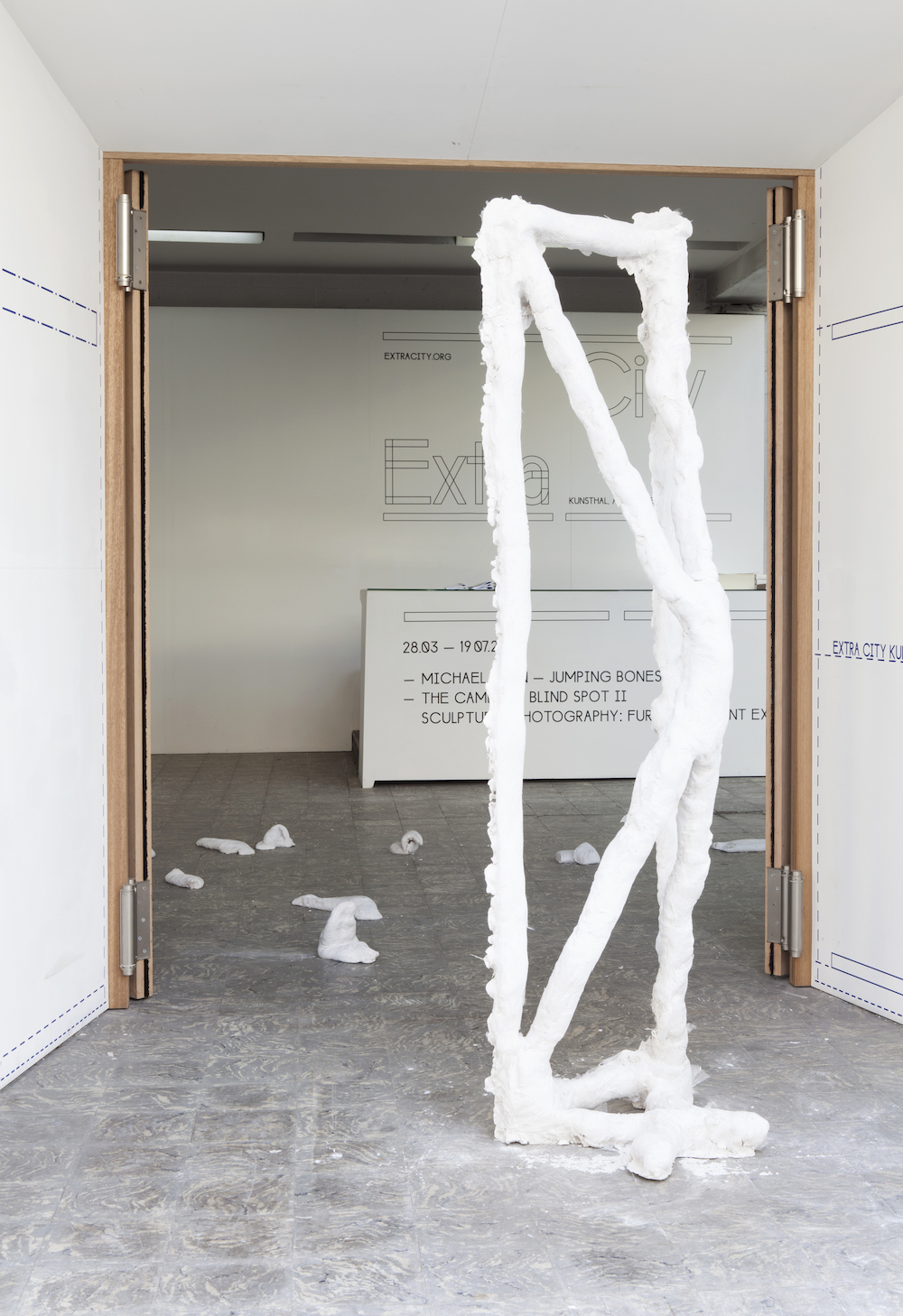 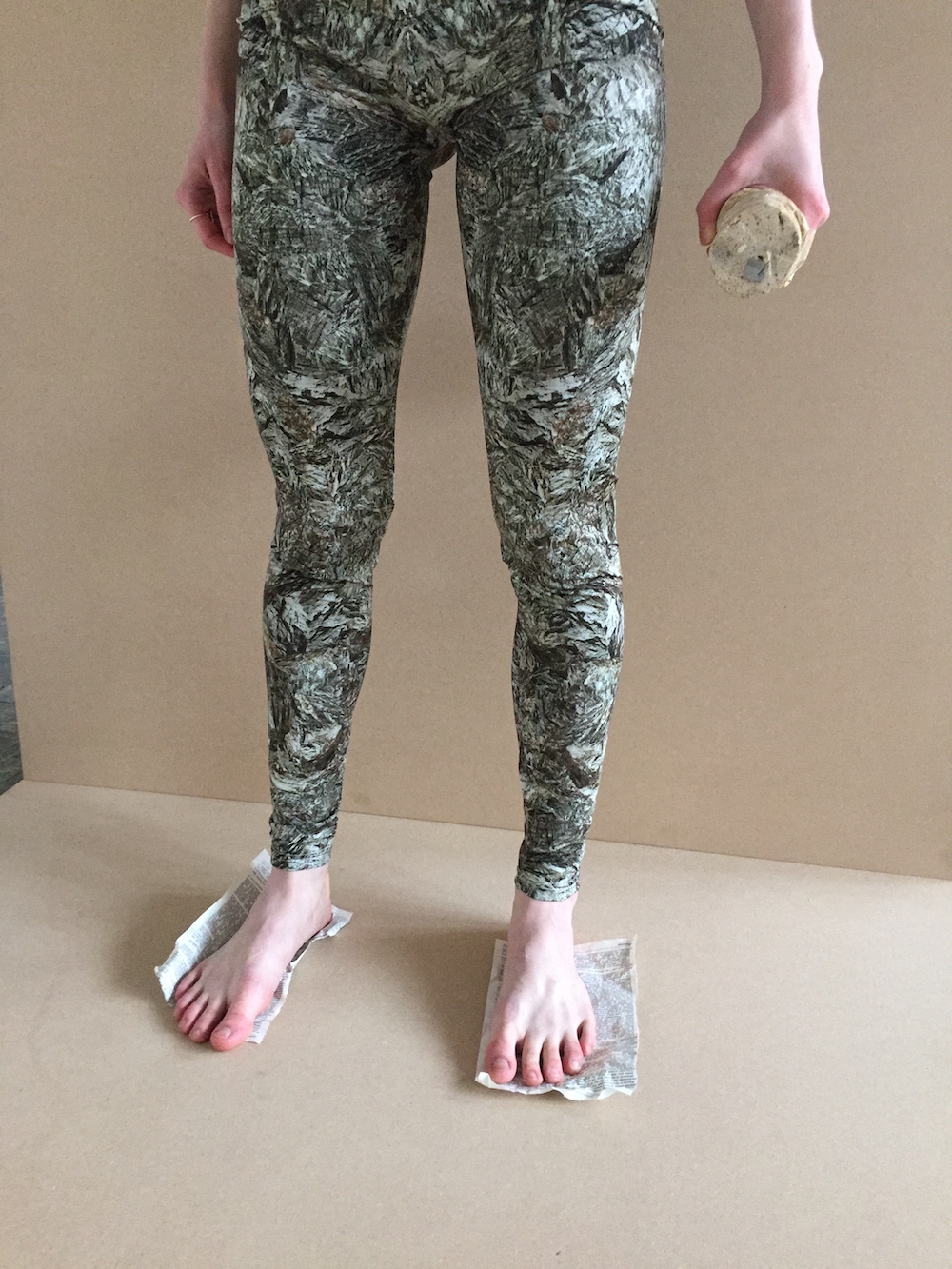 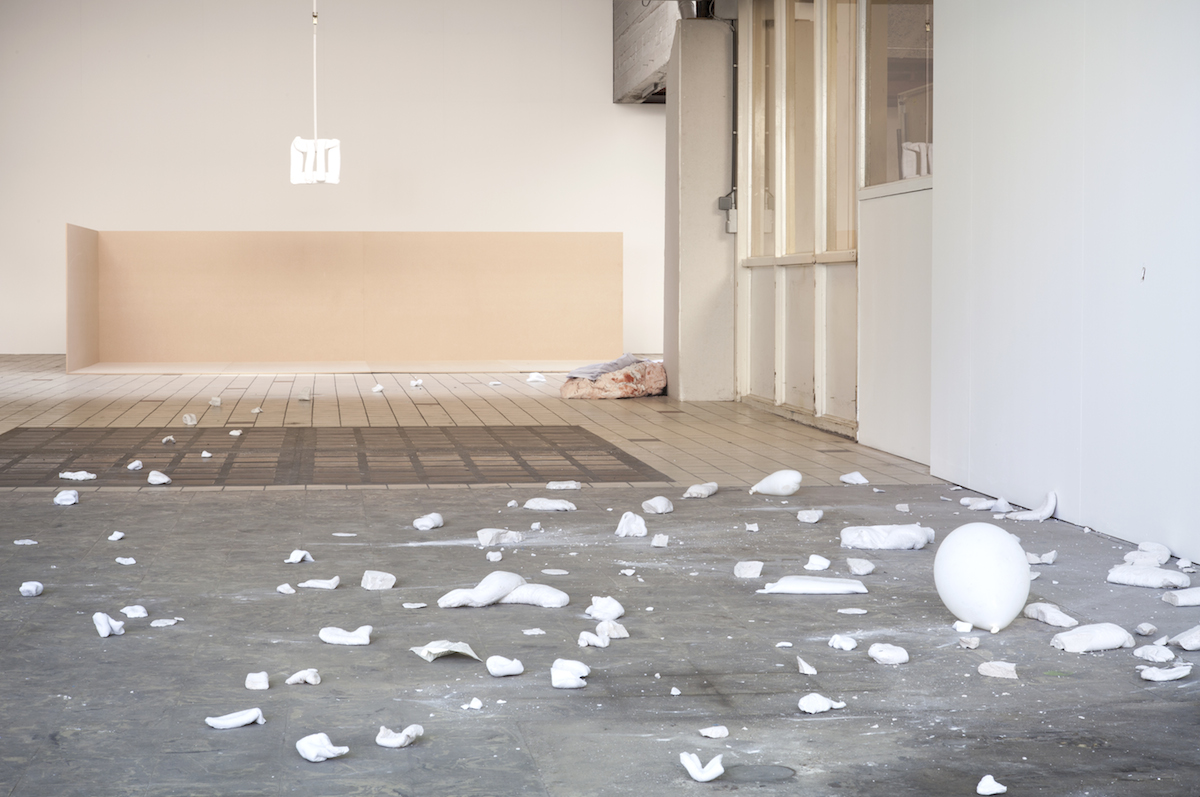 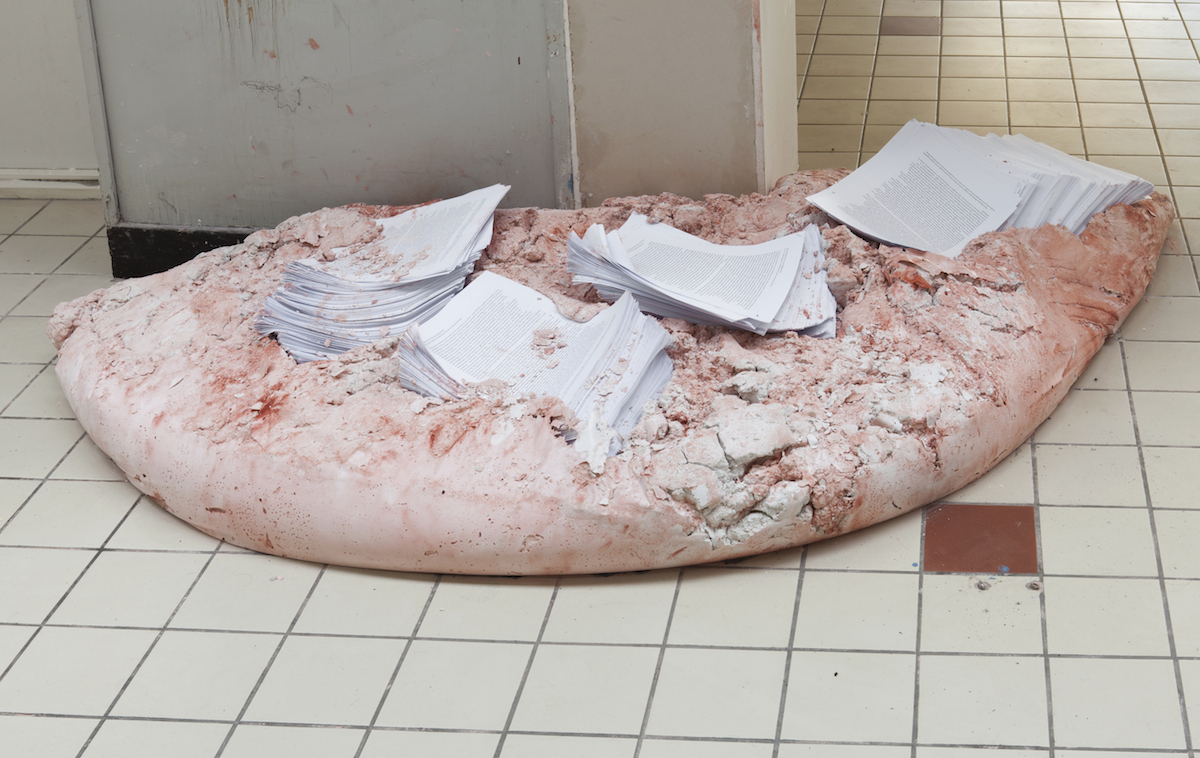 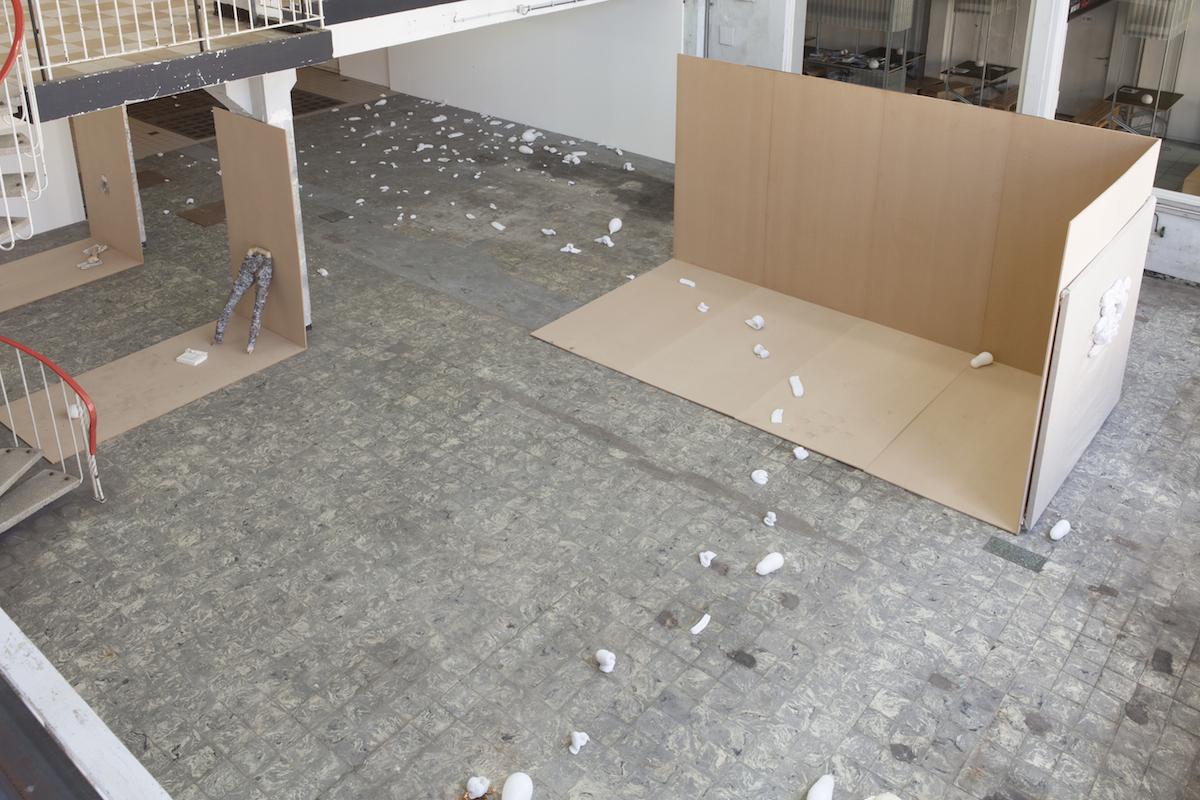 Extra City is pleased to present ‘Jumping Bones’, an installation of new works by Michael Dean and the artist’s first institutional exhibition in Belgium.

Michael Dean’s work borrows instruments and strategies from the practices of the sculptor, the writer and the typographer, and re-organizes these in a singular syntax intersecting texts and bodies, abstractions and invocations, figures of speech, sight and touch. Executed in concrete, the formal suggestions of Dean’s sculptures have shifted over the last years from echoes of Modernist art or architecture, of their ruins or mnemonic trace, to the appearance of fossils, archaeological remains and mineralogical collections, and, more recently, to a pregnant anatomical allure. His casts function as abstract stand-ins for bones and footsteps, tongues and limbs – a segmented anatomy in search of reconstitution, of spatial or affective ligaments and joints.

More significant than their aspect is perhaps the fact that his sculptures are implicated in two distinct histories. Their making is preceded by a lexical exercise, by syncopated scripts that permute the words Dean selects as subjects and predicates of his exhibitions. The second narrative is one of performative activation, where the contours of sculptures are measured and enveloped, verified or caressed in quasi-ritual fashion. Such episodes are documented in the artist’s photographs or take the shape of performances where declamation is as much addressed to the visitor as it is to the object. A juxtaposition of operations by which works are voiced or manipulated indicates that these concrete props are no more than provisional embodiments – material “film stills” – from a process that seeks to articulate such forms in a particular kind of experience, in a conjunctive tissue of reciprocity.

The unsettled and interdependent objects and sentences of the exhibition suggest an experience where seeing is indistinguishable from ‘being with’. Intimacy might be said to be the engine of a politics in Dean’s practice, to the same extent that his abstractions, always on the threshold of embodiment, allowing and delaying the potentiality of mimesis, constitute its poetics. Dean works on an abstract reconstruction of intimacy, with forms and words as conduits or veins, creating the symmetry of “faces faced”, as the artist writes in one of his texts – an approximation, as much as language and form allow, of the terminus, or vanishing point of intimacy, where a body fully inhabits the place of another body and thus slips away from both language and form.

'IN ADVANCE OF AN ERRATUM', by Michael Dean and Mihnea Mircan 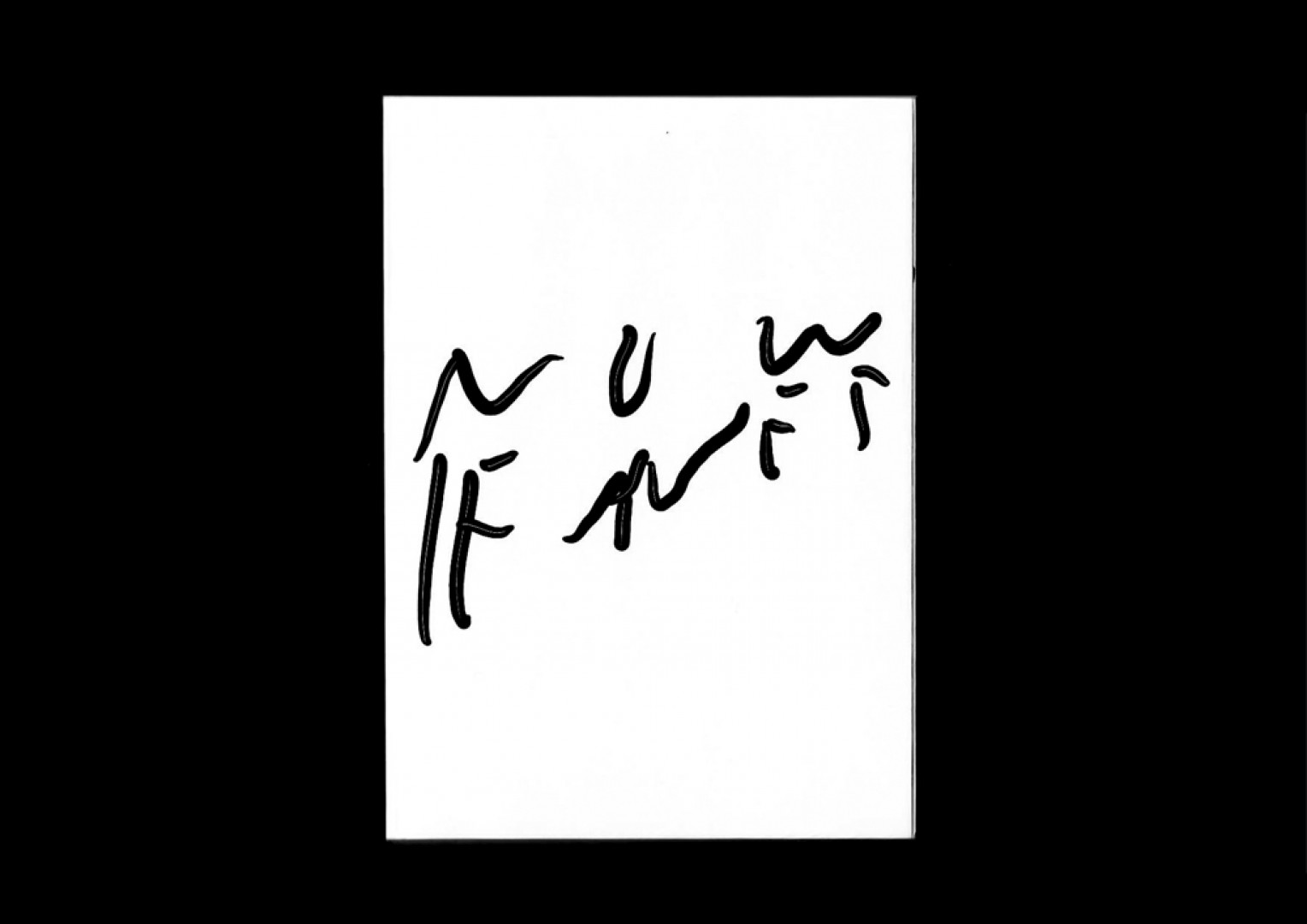