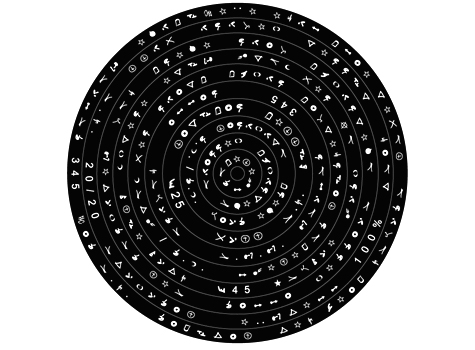 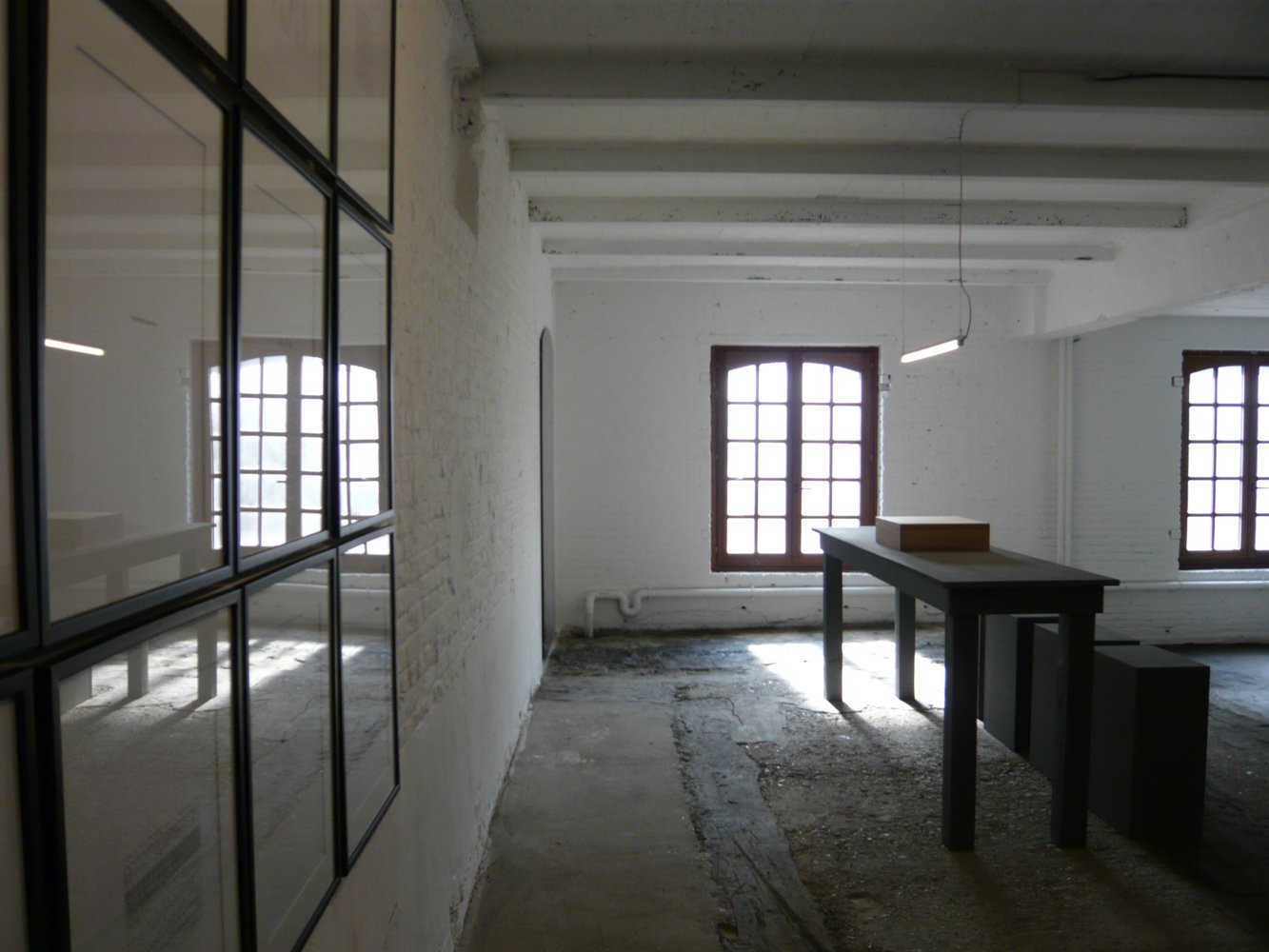 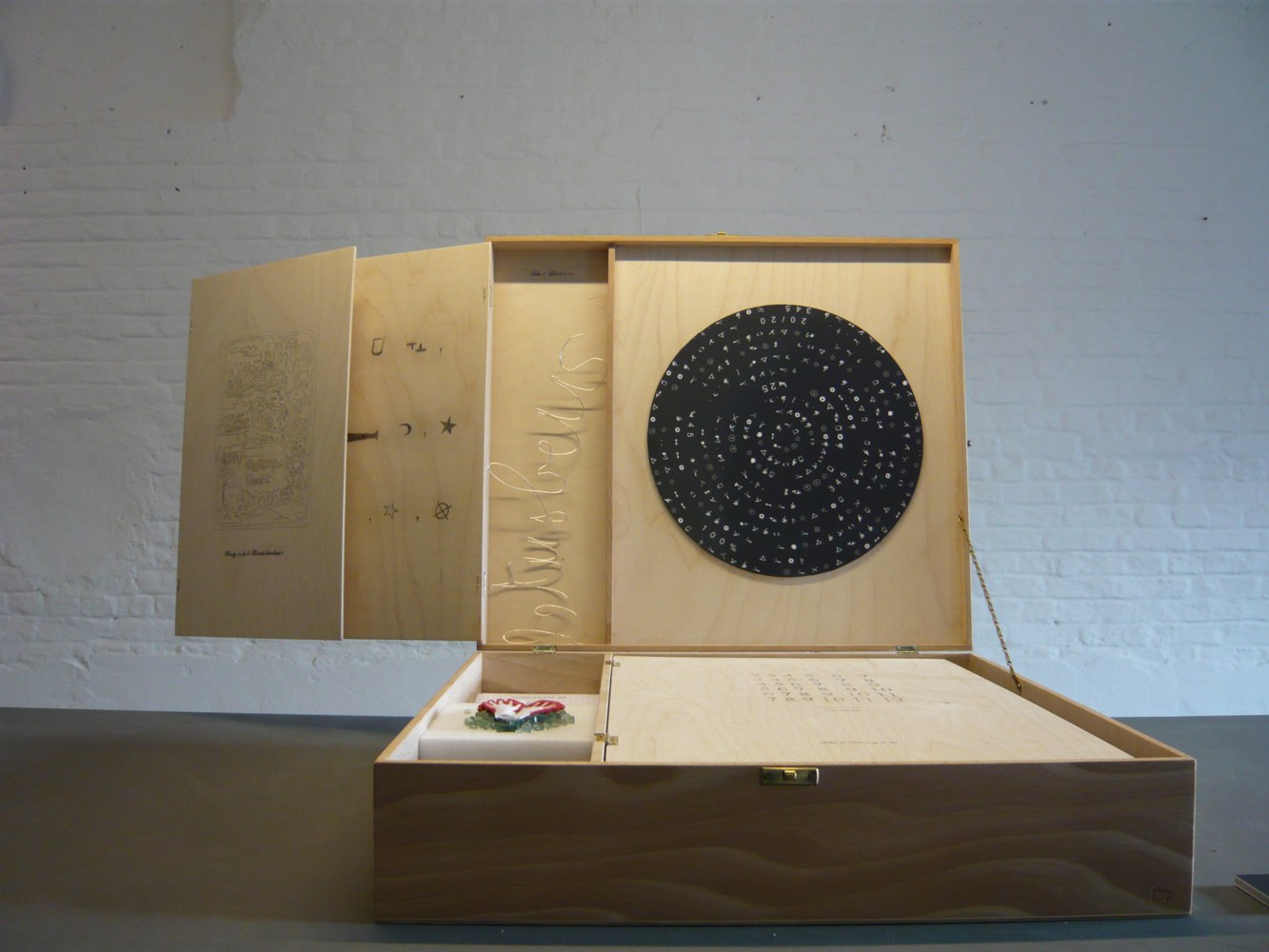 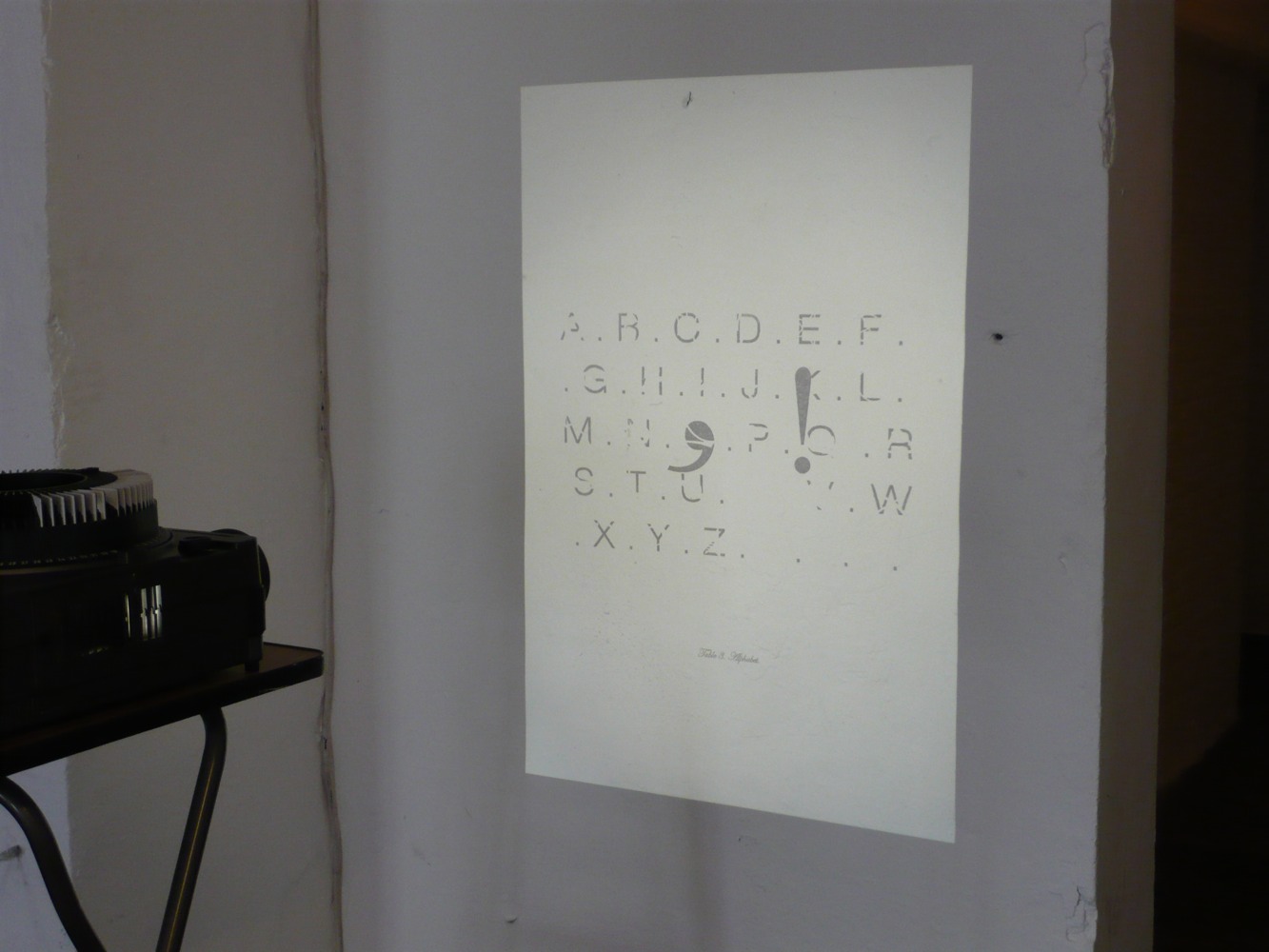 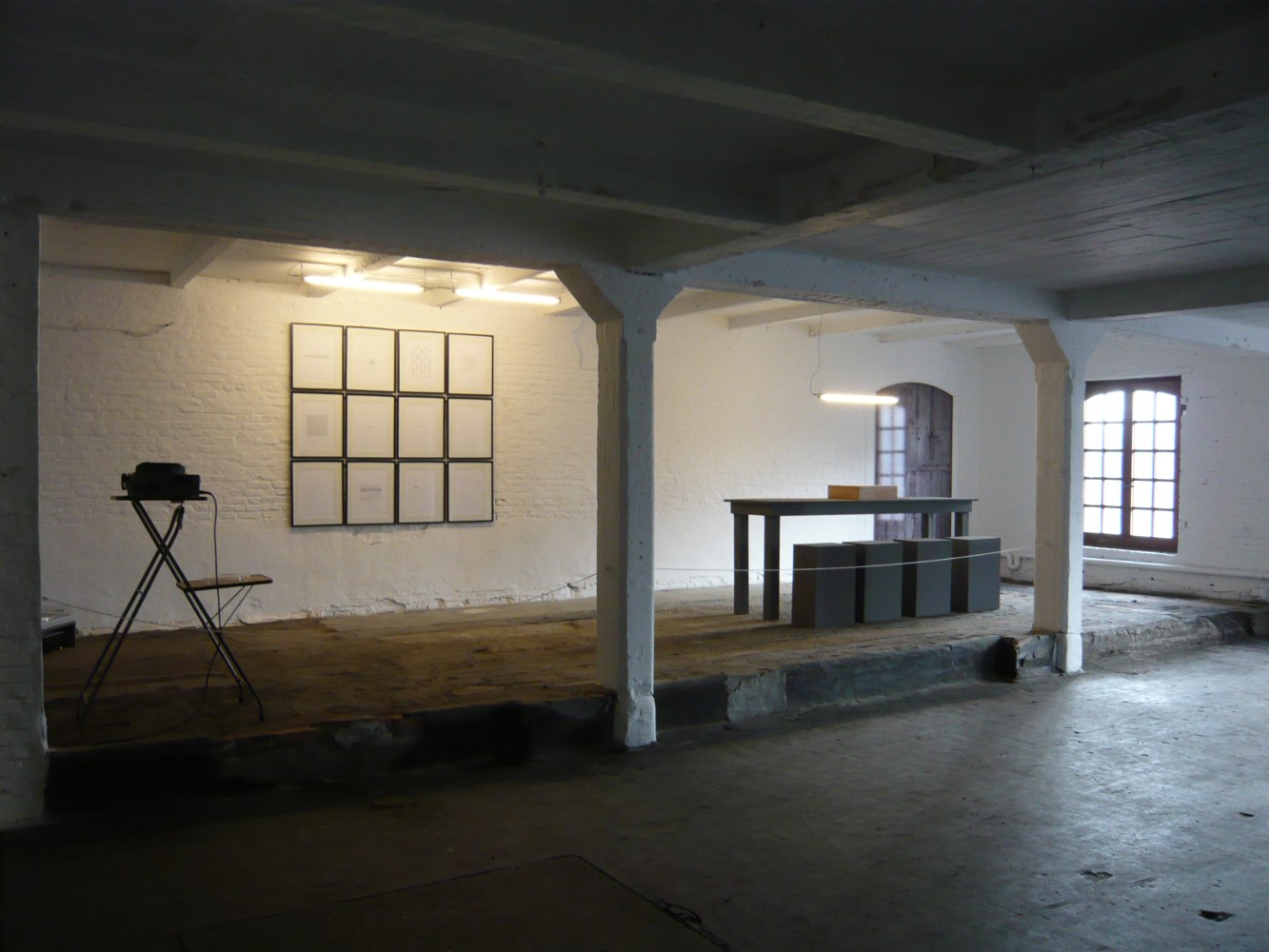 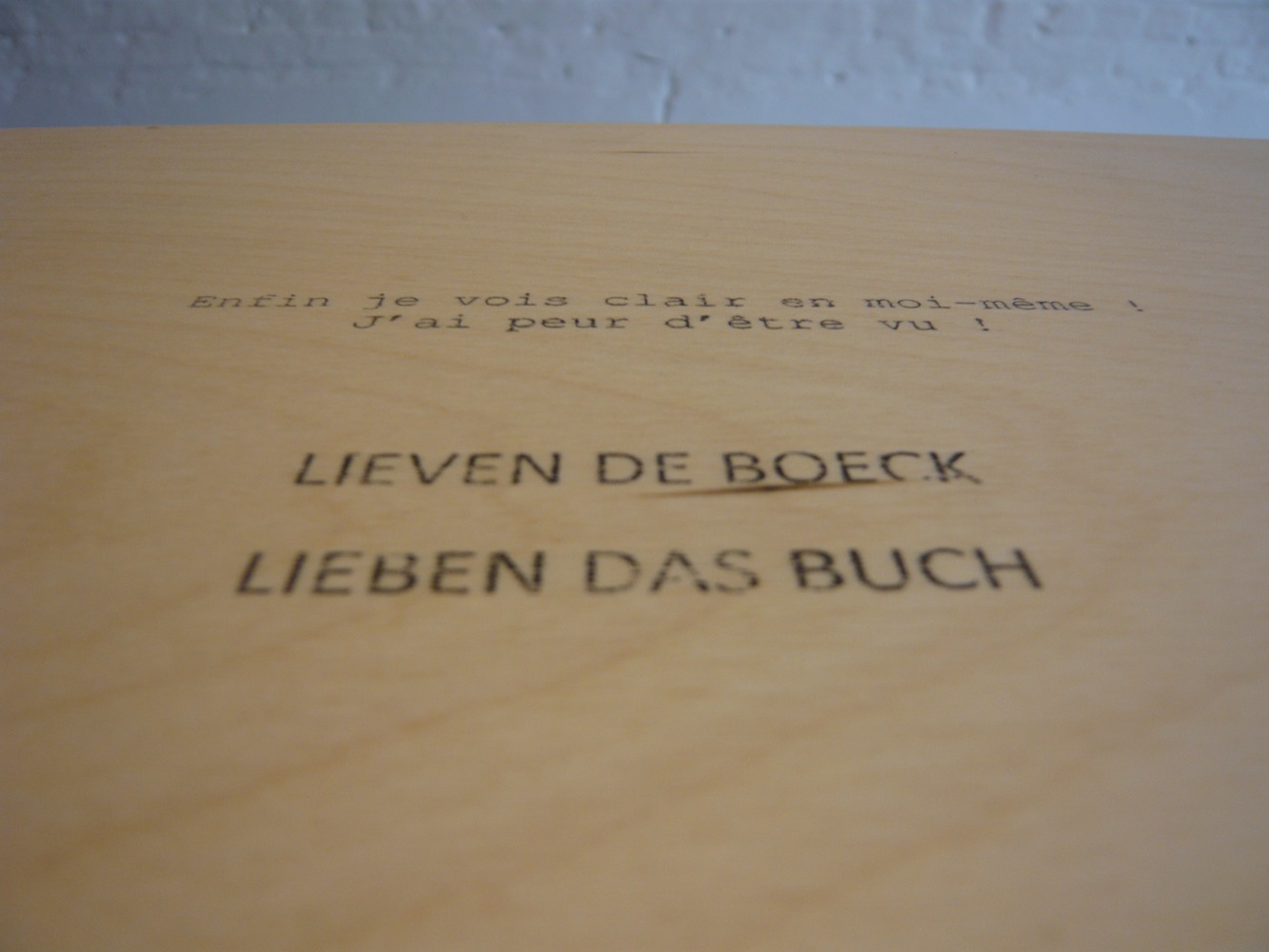 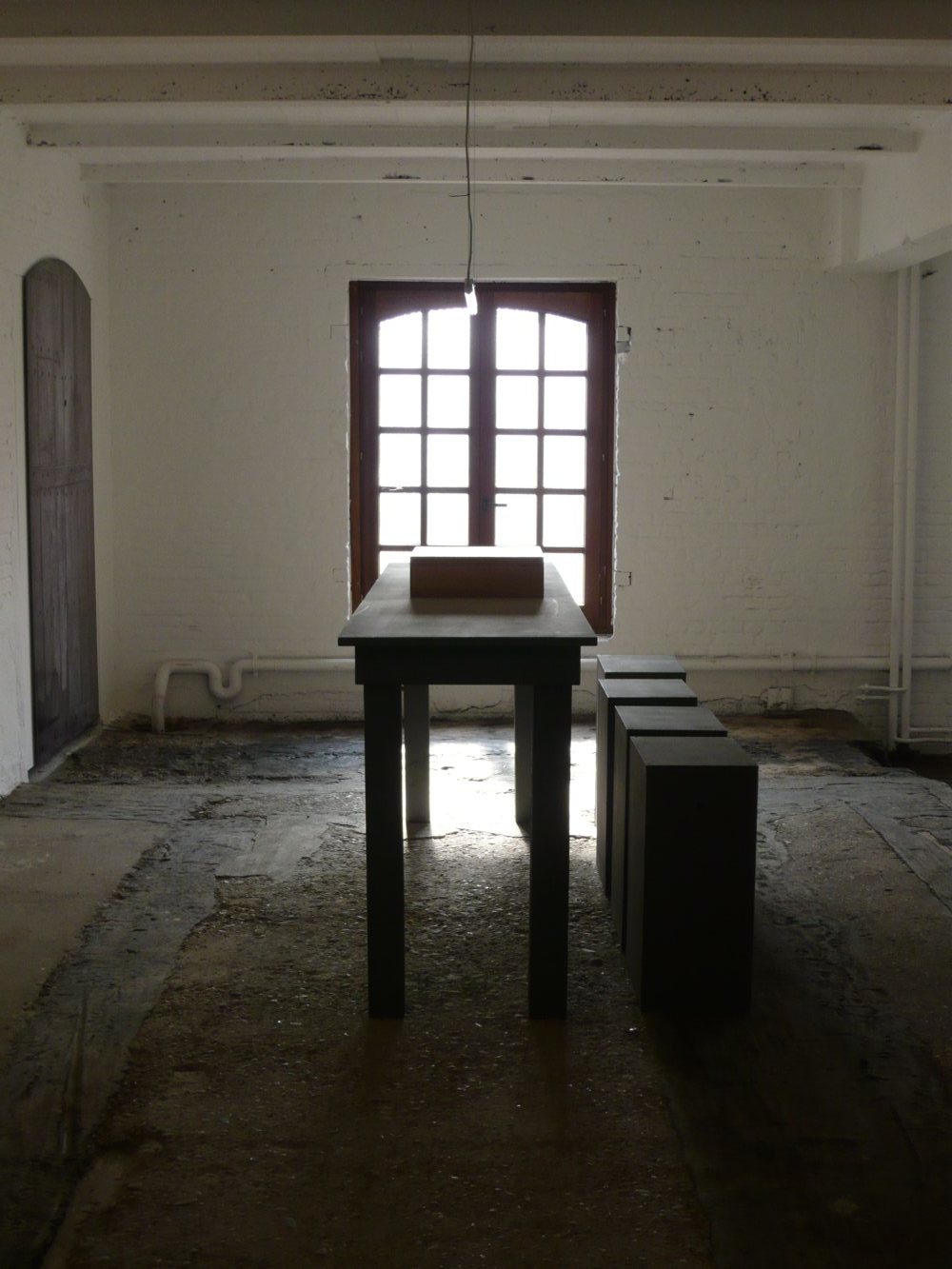 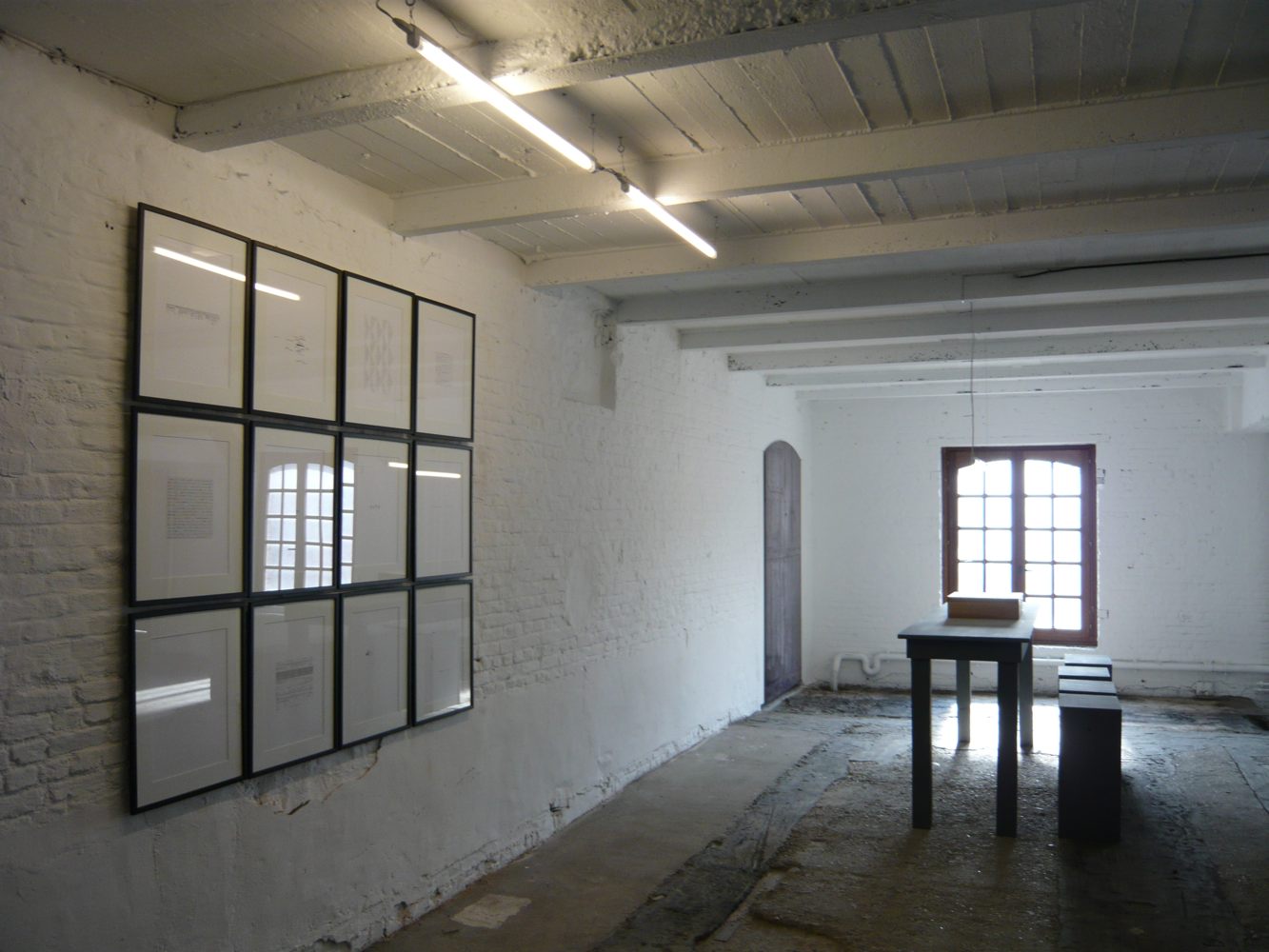 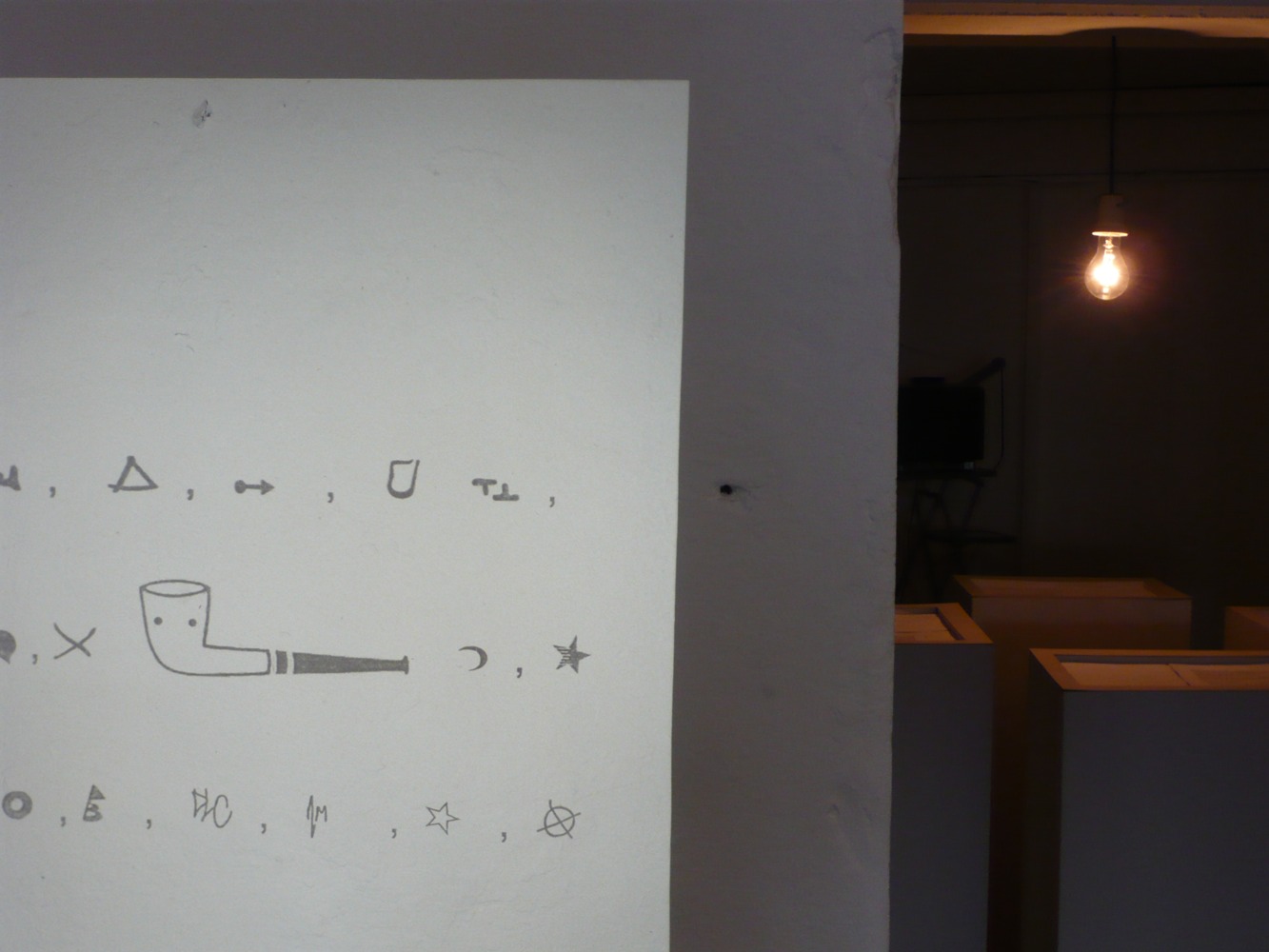 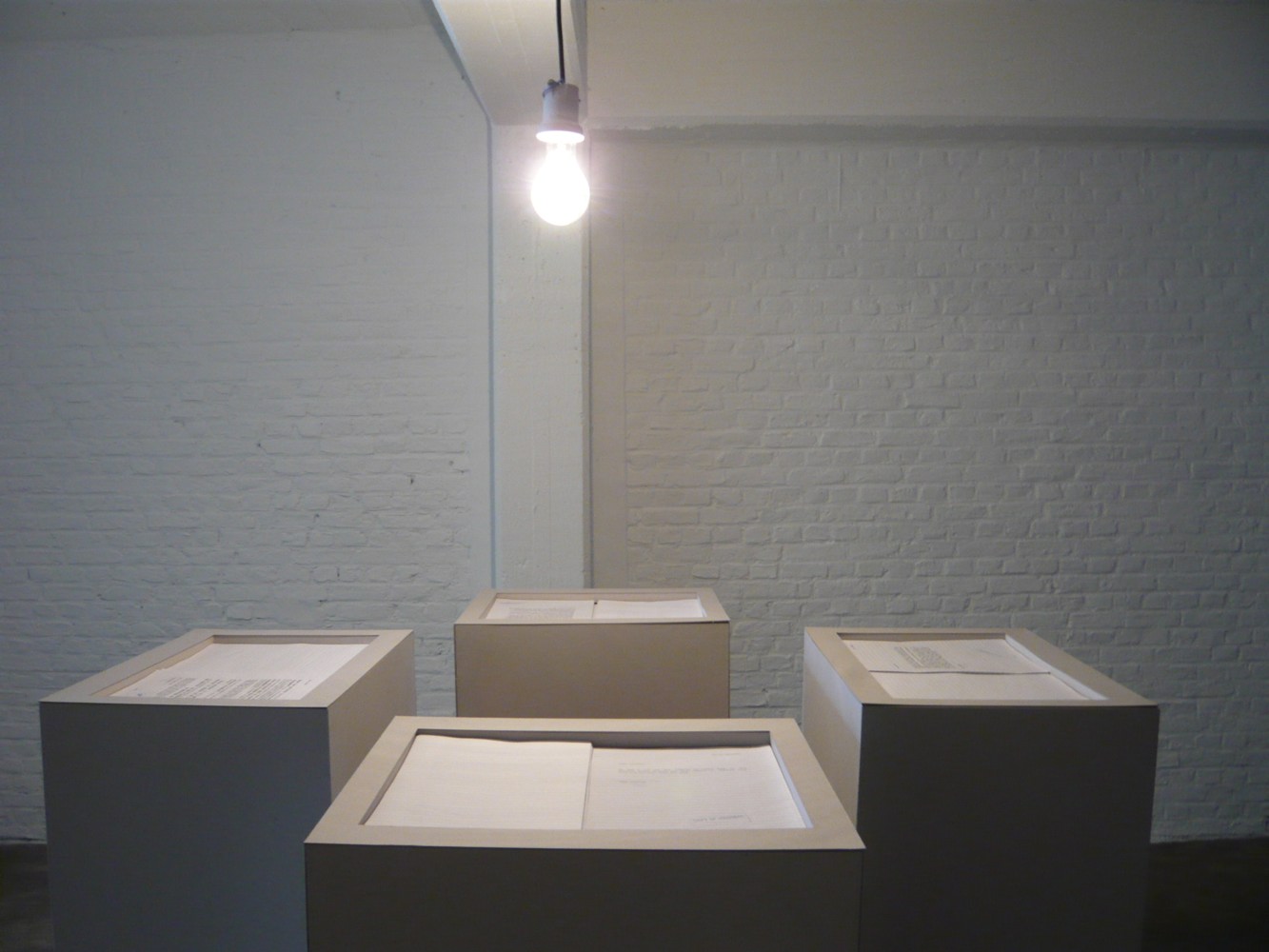 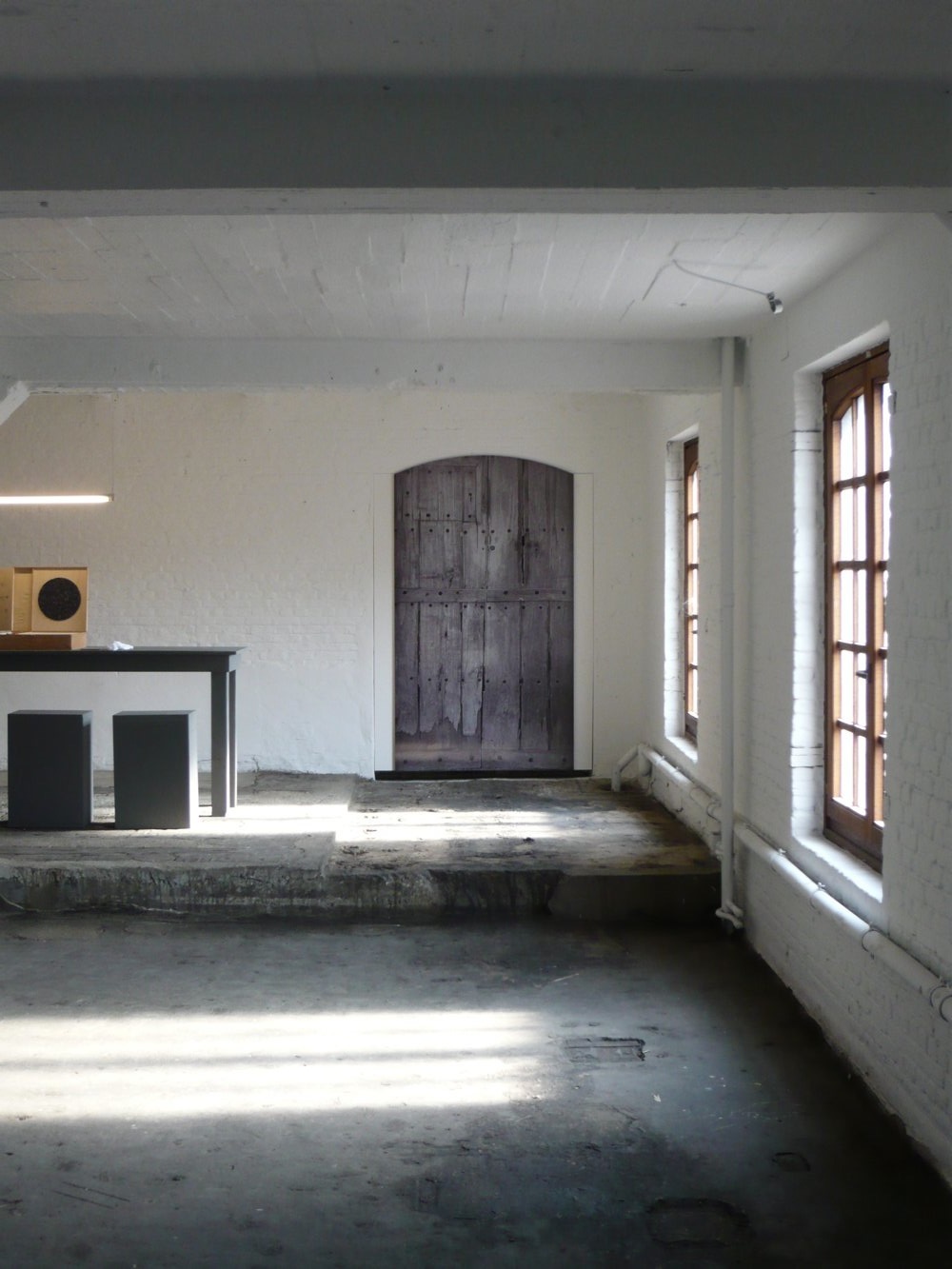 Artist and architect Lieven de Boeck (BE, 1971) has been working on his Dictionary of Space since 2003. In this ongoing research he explores the borders of notions such as identity, territory, and private and public space. An important method in his research is the creation of typologies. By generalising, classifying, but at the same time also ‘individualising’ characteristics, he arrives at typologies of architecture and city planning and even ones of his own identity.

Dictionary of Space can be considered as an open archive and a continuous search for the different facets of the term ‘space’. For the first part of this project, Housing, de Boeck drew on his experience of nomadic life; for five years the artist lived with friends at several different addresses. Here the artist questions the relation between space and identity, and asks to what extent identity is a product of the projection of the other and how the ‘self’ as a social construction can be linked to space.

The presentation at Extra City shows a snapshot of the second part of the research, Public Space. An important element of it is the work l.e.t.t.e.r.s., consisting of 366 letters and drawings, one for each day of the year, by Lieven de Boeck that he addressed to himself. The letters are copies of found fragments of text and images, from the 19th century till today. They contain systems of language which we use to create our identity. This complex game of hiding and showing, reflecting, pretending, lying and imitating, forms the leading thread running through the exhibition.

In de Boeck’s research the letters play a fundamental role because by connecting two individual persons, they break through the private environment allowing for a public inner space between writer and reader to arise. Besides, by putting the letters on display (they are present in four cardboard socles, corresponding to the seasons, as well as collected in four bloc notes in the form of an artist’s book) they also become public for the spectator. He or she is the one who, by observing and interpreting, turns the story or the ‘anecdote’ that is raised between two persons into reality.

In the centre of the exposition stands a copy of the first boîte-en-valise of Marcel Duchamp, in which Lieven de Boeck archives his different projects about public space. The box serves as the memory of de Boeck’s research and contains, besides the four books with letters, also miniature replicas which refer to the various works in the exhibition. In the exhibition you will see through an opening in a photograph of a door, an empty slide projection called Selfportret. A selection of The alphabet drawings is also on display. By transposing certain fragments of the letters into his own alphabet, the text turns into an image which can only be read by the artist. In so doing the public space is at once privatised and erased.

In this exhibition Lieven de Boeck has developed his method of understanding existing works or events by ‘translating’ them and transposing them into his own (visual) language. Specifically for this project de Boeck has remade works which are in themselves already an interpretation and which refer to identity or specific forms of public space. In the slide projection pense-bête #1, which means ‘reminder’, he shows a series of drawings of portraits and characters – such as l’aigle and le corbeau, who pops up again as the signature of the letters – ‘constructed’ readymades, anonymous letters and signatures of artists that de Boeck has erased with Tipp-Ex. In the 16mm projection ldb he also wipes out his own signature, a reference to Broodthaers’ Une seconde d’éternité. By exclusively making copies of copies, Lieven de Boeck eventually disappears as the author – disappearing itself becomes his identity.

Lieven de Boeck is an artist and architect. He was researcher in Fine Arts at the Jan van Eyck Academy (2003/04), artist in residence at the ISCP New York (2006) and at the Künstlerhaus Büchsenhausen Innsbruck (2008/09). Major recent exhibitions include Making things public at Witte de With, Rotterdam (solo, 2004), Making Traces (together with Elena Herzog) at Lmak Projects, New York (2007), and Mimétisme at Extra City, Antwerp (group show, 2008). Major publications include Housing (2004) and Texts#1 (2007).

This project is part of the series Thinking Architecture, supported by the Graham Foundation for Advanced Studies in the Fine Arts, Chicago.