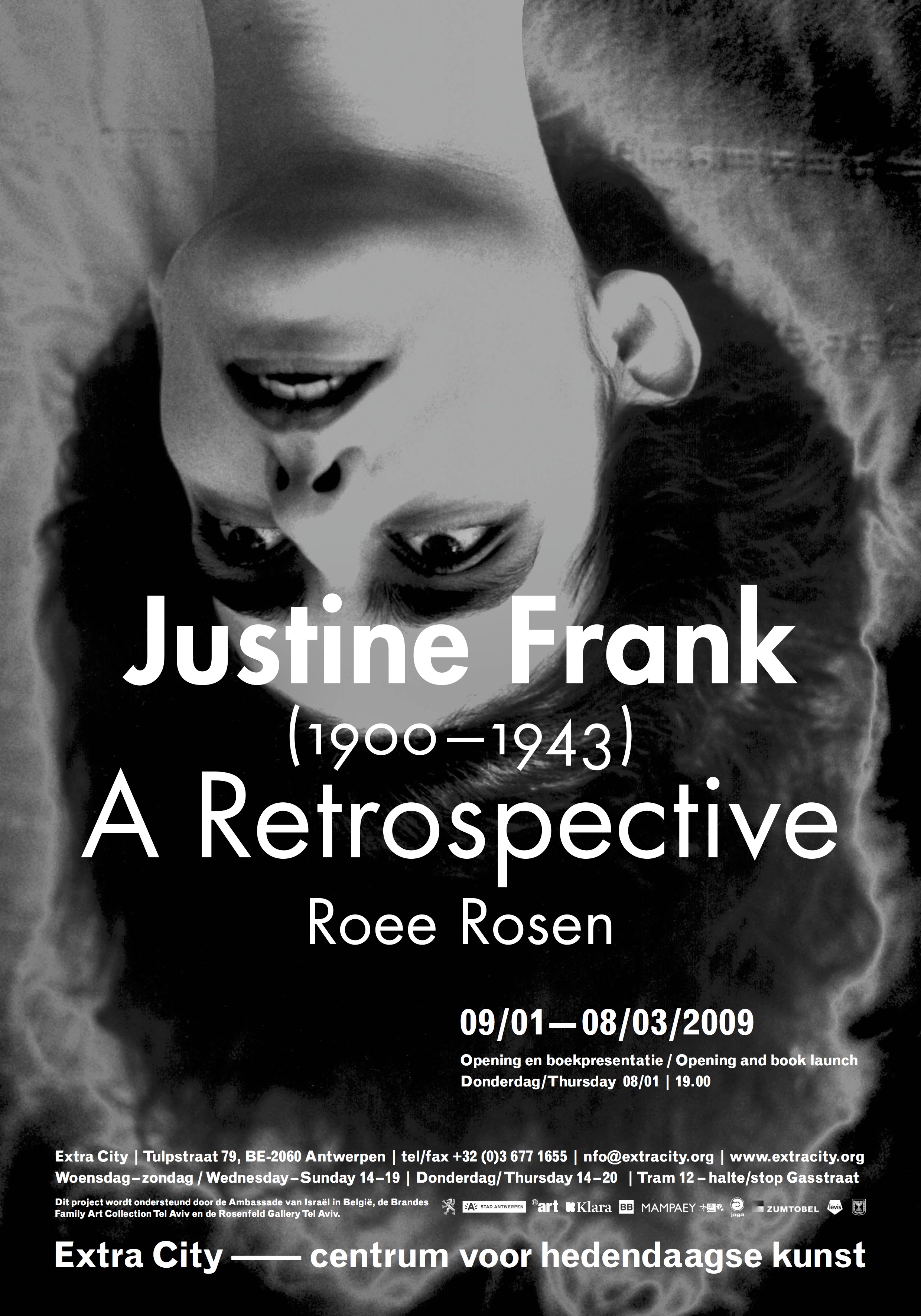 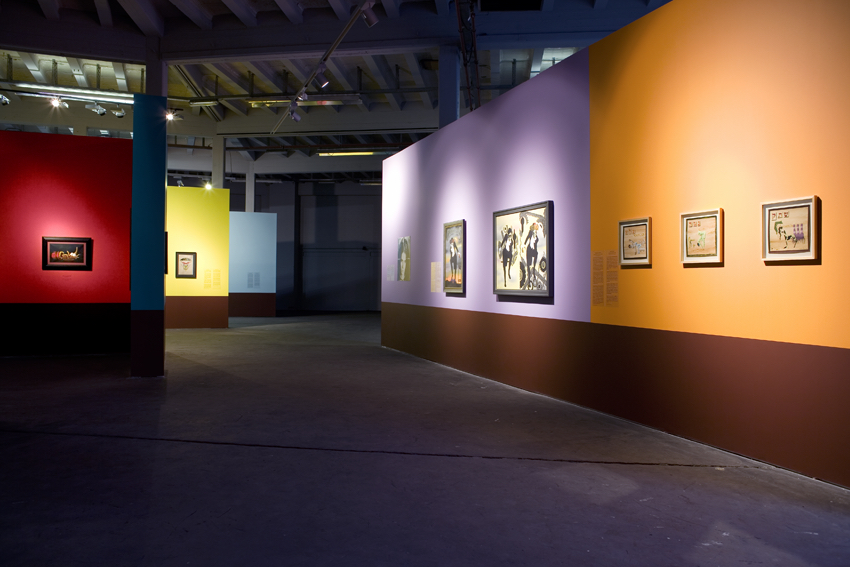 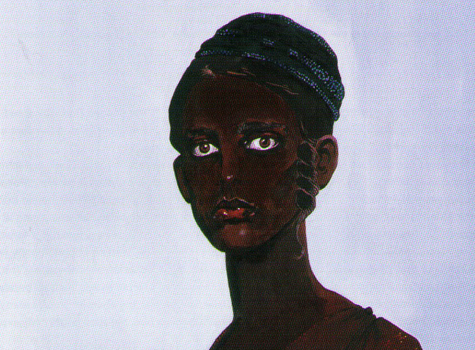 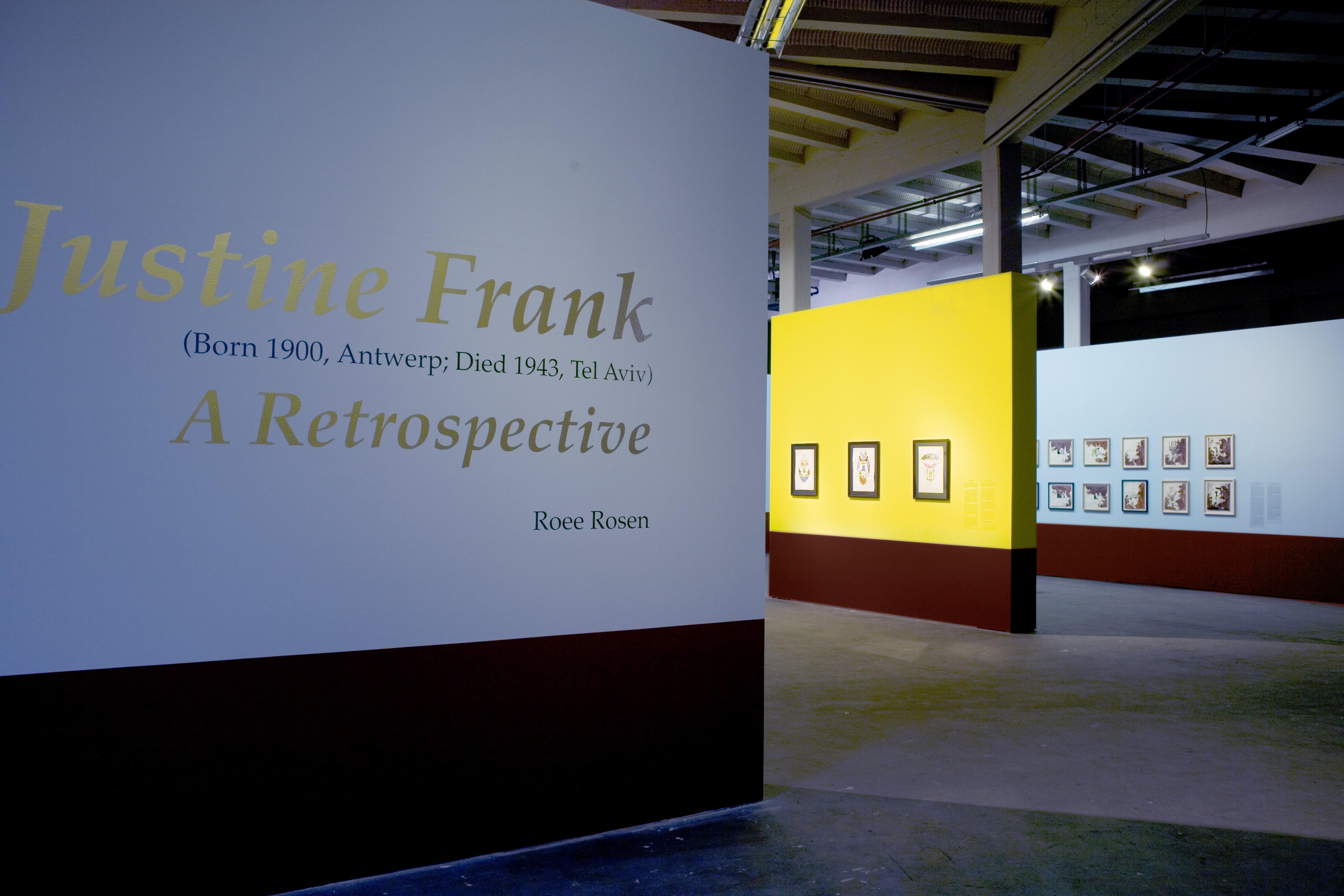 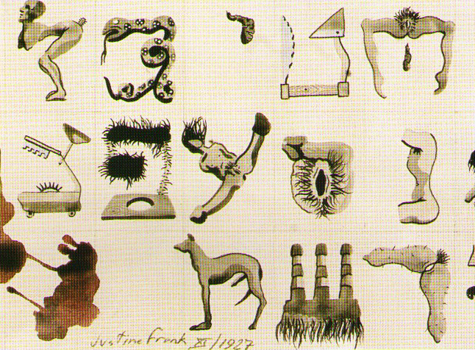 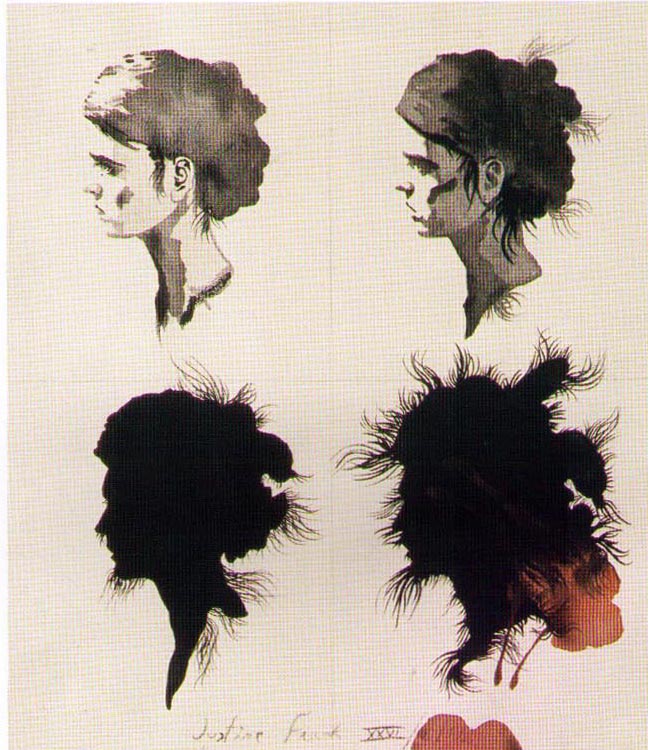 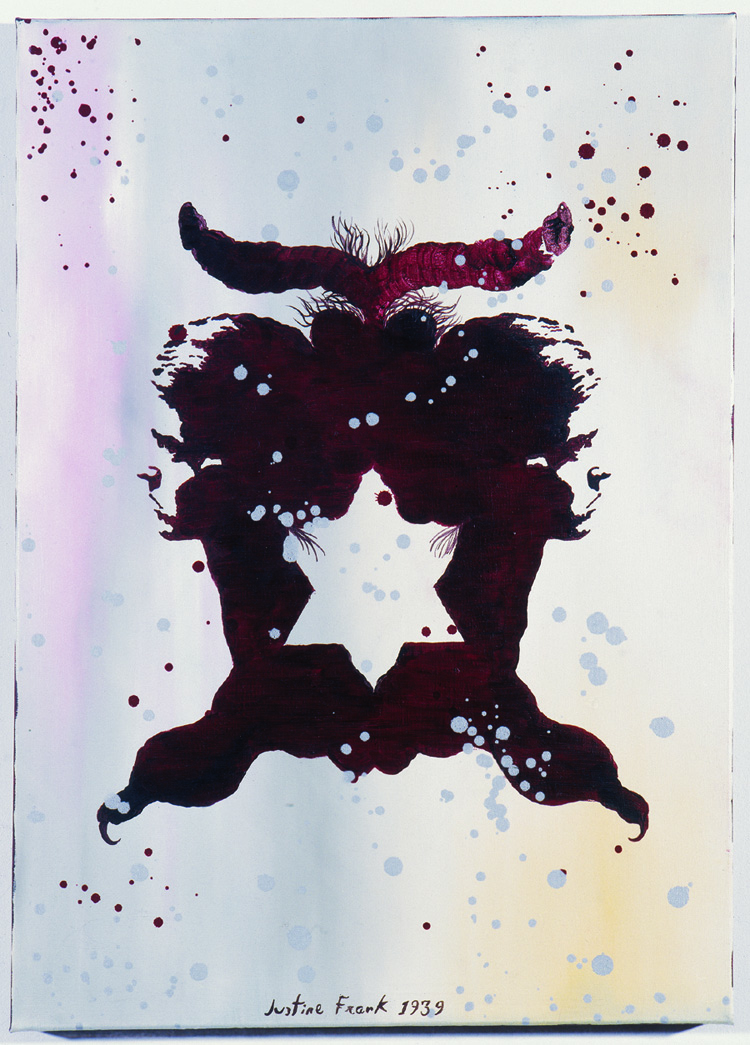 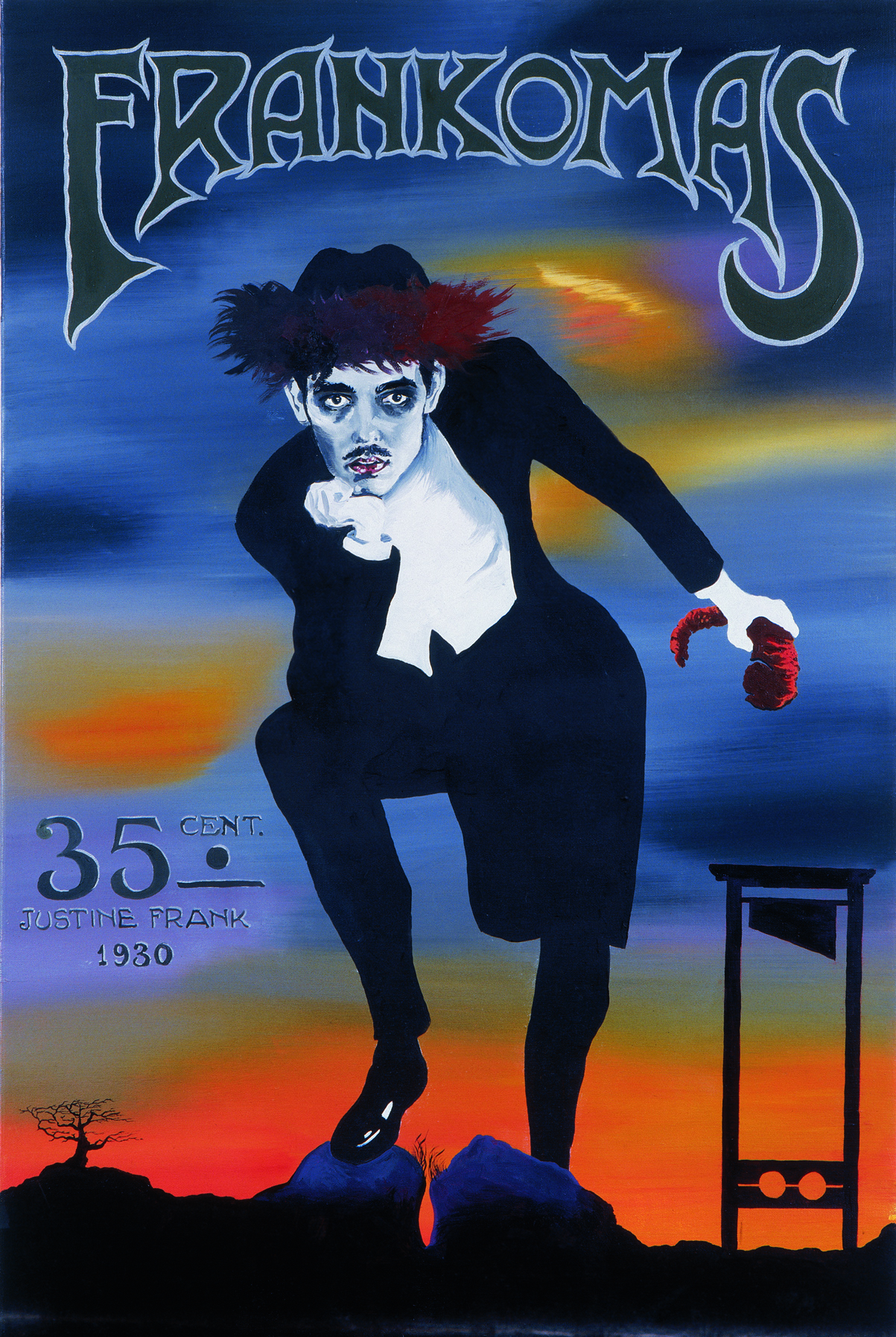 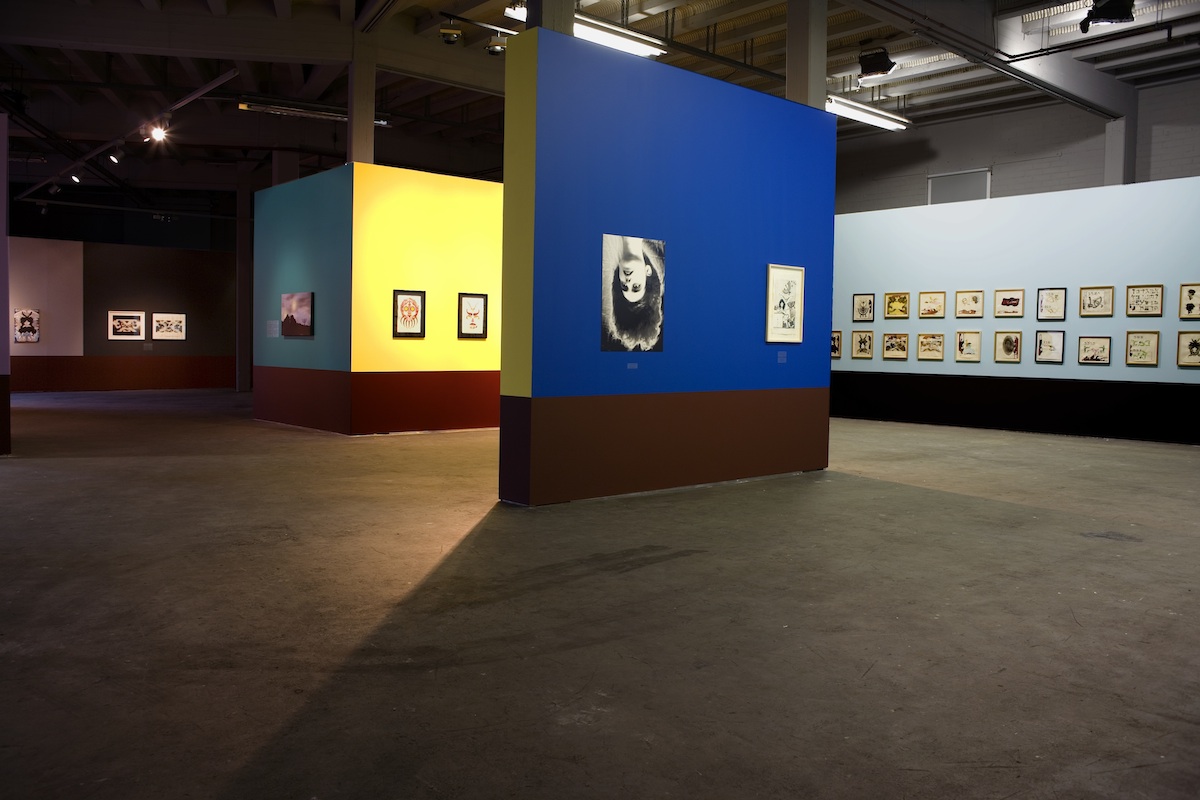 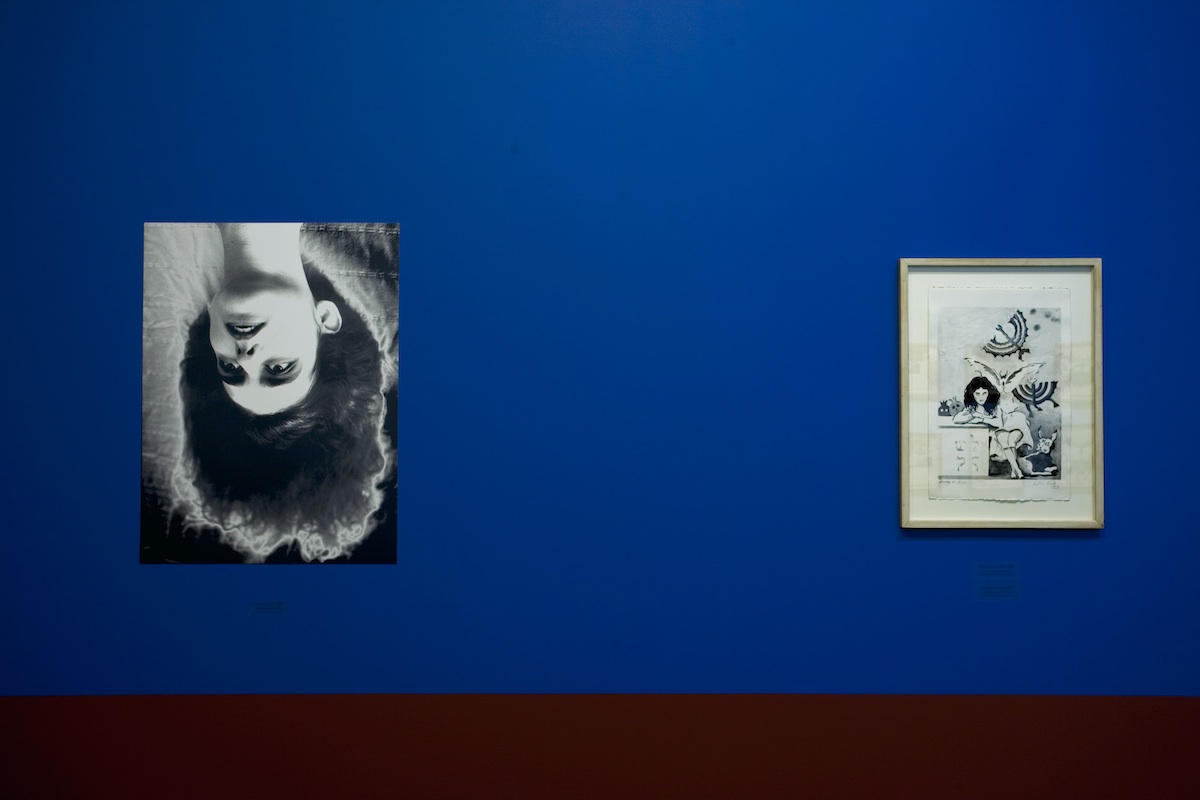 Extra City presents the first-ever European retrospective of the work of Jewish-Belgian Surrealist Justine Frank; this work has not been exhibited in Belgium since her death in 1943. Frank was born in Antwerp, lived in Paris and died in Tel Aviv. Recent inquiries concerning her life, her ethics and her aesthetics continue to yield contradictory responses and create controversy. Frank was active during several crucial junctures of Twentieth Century culture, yet at each of those junctures she seems to have generated antagonism and confusion in those around her. Frank was a Surrealist during the movement's most radical phase, yet even within that audacious circle they had a problem stomaching Frank's artistic concoction of explicit erotic imagery and Jewish iconography. Furthermore, Frank highlighted her Jewish identity at the time of European Jewry's worst nightmare and near-annihilation; in her depiction of Judaism she intentionally employed imagery culled from the entire genealogy of Western Anti-Semitism; she derided Zionism, yet immigrated to Tel Aviv.

Accused of 'blindness', 'ignorance' and 'forgetting', Frank's fundamental ambivalence and contrary stance can today be recognised as one of multiplicity, imagination and humour. This state of plurality and unresolved inner-tension evokes a gay sense of relief, a form of liberation. Frank's comic shuffling of masculinity and femininity can be read as a polemic challenge to several of her paternal counterparts: the fathers of French transgressive art and smut, the founding fathers of Zionism, and the authoritative European fathers who forged compelling apparitions of 'the Jew'. In a sense, the renewed interest in this forgotten artist is perhaps an attempt to adopt Frank as an alternative mother to these fathers, a mother whose art and life shed light on what is absent and repressed in their arenas.

The current exhibition contextualizes a large selection of Frank's paintings by including the cinematic portrait 'Two Women and a Man' (2005), directed by the artist and writer Roee Rosen. Rosen played a major role in Frank's recent revival from obscurity. The film's protagonist is the scholar Joanna Führer-Ha'Sfari, who discusses not only Frank's work, but also compares it to earlier work by Rosen that caused a scandal when shown in Israel. In 1997, Rosen held an exhibition entitled 'Live and Die as Eva Braun' at The Israel Museum, which aroused public contention and was aggressively attacked by Israeli politicians. However, it won critical praise for its new approach to the representation of the memory of the Holocaust, and was exhibited at The Jewish Museum in New York in 2002 and the NGBK in Berlin in 2003.

Rosen creates complex sets of identity in which specific fixed identities lose their rigid boundaries, and can be described only in terms of becoming, transforming, changing. -Ariella Azoulay.

This exhibition will be accompanied by the release of the English version of Roee Rosen's book 'Sweet Sweat', published by Sternberg Press (Berlin, NY) and co-produced by Extra City. 'Sweet Sweat' is the title of Justine Frank's only book, a scandalous novel, now forgotten, written in 1931, in French. The heroine of the novel is a Jewish girl named Rachel, born in the South of France, who reveals an outstanding talent for debauchery and crime. Frank's book is considered a successor to the novels of the Marquis de Sade and a part of the smut genealogy of the French Avant-garde, alongside texts by authors like Georges Bataille, with whom Frank had a close relationship. This edition of the book also contains Frank's biography as well as extensive commentary on the historical and cultural contexts of the novel, written by Rosen.

Roee Rosen is an artist, writer and lecturer, born in Rehovot, Israel in 1963. Rosen received his BFA from the School of Visual Arts and his MFA from Hunter College, both in New York. He now lives in Israel, where he teaches art and art history at Bezalel Academy of Art and at Beit Berl College. Recent projects include: the installation 'Justine Frank: A Retrospective' (2003), a novel entitled 'Ziona™' (2007) about an Israeli super-heroine, and a film called 'The Confessions of Roee Rosen' (2008). In the latter, the artist disavows a career replete with lies, scandals, and fake identities; three surrogates – foreign female workers residing in Israel, deliver his confessions. 'The Confessions of Roee Rosen' won a special mention at the FID Marseille 2008, was presented at Manifesta 7 in Trento and will be shown as part of a film programme in the Beursschouwburg in Brussels between 25 and 28 March 2009.

The project is supported by the Israeli Embassy in Belgium, the Brandes Family Art Collection, and Rosenfeld Gallery, Tel Aviv. 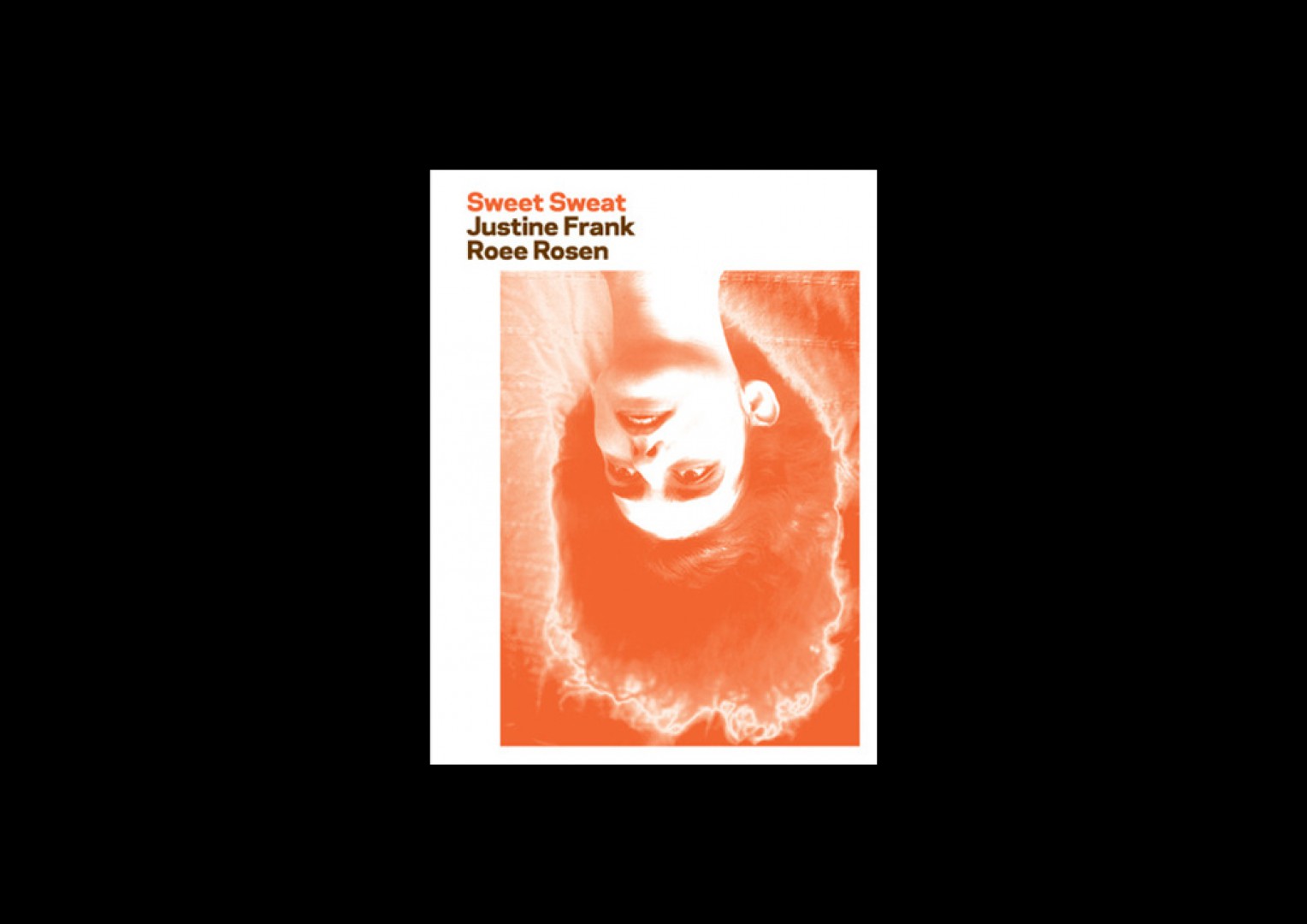