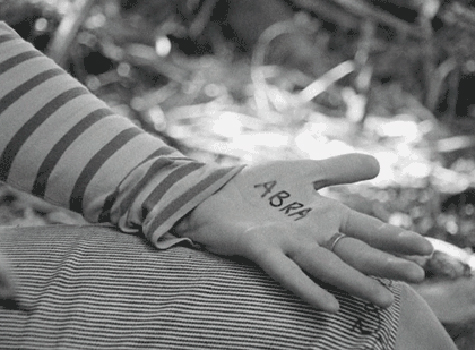 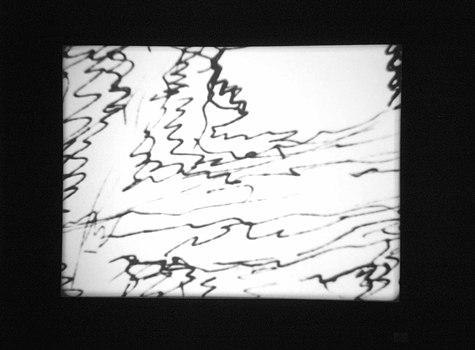 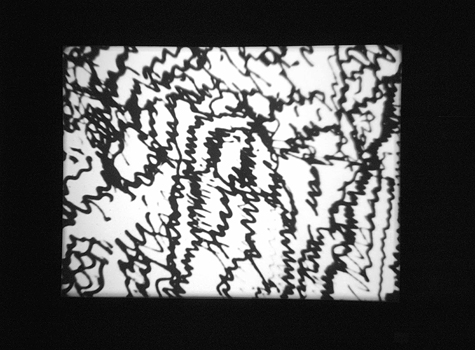 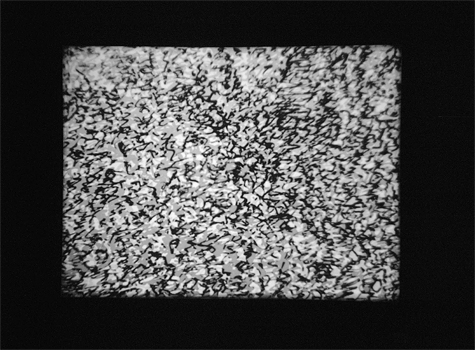 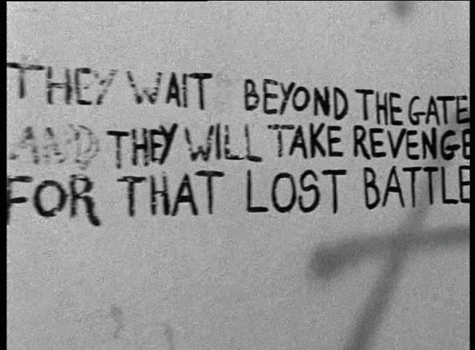 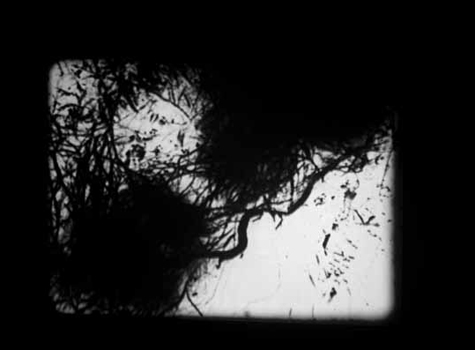 Joachim Koester, Morning of the Magicians (2005) 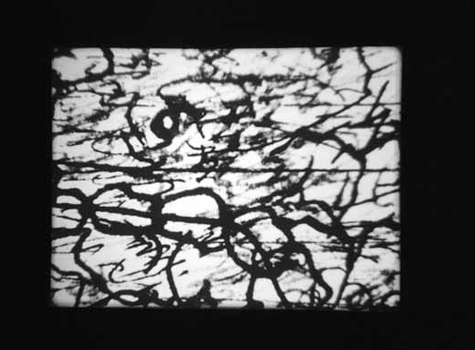 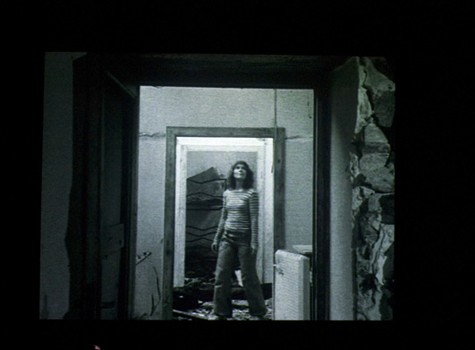 Joachim Koester's solo exhibition Numerous Incidents of Indefinite Outcome brings together four recent and new works. Joachim Koester uses strategies of montage, archiving and storytelling to illuminate historical events. In the past few years he traces the invisible and forgotten histories of transgression, exploring the legacies and remains such as of occult movements and psychedelic experiments.

The exhibition departs from the better known film "Morning of the Magicians" (2005), in which Joachim visits a house in Cefalù, Sicily, that once served as a communal home for the infamous occultist Aleister Crowley and his group of devotees, called the "The Abbey of Thelema".

"One + One + One" (2006) takes the artist's engagement with the "The Abbey of Thelema" further. By placing a girl playing the drumbeats of "Sympathy for the Devil" in the house's garden, he weaves together the histories of counter-culture, the aesthetics of transgression, subjective transformation and political revolt. The title of the work is also a reference to Jean-Luc Godard's '68 film "One+One", which was titled "Sympathy for the Devil" in the United States.

In a third work, Joachim Koester uses the drawings Belgian poet and painter Henri Michaux made under the influence of Mescaline. "My Frontier is an Endless wall of Points" is a 16mm film in which these drawings are being animated, as if coming "back to life" again, thus addressing the question of translatability of something physical and material (that of the psychoactive substance, but as well the materiality of the drawing) into mental images, ideas, and states of mind. Finally, "Numerous Incidents of Indefinite Outcome" is also the title of a newly produced multi-channel monitor work, which draws on H.P. Lovecraft. A cult figure in the canon of the horror genre, Lovecraft published his unrealized stories and ideas in a book called "The Notes and Commonplace Book". By processing the notes of the book through a computer program, a series of new outlines are generated and displayed on the monitors. Joachim Koester turns Lovecraft's ideas into a mental theatre, confronting the tradition of horror narratives introduced by Edgar Allan Poe with the experimental text tradition and the cut-up method of William Bouroughs and Brian Gysin.