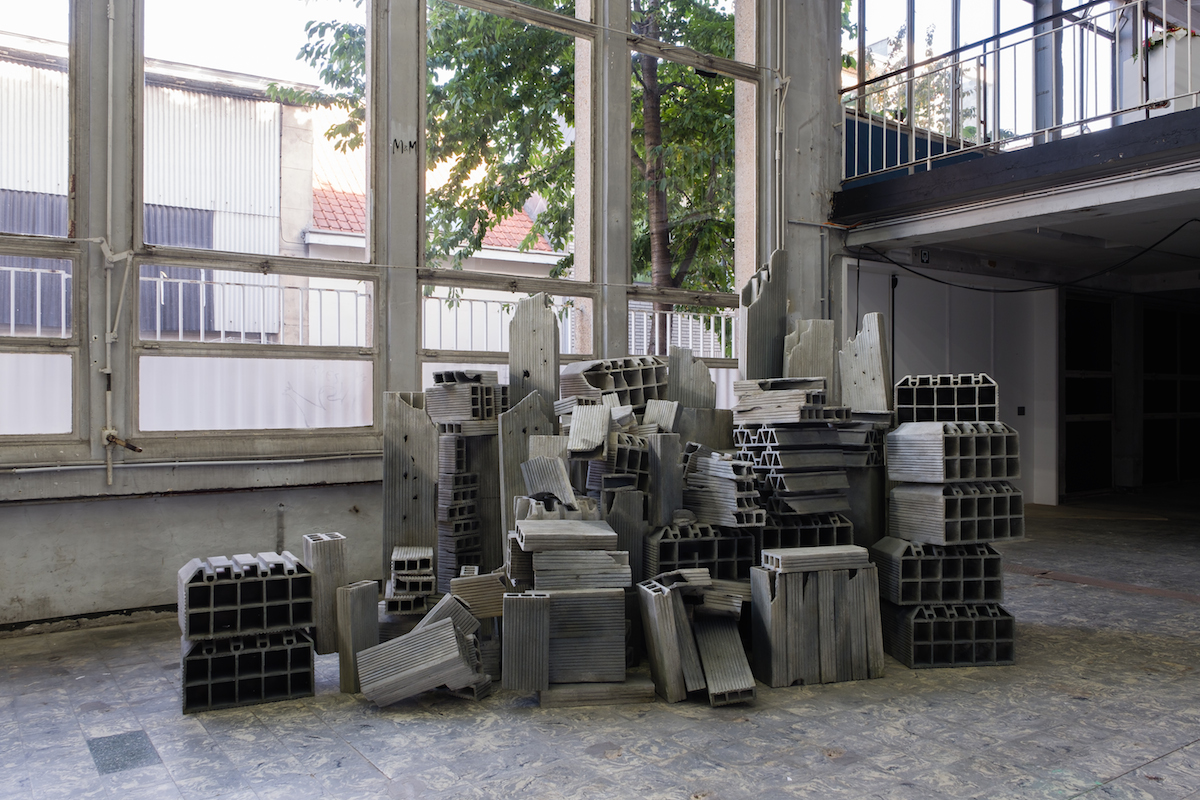 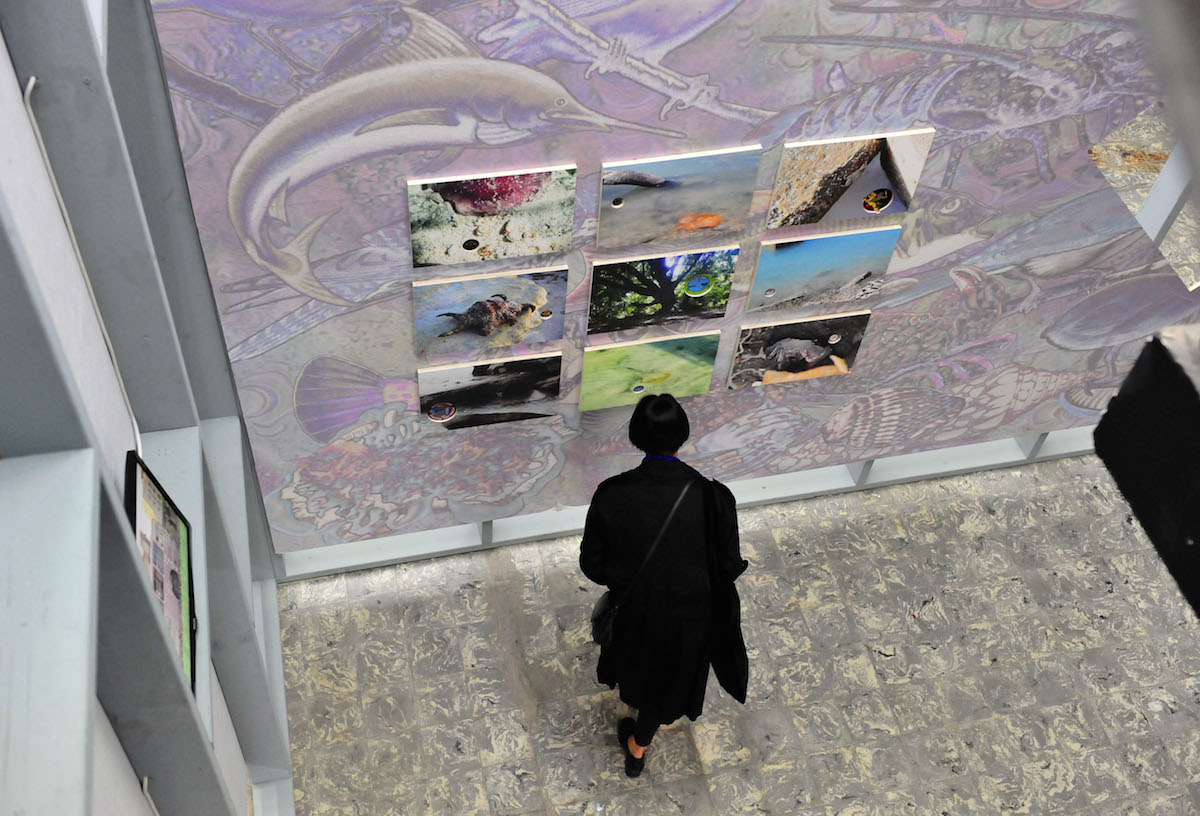 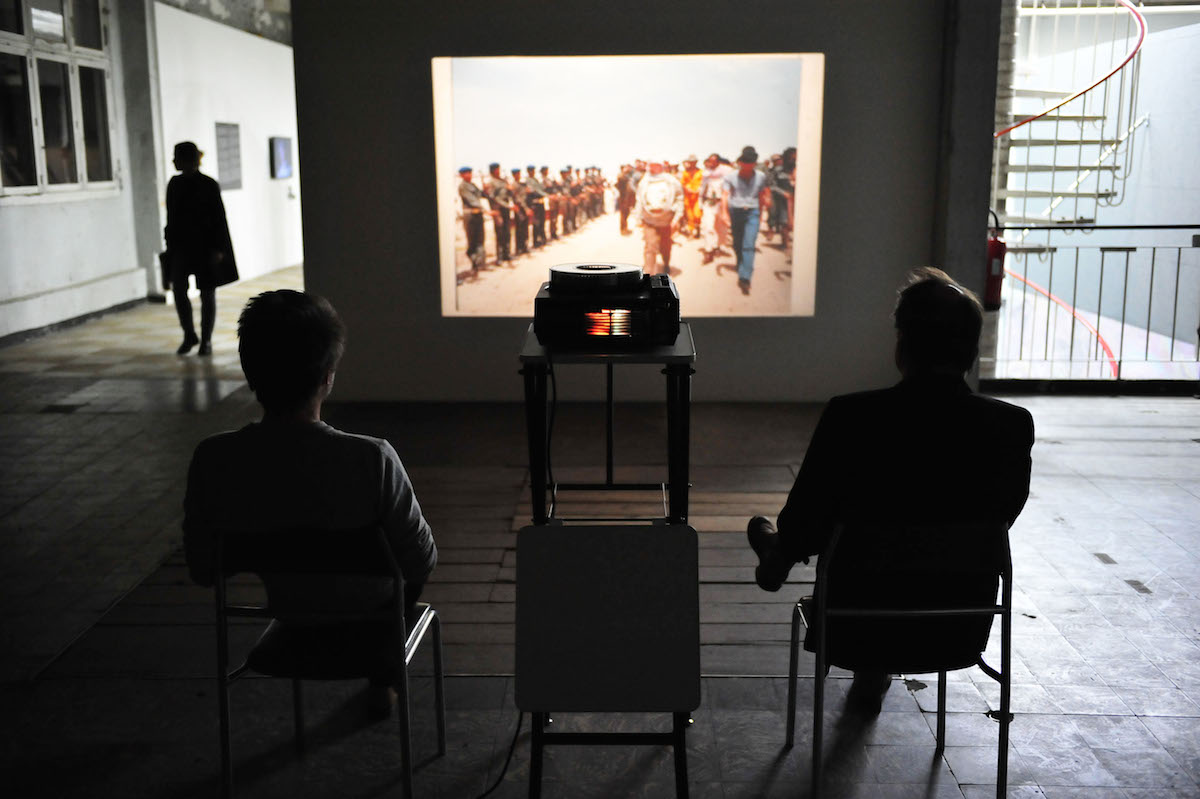 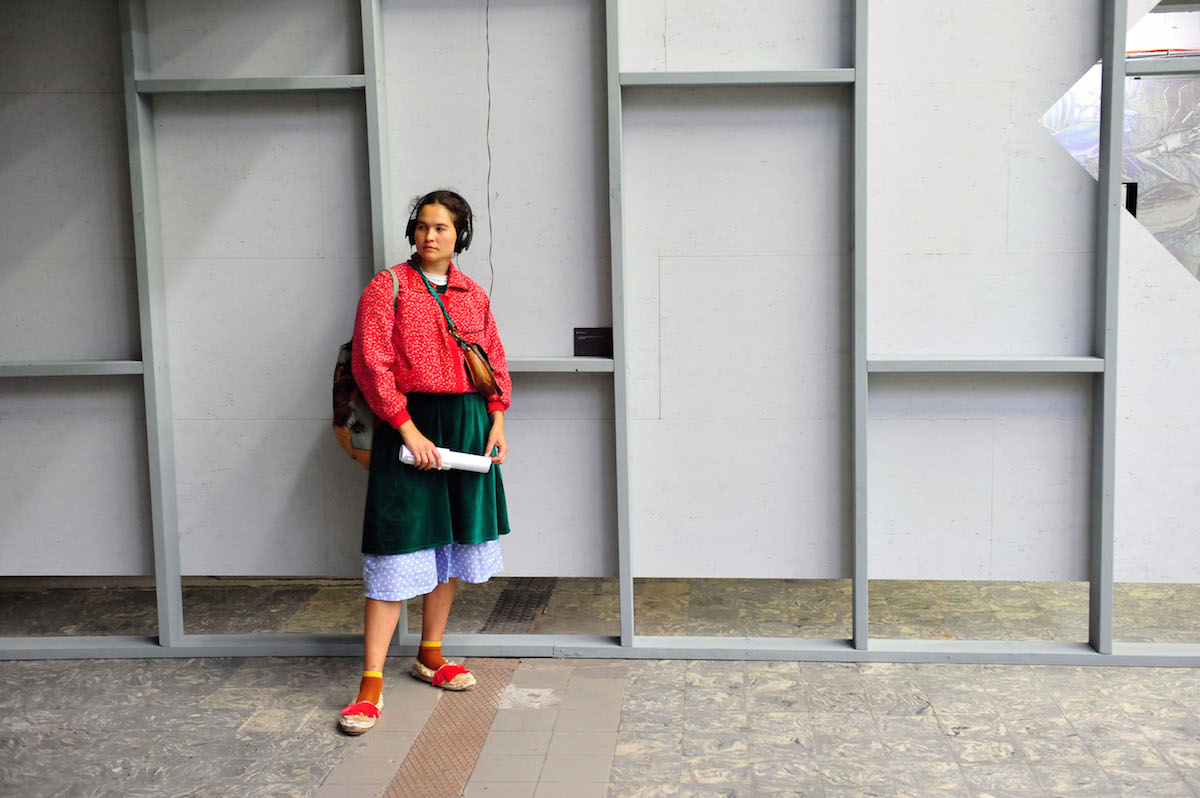 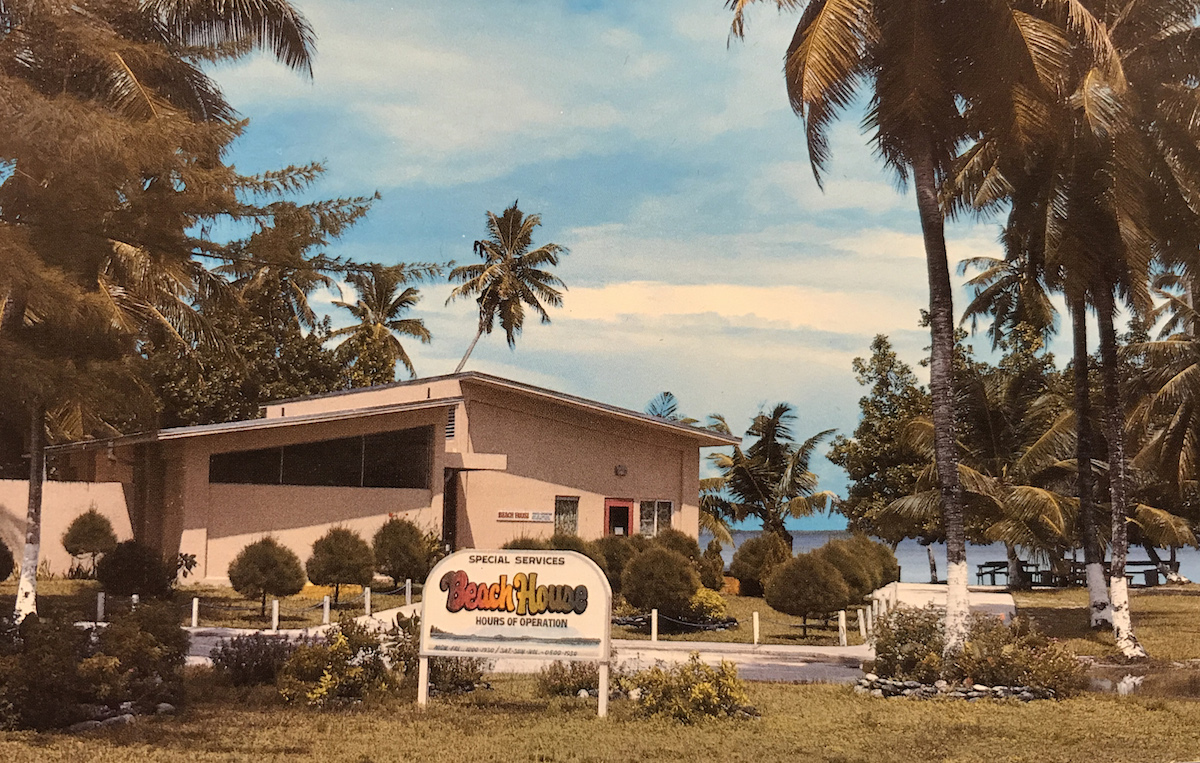 Femke Herregraven, ‘Foul Footprints – No.1 Engineering the islands’, (2018), courtesy of the artist 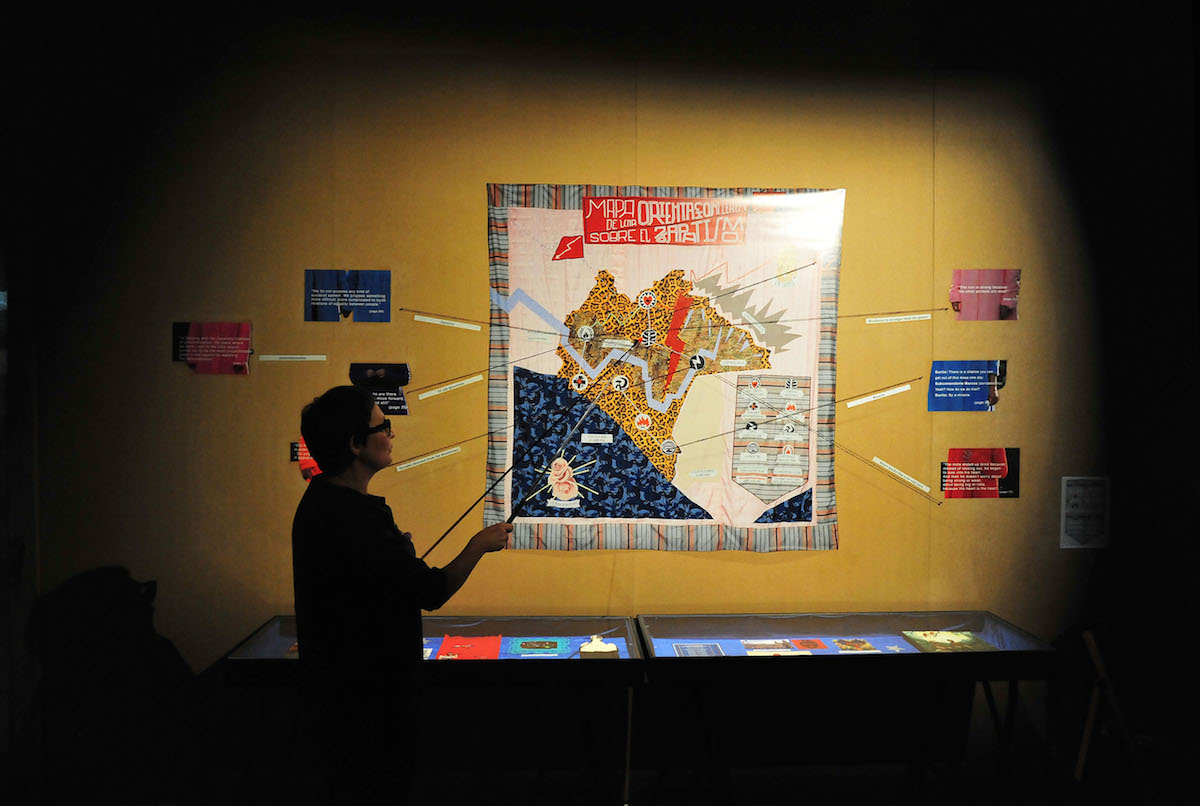 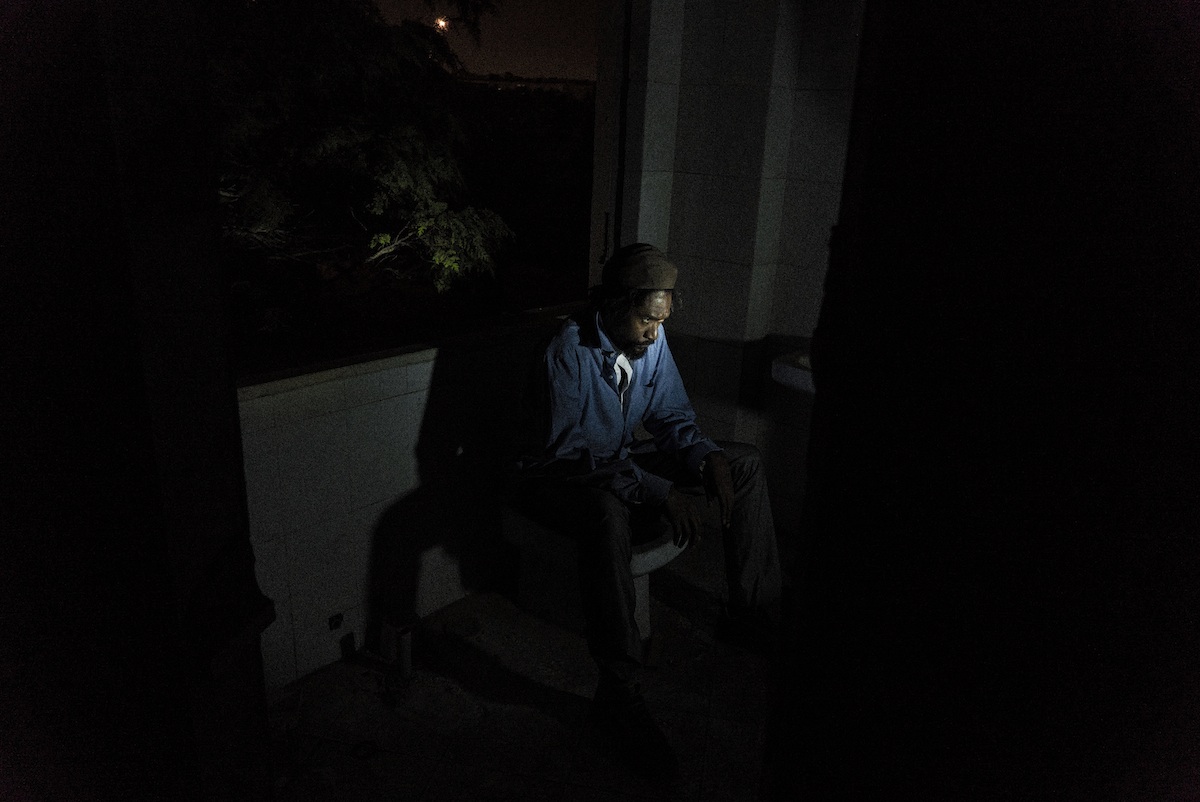 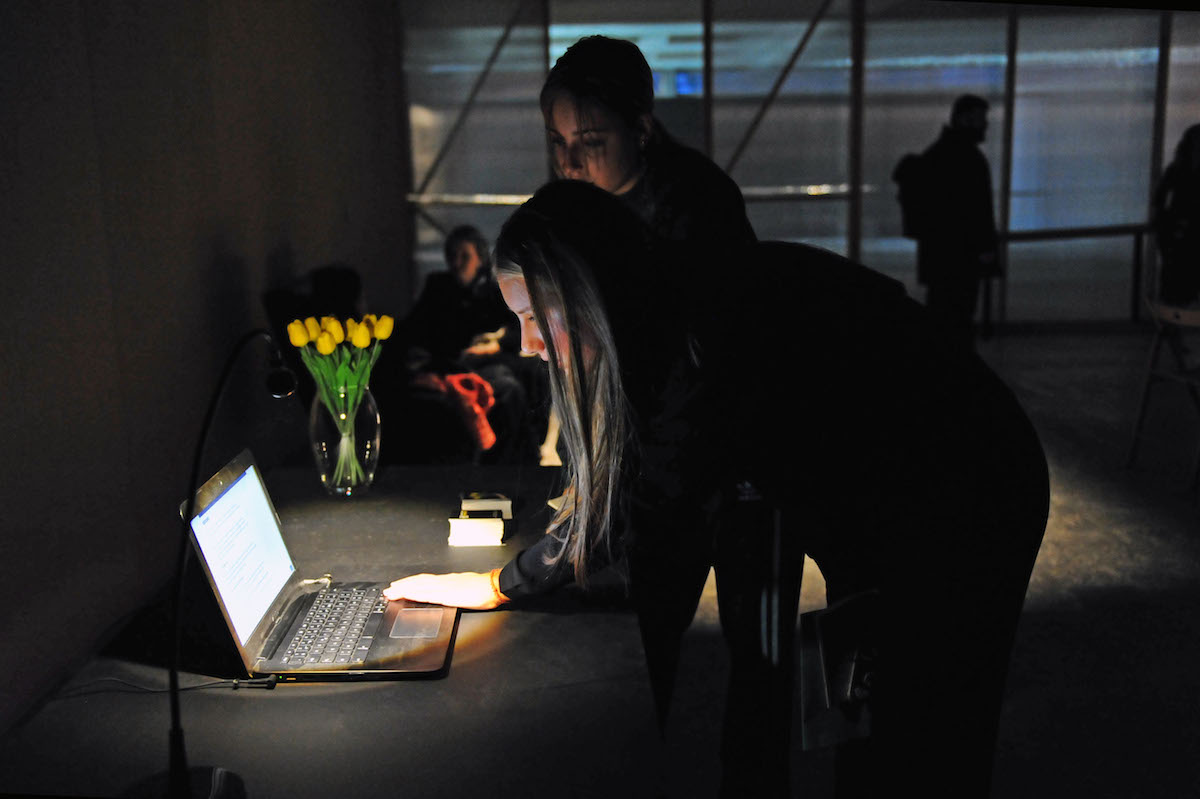 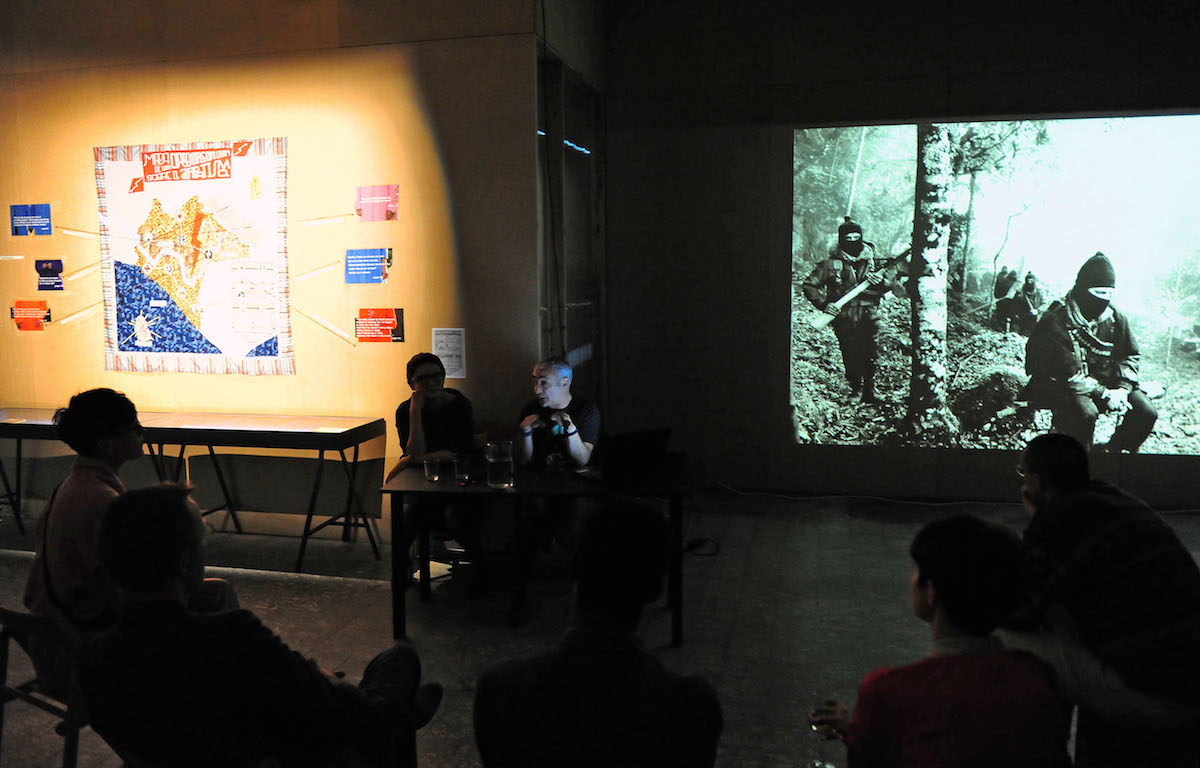 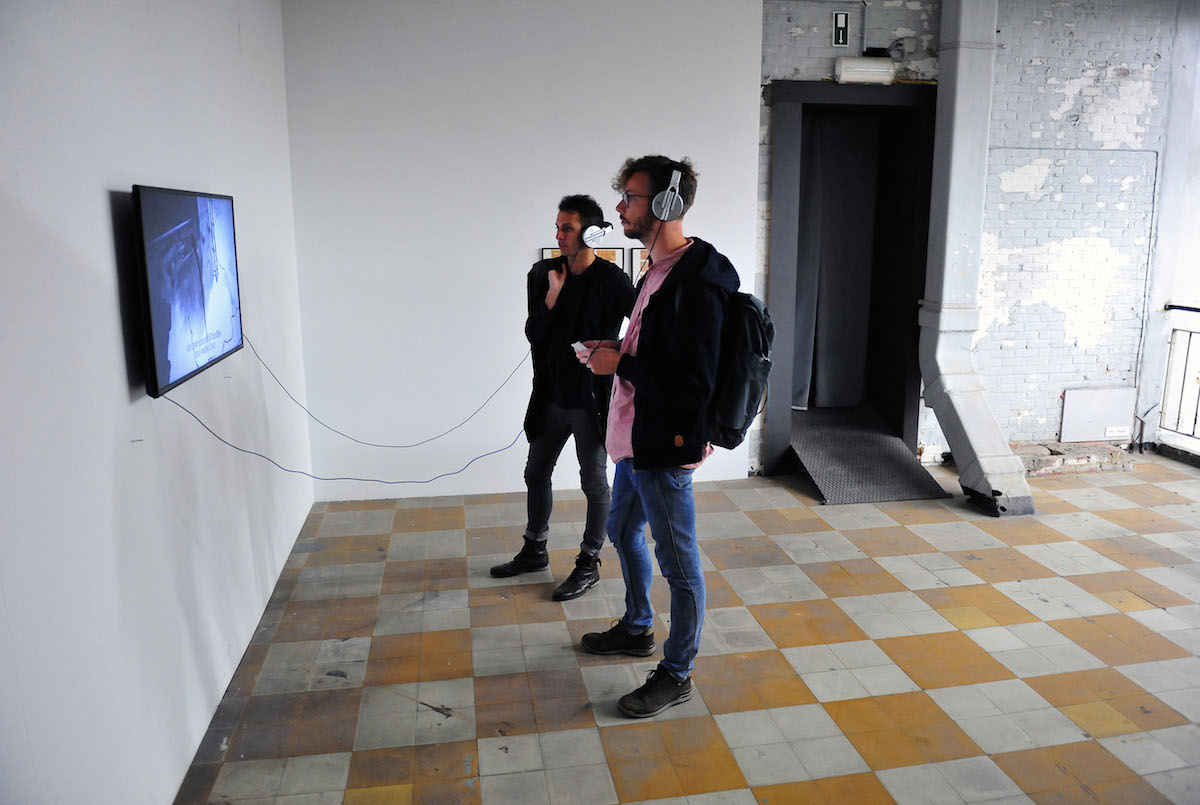 Chto Delat, ‘Slow Orientation in Zapatism’, (2017), courtesy of the artist 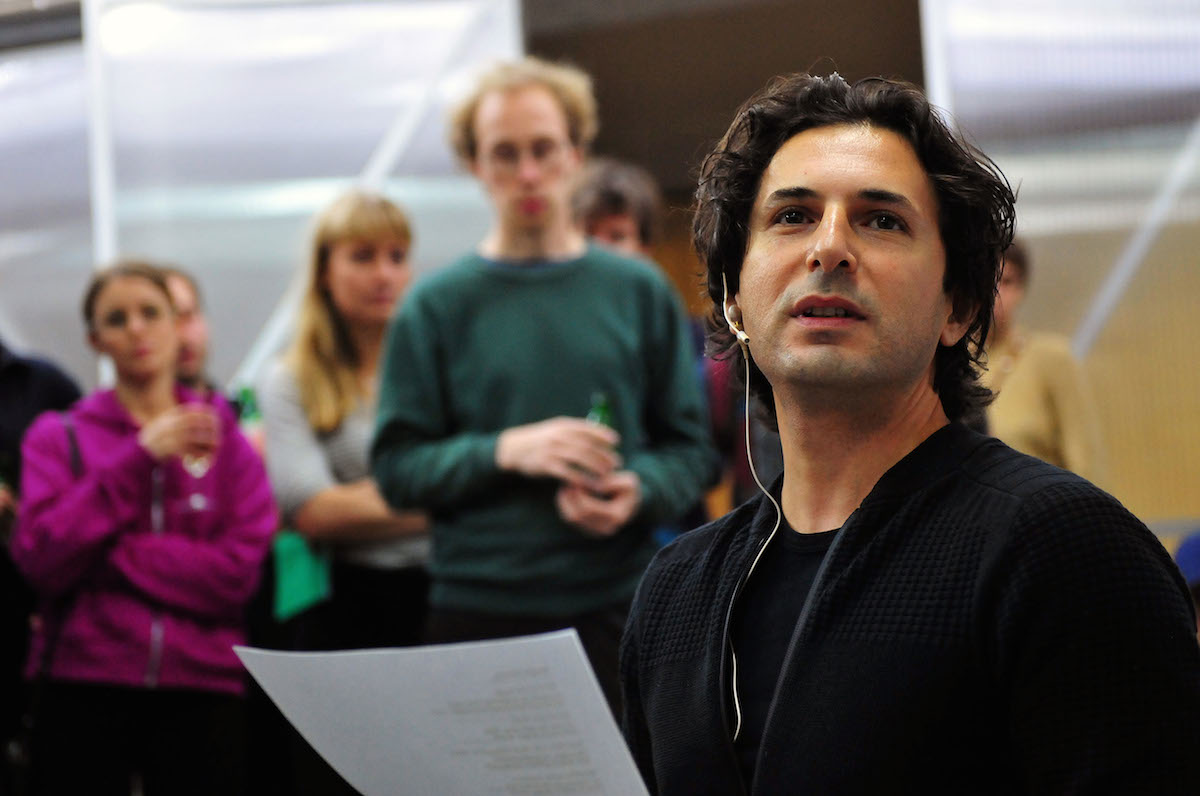 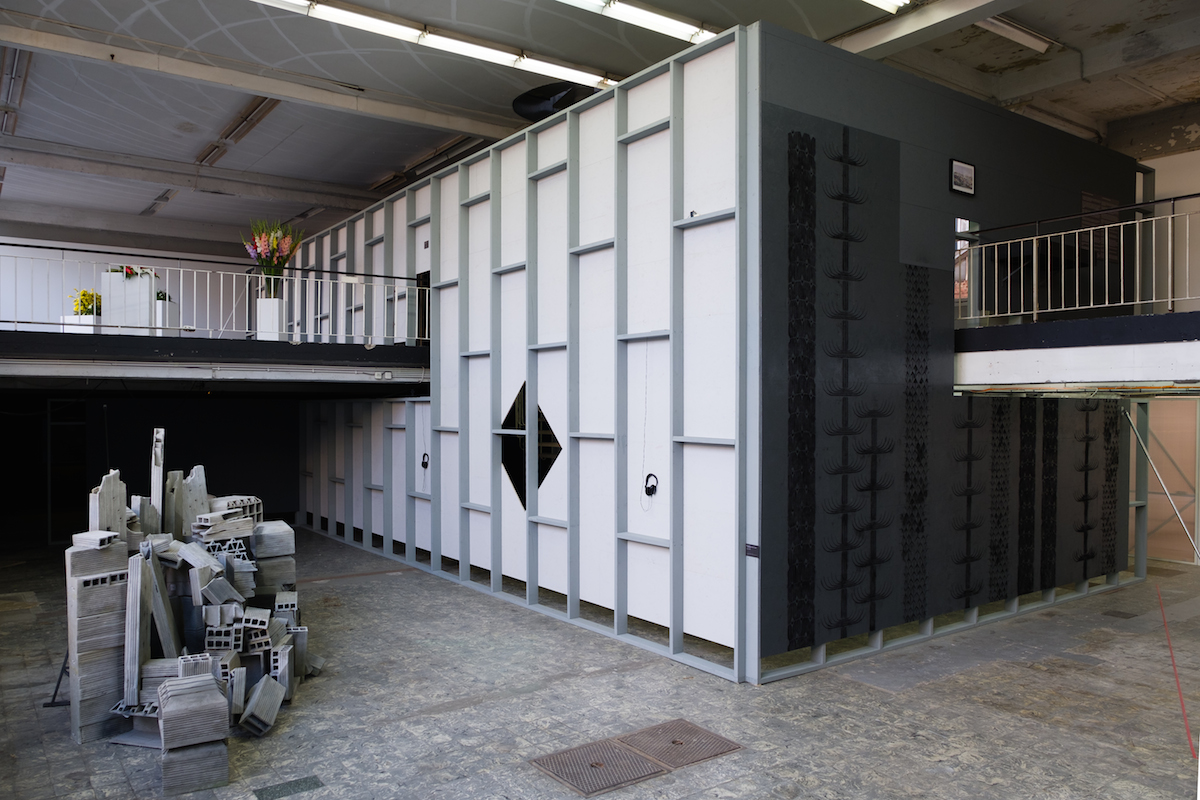 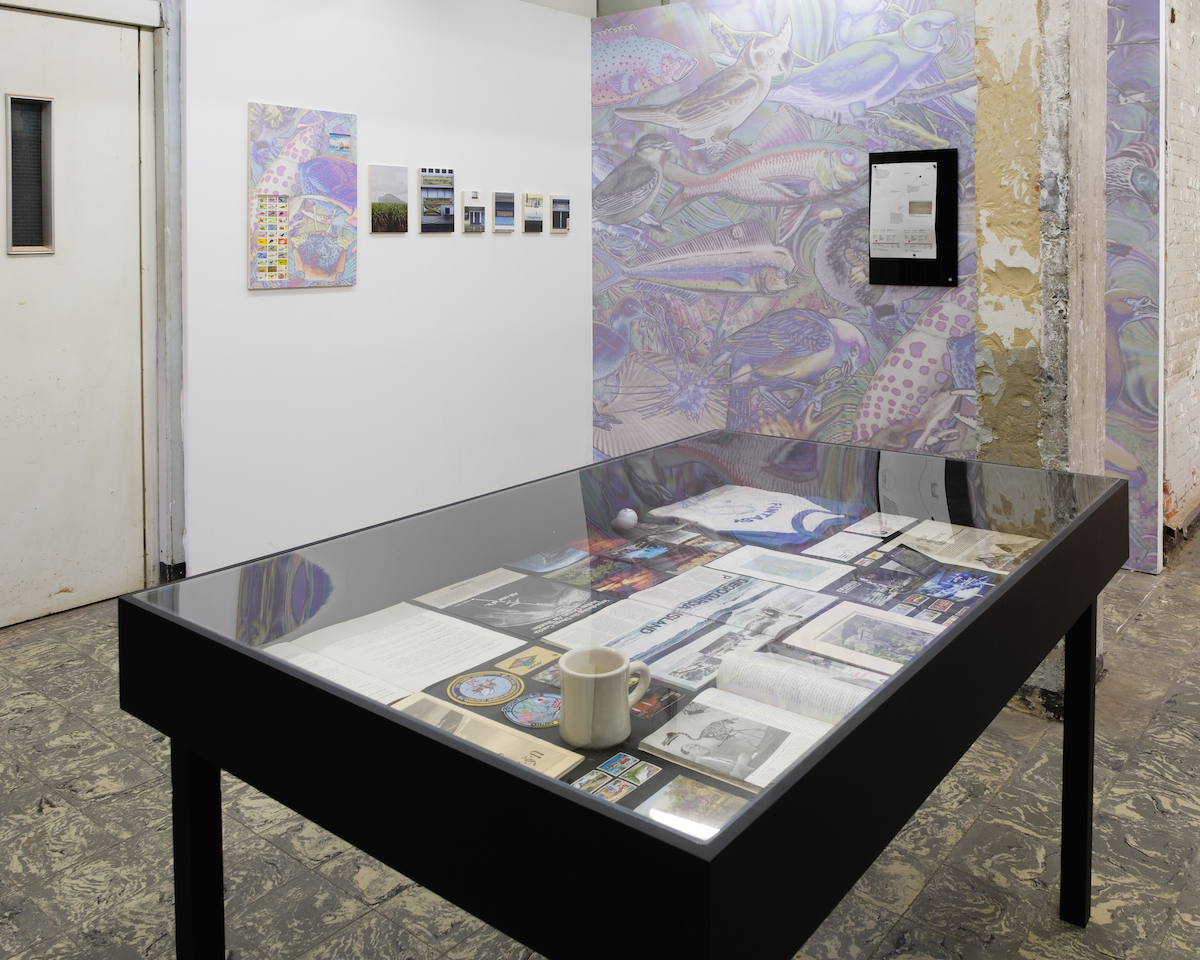 ‘Extra States: Nations in Liquidation’ brings together artists whose works aim to critically address, recompose or bypass the traditional readings of the state. How do we think of “the state” in contemporary society? How much agency and effect do “extra state” power structures have, in the form of political ideologies, multinational companies, supra-state bodies and others, and to what extent can they transcend and bypass the state as we know it? Where do we stand as citizens when “extra states” such as the European Union, Facebook, Cambridge Analytica, the International Monetary Fund or the European Central Bank affect our life?

The exhibition is inspired by the writings of H.G. Wells, Max Weber, Bob Jessop and Nikos Poulantzas – that have reflected on the model and current condition of the “nation-state” – and seeks to look into the possible near futures of international politics, economics and civic society by unravelling the core structures that sustain them. In light of the current conditions – whereby capitalism has reduced state sovereignty, while at the same time the notion of the nation-state is re-emerging through nationalistic rhetoric whilst losing its power – the exhibition asks: what does the traditional state represent? What actual power to govern and define cities do traditional states have today?

In its attempt to re-read the notion of statehood and revisit state theory, the exhibition aims to go beyond the classical interpretations of the state. Instead exploring the “extra” in and beyond the state, displaying the practices of artists with different approaches to the topic: some aim to reveal the little-known activities of the deep state (hushed or top-secret missions of governmental bodies) or share their artistic position vis-a-vis the notion of statehood or the concept of nationality, while some examine socio-political movements striving towards an emancipatory civic society. Others investigate real life examples of what Keller Easterling has named as “extrastatecraft”.

Through divergent readings, 'Extra States' attempts to create an alternative “grammar” of different state formations, resulting in a mapping of emerging and contesting world orders, alternative or transnational coalitions, that define not just the state as a political model, but our manifold states of being in the world today.

- CAHIER #4: Extra States
Further research on the notion of the state and state theory can be found in CAHIER #4, highlighting the thematics addressed in the exhibition as well as assembling texts that refer to the state, with a special edition from e-flux journal that celebrates its 10th year anniversary. The texts are selected by the curator iLiana Fokianaki in collaboration with Anton Vidokle.
The Cahier can be purchased at the front desk (7,50 euro) or downloaded here for free.
> Click here to order the Cahier via email

Nations are so last-century right?
Four films on new states