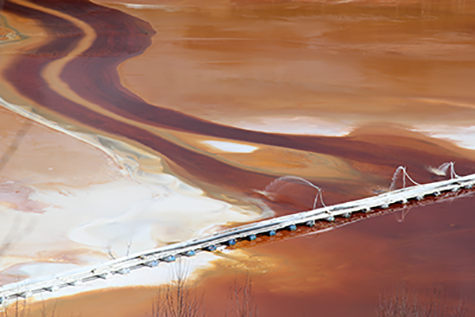 Still from All That Is Solid Melts into Air, 2013. 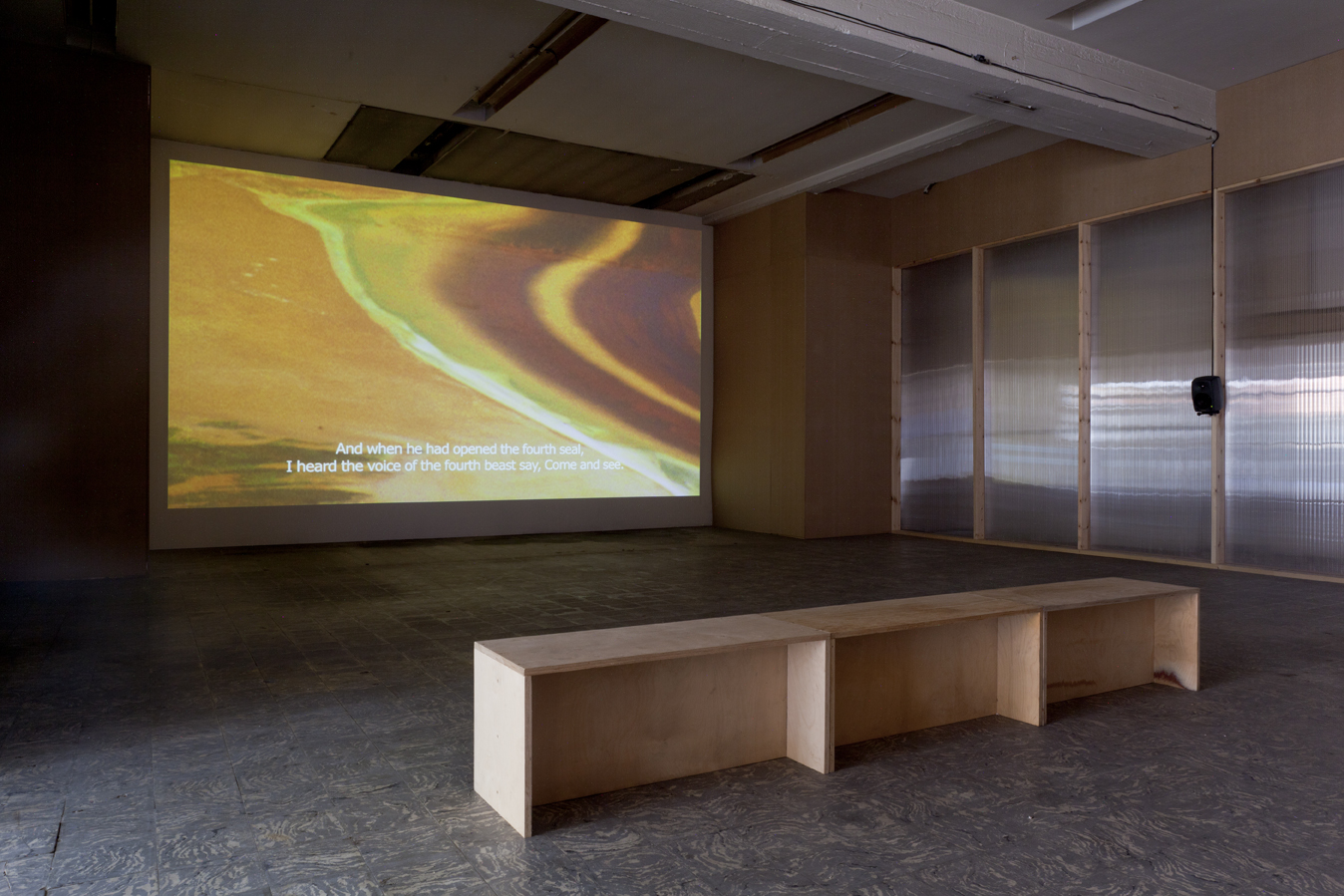 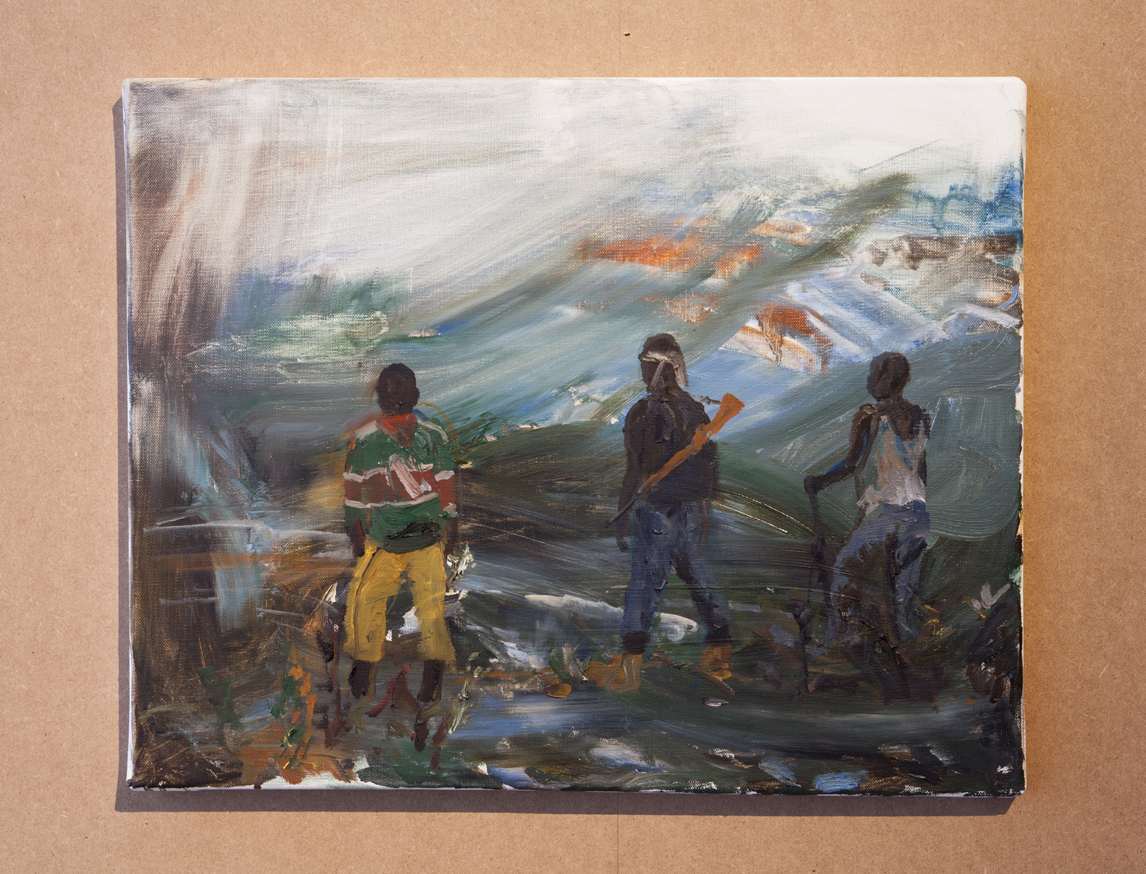 All That Is Solid Melts Into Air

For their first institutional presentation in Belgium, the Romanian duo Mona V?t?manu and Florin Tudor exhibit two new films and an installation. These works reflect on rights – human or non-human (those of animals, trees or stones) – and their suspension or abolition. Indirectly, the artists argue that current representations of the world tie directly into – if they do not stem from – apocalyptic imagination, and visions of how the world might end.

Both films presented here can be read as either local case studies, surveying the symptoms and effects of democratic transition in Romania, or within a universal perspective, as allegories of environmental destruction and economic war, as dramatic antonyms to the slogans of responsibility towards the planet and towards the underprivileged.

It is this broader perspective that materializes in the artists’ installation: a ‘poor’ cosmology, a representation of the known universe as if constructed by those deprived of everything but the zero degree of subsistence – bread. Modeled in dough, planets and their stars constellate on zigzagging pieces of string. Between an image of the cosmos and a makeshift, vacant Panopticon, the installation is conceptually organized around the Declaration of Human Rights, printed on bags of flour. Abstraction and embodiment, erosion and sustainability relate therefore to both ‘our world’ and ‘our rights’: the twinned notions of modern humanism and modern ecology, both relying on an endangered view of global accord.

The video All That Is Solid Melts Into Air revisits the mining site at Rosia Montana, in Northwestern Romania, rich in gold and rare metals. A Canadian corporation advertises its plans for cyanide-aided extraction via a pompously optimistic public relations campaign, contrasting direly with the footage this film builds upon. Rosia Montana, where mining began in pre-Roman times and that was the site of relentless exploitation after the ‘70s, looks frighteningly close to the stock image of a post-cataclysmic planet, where all signs of dwelling have been submerged in reddish waste water.

While the decision-making process around this mining project indicates the subordination of legality to corporate interests, the few remaining locals are forced into an upward migration, relocating each year further up the mountain to survive the rising residual waters. They are faced with the prospect of definitive dislocation when the plan, with its “community assistance” rhetorical ornaments, is carried out. The artists’ research at Rosia Montana revealed a situation where nothing is solid and nothing is imaginable, where projects for redeeming environmental and existential damage liquefy at the same speed as the shapes of the mountain’s former landscape.

The slow-motion ‘apocalypse’ triggered by injecting chemical cocktails into the ground echoes in the two elements that form the soundtrack to the film. Fragments of political speeches by Salvador Allende and Thomas Sankara punctuate a complete reading of the Revelations of St John, the Bible’s final chapter. The text of the Apocalypse enters a peculiar relation to the obliterated landscape: word and picture oscillate in relation to each other, and exchange the functions of figure and ground. The two ‘scripts’ for renewal in the soundtrack, either through destruction or revolutionary transformation, write a history of the idea of future: from a future which ends with the apparition of a wrathful god, to a future that – after the 20th century – humanity can unleash against itself.

The Unblinded departs from a report on the attempt of the Romanian Orthodox Church to secure a national monopoly of the manufacturing of candles, divesting, among others, a blind persons’ association of their only source of income. In the film, we see a young blind woman being taught to make candles in a workshop that trains people with disabilities. Operating ironically around the concept of illumination, The Unblinded reproduces at an individual scale the disparity between those who need and those who grant salvation, between fragile life and insidiously deadly rhetorical or economic constructs. Unseen light stands for the obstructions separating those who make and those who consume, the regimes of value that disunite work and worth.