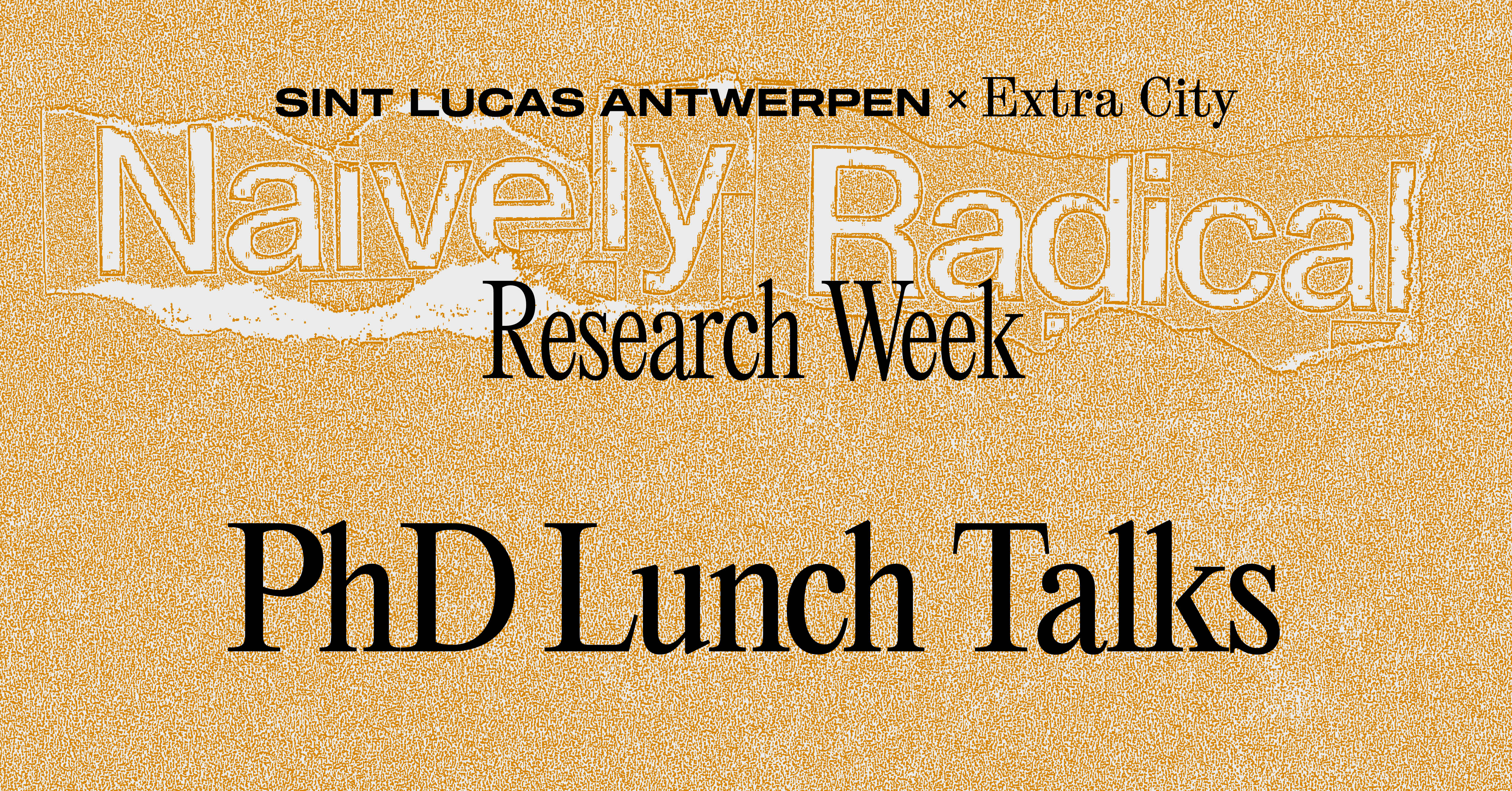 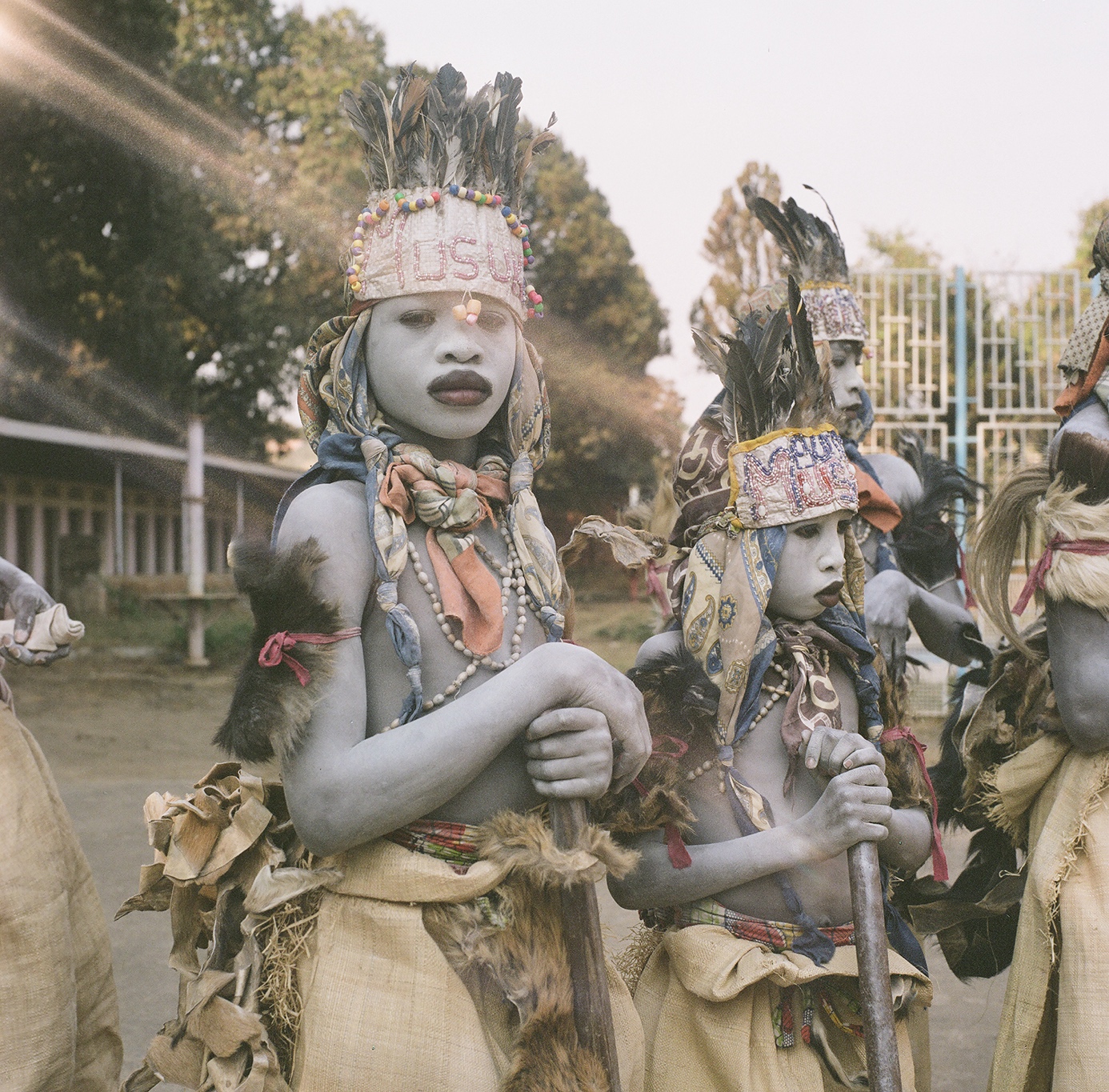 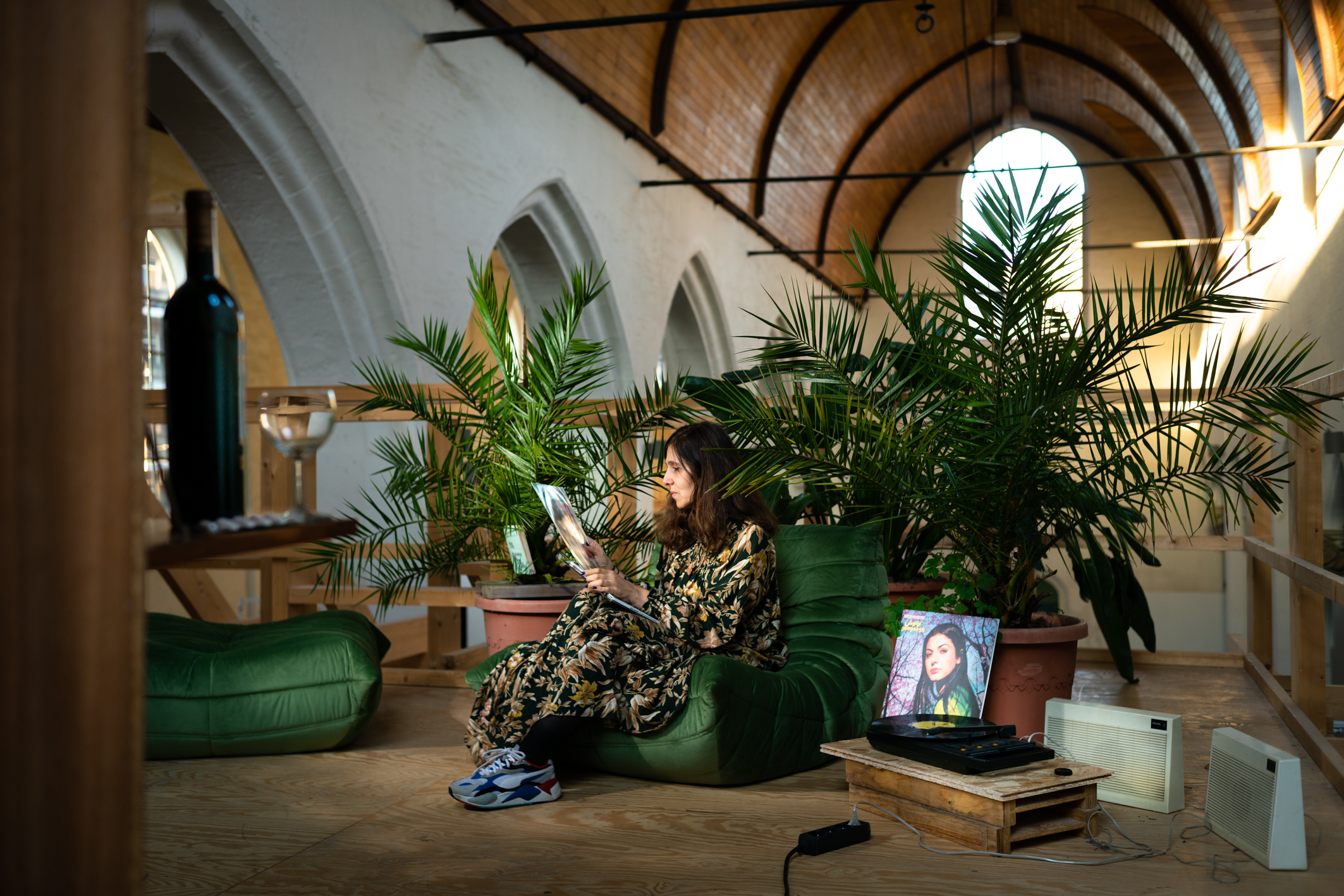 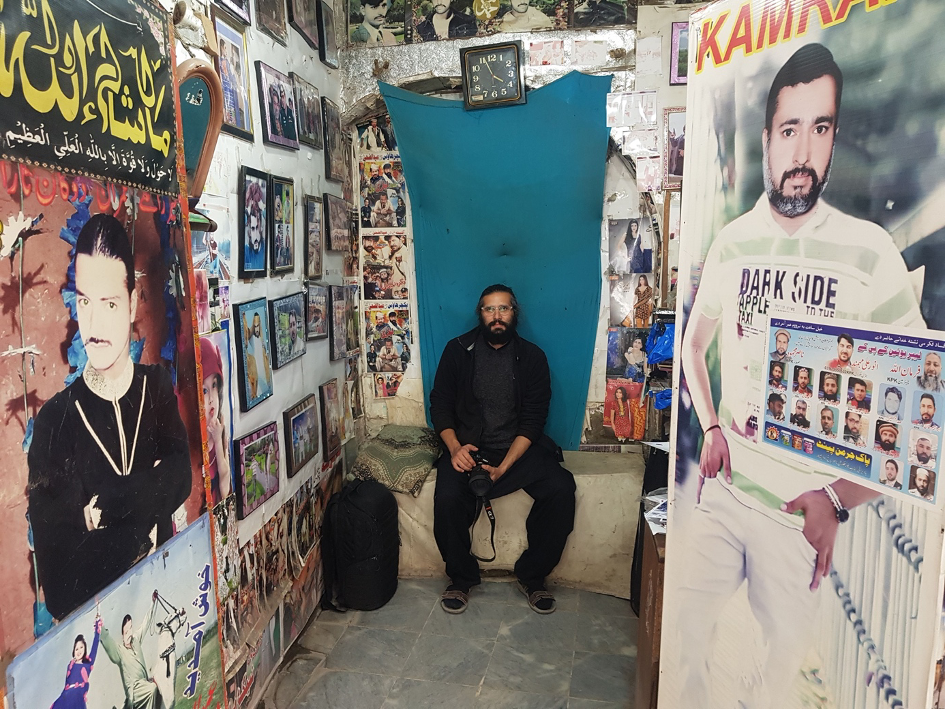 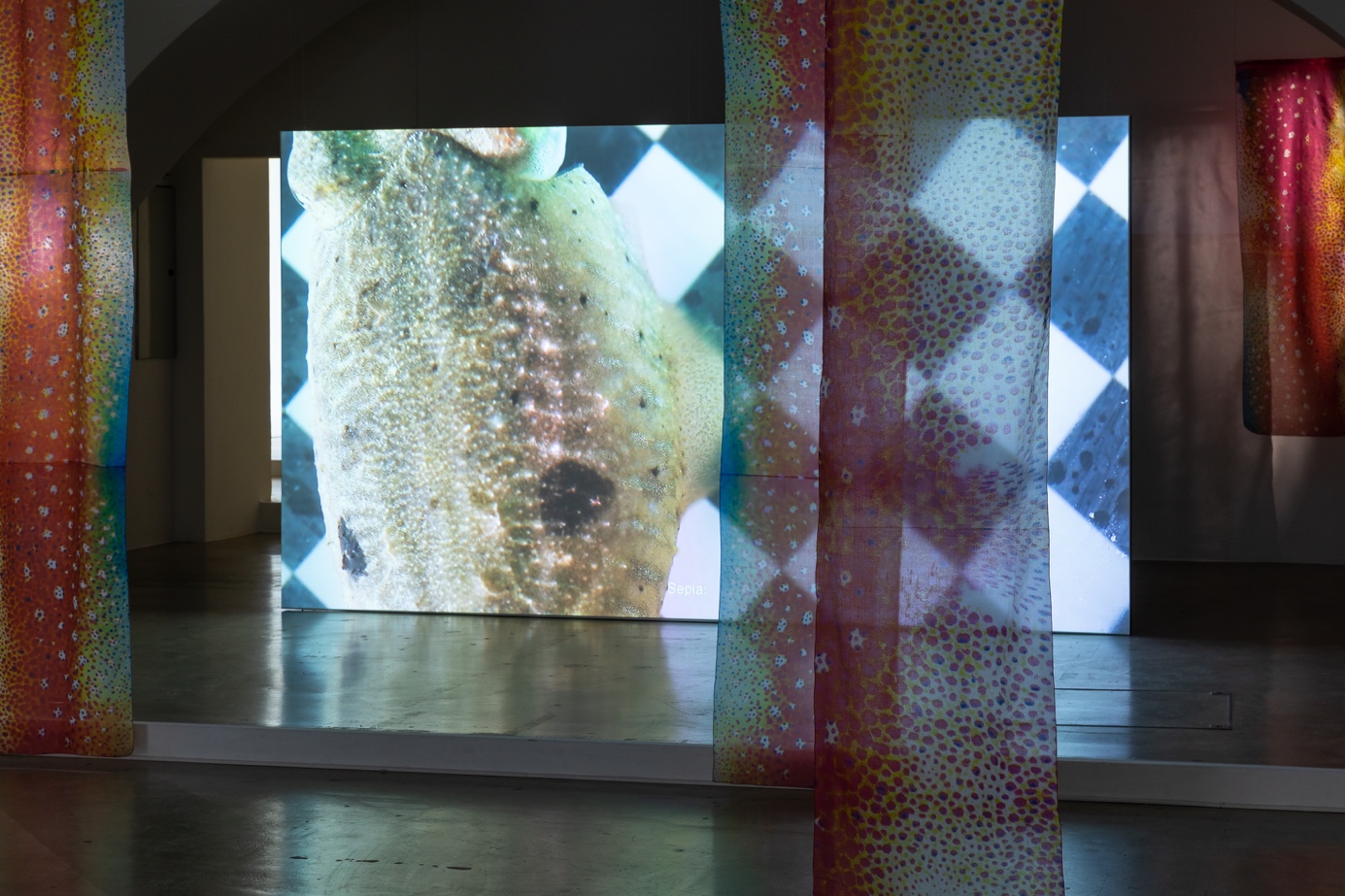 During the Naively Radical Research Week we host a daily PhD Lunch Talk between 12:00 and 13:30.

Visual artist Saddie Choua is two years into her PhD research at RITCS. Petra Van Brabandt will go in conversation with her about her research project The personal is (not) political in which she investigates how art can be political-emancipatory given the patriarchal, racist, and capitalist society in which it operates. How to make images that are not only telling stories about the other but that also transform the viewer into a political subject. How to make a film that does not only confer knowledge about the world, but that also generates self-knowledge and reveals one’s own position in relation to existing power relations. How to speak and imagine differentlyfrom a subaltern position and which tools to use to break the dominant images and narratives?

Visual artist Sammy Baloji is two years into his PhD research at Sint Lucas Antwerpen. His supervisor Bambi Ceuppens will talk with him about his research project Contemporary Kasala and Lukasa: towards a Reconfiguration of Identity and Geopolitics. This project aims at creating new memory devices, based upon two existing ones used by different Luba groups living in the DRC; Kasala, a ceremonial poem and Lukasa, a memory board used in ritual performance. The two groups using these memory devises were divided during the colonial era by boundaries erected between the former provinces of Kasai and Katanga. The art works to be created in the context of this research project are meant to bridge these groups back together through a narrative that is part personal, part historical, part fictitious.

Visual artist and photographer Danial Shah is just starting his research at Sint Lucas Antwerpen. His supervisors Ruth Loos and Paolo Favero will talk with him about his research project Visions of becoming and belonging: an (autobiographical) exploration of photo studios in Balochistan, Pakistan. This research builds upon a creative practice-based engagement with the world of photography in the context of Pakistani popular culture. Focusing on the world of photo studios in contemporary Balochistan (Pakistan), the project enters the terrain of the vanishing. With the arrival of digital technology photo studios are disappearing and along with them also their hand painted backdrops, props, costumes and cameras, the long sessions, the chatting and the manuality that make up the social life of these environments. What is not disappearing, however, is the desire to transform life by means of photographs where individuals are allowed to enter a fantasy world. Focusing on photo studios and portraiture, the aim is to investigate the performativity of photographic images.

Visual artist Bianca Baldi is one year into her PhD research at Sint Lucas Antwerpen. Her supervisor Petra Van Brabandt will talk with her about her research project Play-White: Racial Passing and Embodied Images. This research introduces a critical approach to ‘racial passing’ and its complicity with image production. Someone who can pass for white is socially designated as one racial construct but performatively plays out whiteness. Passing complicates our current understanding of visual production and categories of identity. Through her image-making practice, Bianca Baldi will reflect upon a visual history of racial passing in the South African context. Her research functions as a meditation on passing, embodiment, self-presentation, and the aesthetic thresholds of identity. 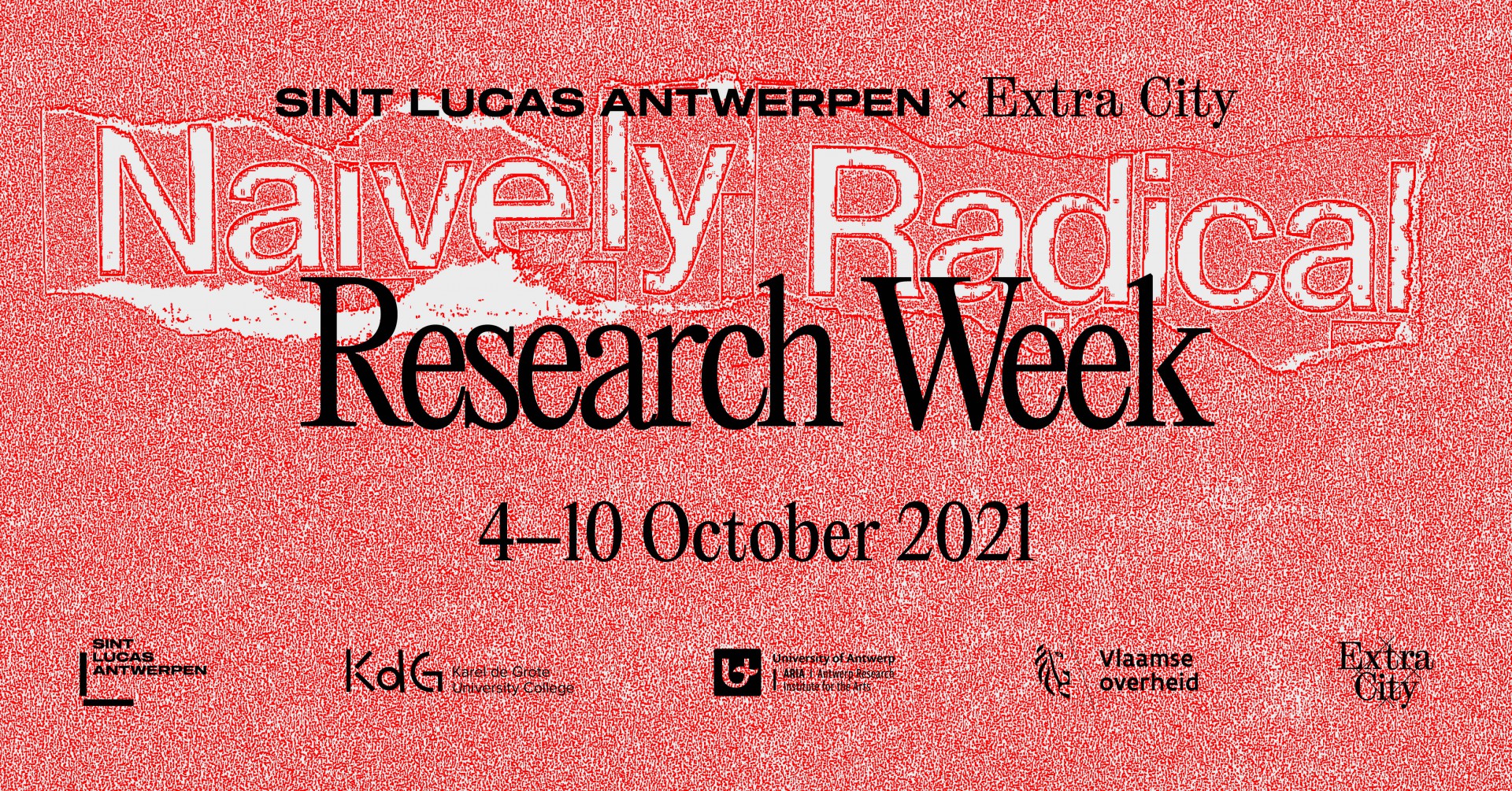