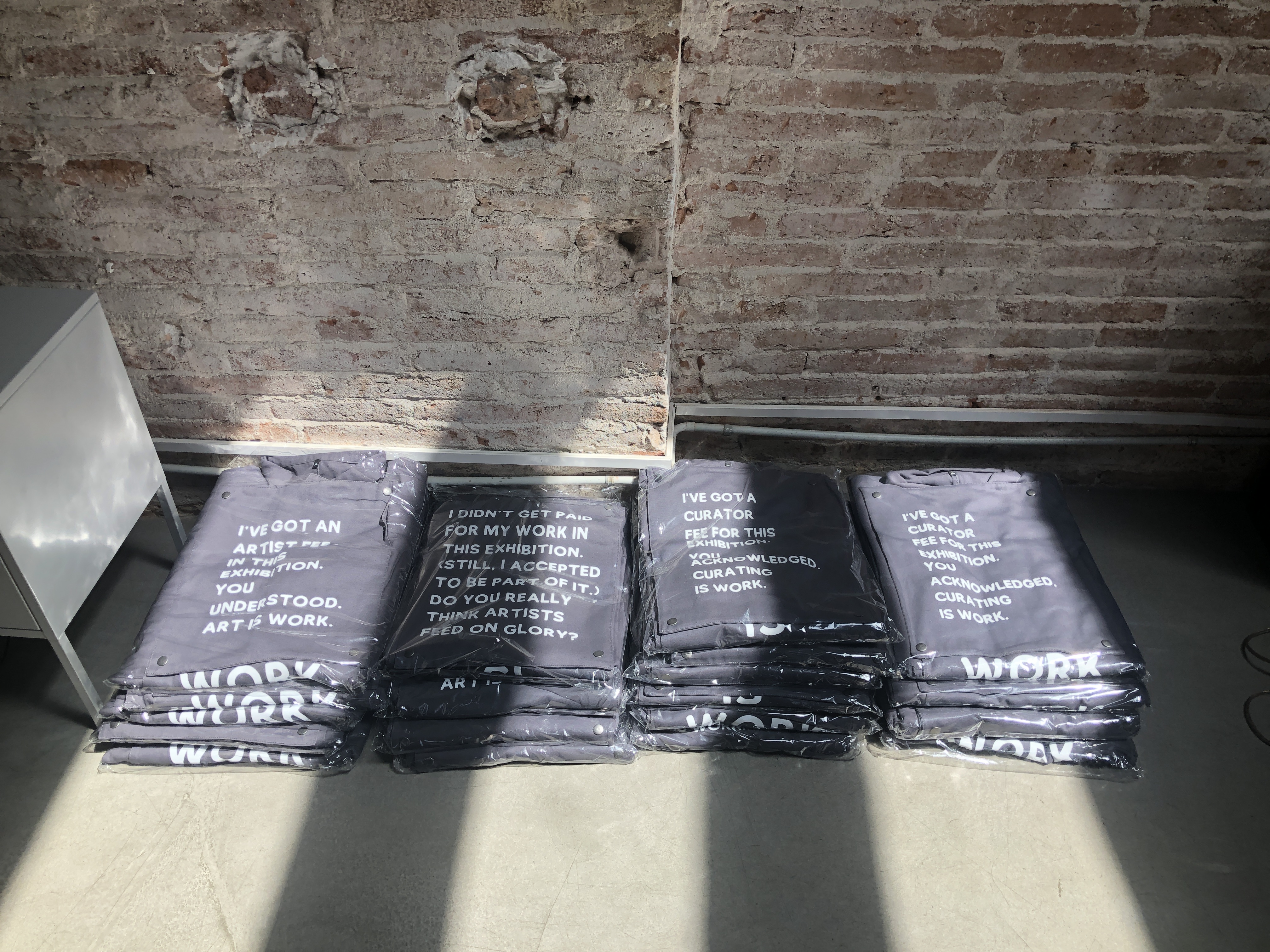 Through the texts inscribed on the two “ART IS WORK” statement uniforms for artists and curators, the work of Apparatus 22 opens crucial conversations about the recognition of artistic and curatorial work and continues a long-term commitment of the art collective to set in motion processes of change.

At the opening the 4th of February, the collective will activate the uniforms and engage in discussions with members of the audience.

ART IS WORK was created in collaboration with Kunstenpunt.

Apparatus 22 is a transdisciplinary art collective founded in January 2011 by current members Erika Olea, Maria Farcas, Dragos Olea together with Ioana Nemes (1979 - 2011) in Bucharest, Romania. Beginning with 2015 they are working between Bucharest, Brussels and SUPRAINFINIT utopian universe.

They see themselves as a collective of daydreamers, citizens of many realms, researchers, poetic activists and (failed) futurologists interested in exploring the intricate relationships between economy, politics, gender studies, social movements, religion and fashion in order to understand contemporary society. 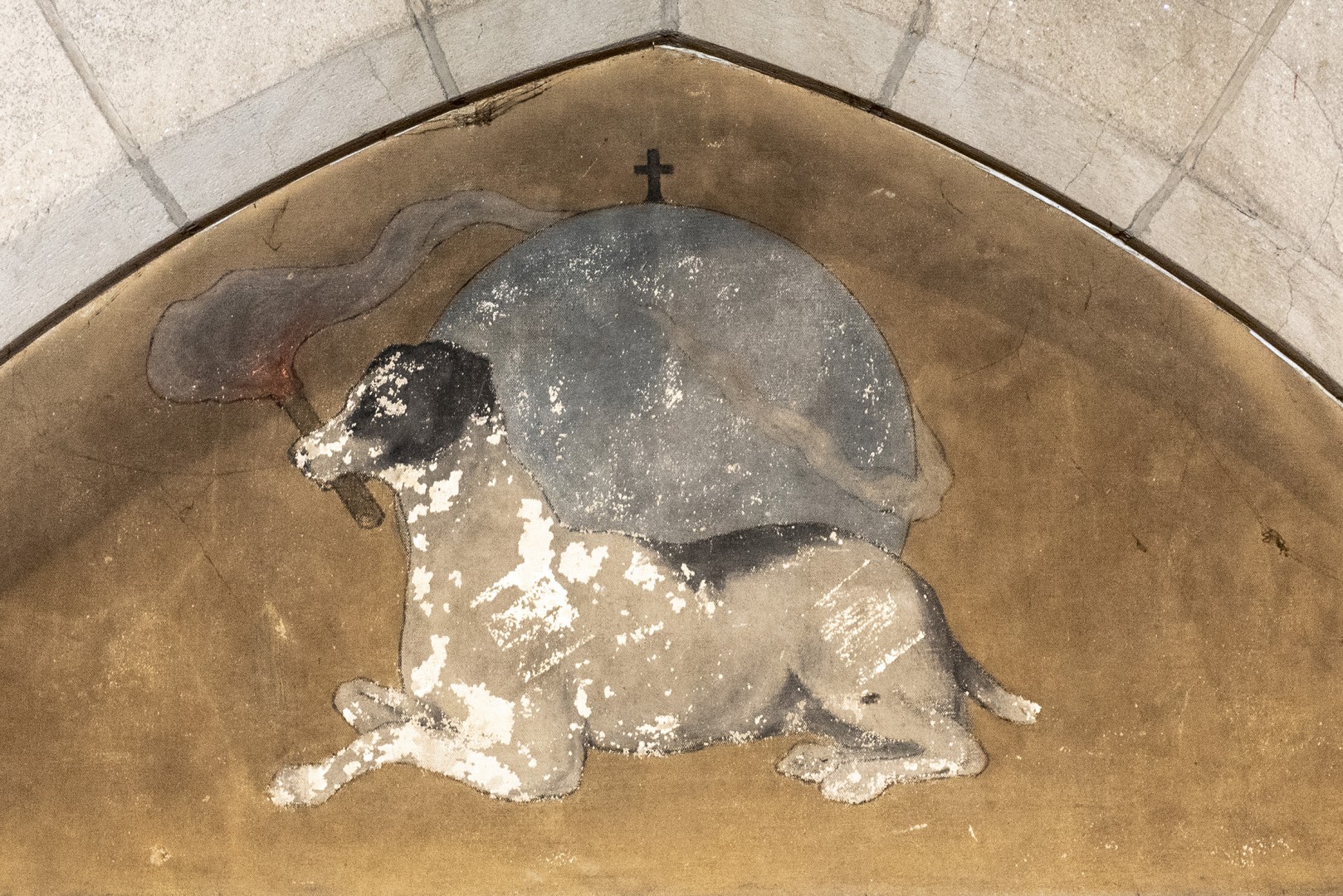